The 73-years-old Mathew Uzhunnalil, elder brother of the Indian kidnapped priest (Fr. Tom  Uzhunnalil) has gone on exile from his occupation and family to cry-out to God in an unceasing prayer for the safety of his kid-brother Fr. Tom Uzhunnalil who was kidnapped by ISIS in Aden, Yemen, in early March. Mr. Mathew Uzhunnalil with a painful heart retreated to their family home in Ramapuram of Gujarat,  where all of the eight Uzhunnalil’s siblings were born and brought up.
Mathew Uzhunnalil from the Uzhunnalil’s ancestral home in Ramapuram told Catholic News Service (CNS) of his hopes saying “I am waiting for clear good news. Until then, I will stay at home,”
Mathew Uzhunnalil have lived in their ancestral home where he and the rest of his siblings all grew, which located in the midst of rubber plantations, he is living without any radio or TV (to avoid distractions of any kind to his prayers). He told CNS he would remain there until “only after I have clear news about Fr Tom”, his 56-year-old younger brother.
Mathew Uzhunnalil said people have been coming to him to how the Indian foreign minister said his brother was safe. The government also assured a delegation from the Catholic Bishops’ Conference of India that the government was exploring all possible means for his “quick and safe release”.
“A lot of people are coming here [to the house] and even hold prayer meetings [for the safety of the priest],” he told CNS.
“I pray, recite the rosary and read,” Mathew Uzhunnalil replied when asked how he spent time in the home.
“Leave everything in God’s hands and trust in him. Everything is secure in God’s hands,” Mathew Uzhunnalil said, quoting a book his sister gave him years ago.
Reflecting on the deep faith of younger brother, Mathew Uzhunnalil said: “Fr Thomas is a very cool and quiet person.”
He recalled that his brother shared what he used to tell the Missionaries of Charity in the evenings at the old-age home in Aden, where four nuns and 12 others were killed when the priest was kidnapped.
“We got one more day today. Let us thank God for that,” Mathew Uzhunnalil said, quoting the kidnapped priest.

Pope to Missionary Priests: “Every missionary is called to remember their own sinful existence and humbly place themselves as a channel of God's mercy” 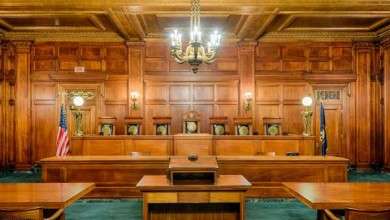 Islamic State attack the Centre of Christianity in Syria