Advertisement
Existing in some form since several hundred years before Christ, the Latin language seems like an unlikely subject to still be generating brand new research, especially among young scholars.
Nevertheless, the theme this year of the Vatican’s humanities-themed contest, the Prize of the Pontifical Academies, is all about Latin. And the final winner – awarded 20,000 euros (more than $21,400) – will be chosen by Pope Francis.
So why does the Catholic Church care so much about promoting the Latin language? For quite a few reasons it turns out.
“In the Vatican some of the more important documents issued by the Pope and the Holy See are officially written in Latin,” Fr. Roberto Spataro, secretary of the Pontifical Academy for Latin, told CNA. The Church’s standard version of the Bible, called the Vulgate, is also in Latin.
Apart from this very practical reason, he said, through Latin we are also able to be in touch with the vast heritage of the Church throughout the ages and “discover that this very language has long been the medium of dialogue between faith and reason.”
The 2017 Prize of the Pontifical Academies is sponsored by the Pontifical Council for Culture and the Pontifical Academy for Latin, or Pontificia Acadamia Latinitatis, which was founded by Benedict XVI in 2012 through the motu proprio Latina Lingua.

“Pope Benedict … wanted to inspire the universal Church lest it forget Latin is the key of an immense treasure of wisdom and knowledge,” Fr. Spataro said.
This is the Church’s most recent document affirming the importance of the study and preservation of Latin, but by no means is it the only one.
In 1962, St. John XXIII issued the apostolic constitution Veterum Sapientia, in which he “solemnly stated” that Latin has three distinctive characteristics making this ancient language the “rightful language for the Roman Catholic Church,” Fr. Spataro said.
Just as the Church is by nature ‘catholic’, or ‘universal,’ the Latin language is also international, not belonging to one country or place; and because it is no longer a living language, it is also immutable.
This “makes it perfect for dogmatic and liturgical assessments as such intellectual activity requires a lucid language that leaves no ambiguity in expression,” he explained.
And finally, “it is beautiful and elegant, and the Church is always a lover of arts and culture.”
Organized every year by the Pontifical Council for Culture, the 2017 Prize of the Pontifical Academies is on two themes: Methodological proposals for teaching Latin today, and the reception of ancient Christian Latin between the medieval and modern eras.
The first topic “is reserved to institutions (academies, schools, associations, foundations, research groups etc.) that are engaged in formative activity among the youth,” the Prize’s press release states.
The second is for scholars between the ages of 25 and 40 who have produced doctoral theses or publications on the theme in the last five years. The deadline for candidates and institutions to submit applications is May 12.
“After a thorough and detailed discussion among the members of the Academy, these two areas are chosen because they are seemingly inspiring,” Fr. Spataro said. “Many researchers are studying the influence of Classical and Christian Latin throughout the centuries.”
“Moreover, new and successful methodologies to teach Latin have been adopted in the last years over all the world,” he continued, “especially the so-called ‘natural method’ according to which Latin should be taught as a spoken language.”

Latin’s role in the Church’s liturgy is another important aspect of the language.
Fr. Spataro highlighted one point in particular: that the original editions of the liturgical books of the Roman rite are all written in Latin.
This is to ensure the “necessary unity in the Church’s official prayer. As a matter of fact, modern translations of these liturgical texts are based on the original Latin one,” he pointed out, so it is important that the Church has scholars to read and interpret them.
Fr. Spataro also pointed out that the number of groups who celebrate the extraordinary form of the Roman rite, or the Traditional Latin Mass, has seen continuous growth since Benedict XVI made it clear in 2007 that it had never been abrogated.
In this form of the Mass, Latin is used almost exclusively.
“This language, with its rhythm and melodic expression, contributes to create a fascinating atmosphere of sacredness and mystery and helps the celebrants and the participants to grasp the ungraspable, which is God himself,” Fr. Spataro reflected.
In addition to his work for the Pontifical Academy for Latin, Fr. Spataro is also part of the Pontificium Institutem Altioris Latinitatis at the Salesian Pontifical University in Rome.
The institute, established by Blessed Paul VI in 1964, “is for the profound studies on Latin which in some way or another shapes the face of our Church today,” he said.
“It is our greatest hope to introduce such wonderful language and tradition to the world,” he continued. He hopes there will be “more and more students, both lay and clergy from all around the world, of different countries and cultural backgrounds, to come to study with us!” 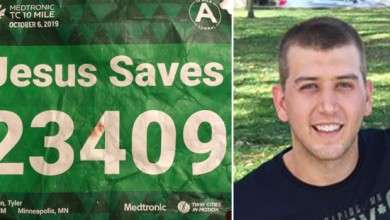 The oldest known inscription of the Ten Commandments to be auctioned for only $250,000