While violent persecution against Christians assails swaths of territory the Middle East and Africa, one Vatican official says that Western nations face a different type of oppression, marked by the push to eliminate religion from public life.
“To act and speak out publicly as a committed Christian in one’s professional life has never been more threatened,” Msgr. Antoine Camilleri, Under-secretary for relations with the States, said Dec. 14.
He gave the keynote address at the opening of daylong conference hosted by the Organization for Security and Co-operation in Europe (OSCE) in Vienna titled “Towards a Global Compact for Safe, Orderly and Regular Migration: A Regional Perspective.”Religious freedom is the “litmus test” of respect for all other fundamental human rights, since it is their “synthesis and keystone,” he said, adding that safeguarding this freedom ensures that other rights will also be guaranteed to all people, regardless of belief, since it involves consciousness and dignity.
Pointing to the “barbaric persecution of Christians” happening in the Middle East, he said “the atrocities committed against Christians in Syria and Iraq are so horrific that words cannot adequately respond, and their plight must not be forgotten.”
He referred to the gruesome bombing of a Coptic Orthodox cathedral in Cairo Sunday that killed at least 25, saying it offers proof of the “shadow of violent extremism and terrorism” in the country. Yet, he also cautioned that such persecution is also taking place “at the very doorstep” of the OSCE headquarters in Vienna.
“We must recognize that discrimination and intolerance, including hate crimes, impact many Christians and Christian communities, despite a frequently encountered notion that in this part of the world such discrimination or intolerance does not occur,” he said.
Simply belonging to the majority religion seems to exclude Christians from being considered victims of intolerance, Camilleri said, but stressed that such a view “is not based on reality.”
“The continuous attacks against Christian churches and religious buildings, time and time again…easily disprove the notion that Christians do not suffer intolerance,” he observed.
He referred to the many cases of premeditated acts of destruction against churches and religious spaces and symbols, including crosses and other Christian artifacts, as well as the theft and “sacrilegious misuse” who what Christians consider holy, as an example.
All of these, the priest said, are examples “of not only disrespectful, but intolerant, and in most cases criminal acts committed with a bias motive.”
Camilleri then pointed to new forms of intolerance popping up in Western nations. Quoting Pope Benedict XVI, he said that religion “is not a problem for legislators to solve, but a vital contributor to the national conversation.”
“There are those who would advocate that the voice of religion be silenced, or at least relegated to the purely private sphere,” he said, noting that others argue “that the public celebration of festivals such as Christmas should be discouraged, in the questionable belief that it might somehow offend those of other religions or none.”
A recent example is the case of a priest who serves as chaplain of the cemetery in the Italian city of Cremona,
who refrained from setting up the traditional Nativity scene for fear of offending Muslims and those of other faiths. Still others “paradoxically” argue with the intention of eliminating discrimination that Christians who have public profiles “should be required at times to act against their conscience,” Camilleri said.
These examples are all part of “what may rightly be called ‘anti-Christian sentiment,'” and represent “a new form of intolerance and discrimination against Christians…based on setting the freedom of religion or belief against some general notion of tolerance and nondiscrimination.”
When it comes to tolerance and non-discrimination, these things should never be used or interpreted in a way that would restrict religious freedom or belief, he said.
“Every right entails obligations and duties,” he said. “Therefore, a self-professed Christian cannot claim that freedom of religion or belief entitles him to call for violence against non-believers.”
However, the same goes for the other side, Camilleri said, explaining that a Christian preacher “who respectfully and faithfully teaches the religious or moral tenets of his Church” is still protected by freedom of religion, even if the majority of people are “uncomfortable” with what he has to say.
“We must raise awareness of discrimination against Christians even in regions where international public opinion would normally not expect this to exist,” he said, adding that Christians, as well as others, must be allowed to express their religious identity publicly, “free from any pressure to hide or disguise it.”
Any discomfort or opposition the public role of religion, he said, is what Pope Francis has referred to as “the polite persecution of Christians” in many countries.
“In the guise of ‘political correctness,’ Christian faith and morals are considered to be hostile and offensive, and therefore, something to be removed from public discourse,” the priest noted, stressing that this fear of Christianity playing its “legitimate role” in society “betrays a reductionist view or approach to the freedom of religion or belief, confining it merely to the freedom of worship.”
Despite challenges intolerance brings, Camilleri stressed that religion, Christianity included, has an endless capacity for good, not only for individuals and communities, but for society as a whole.
The Church, he said, “does not pretend…to substitute for politics. Nor does the Church claim to offer technical solutions to the world’s problems since the responsibility of doing that belongs elsewhere.”
What religion does, then, is offer specific guidelines to both the community of believers, and to society as a whole.
Religion by its nature “is open to a larger reality and thus it can lead people and institutions toward a more universal vision” and a “horizon of fraternity” capable of enriching humanity, Camilleri said.
The Holy See, then, “is convinced that for both individuals and communities the dimension of belief can foster respect for fundamental freedoms and human rights, support democracy and rule of law and contribute to the quest for truth and justice.”
Dialogue and partnerships between religions and with religions, he said, “are an important means to promote confidence, trust, reconciliations, mutual respect and understanding as well as to foster peace.”
By Elise Harris 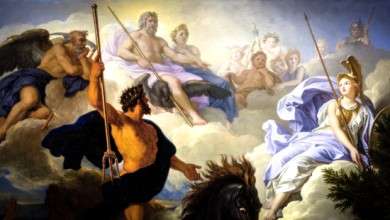 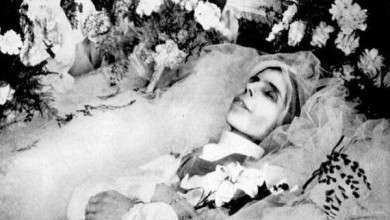