One of the causes of the Reformation was the selling of indulgences. Does the Catholic Church still sell them?

That’s like asking, “Have you stopped beating your wife?” The Catholic Church does not now nor has it ever approved the sale of indulgences. This is to be distinguished from the undeniable fact that individual Catholics (perhaps the best known of them being the German Dominican Johann Tetzel [1465-1519]) did sell indulgences–but in doing so they acted contrary to explicit Church regulations. This practice is utterly opposed to the Catholic Church’s teaching on indulgences, and it cannot be regarded as a teaching or practice of the Church.
In the 16th century, when the abuse of indulgences was at its height, Cardinal Cajetan (Tommaso de Vio, 1469-1534) wrote about the problem: “Preachers act in the name of the Church so long as they teach the doctrines of Christ and the Church; but if they teach, guided by their own minds and arbitrariness of will, things of which they are ignorant, they cannot pass as representatives of the Church; it need not be wondered at that they go astray.”
The Council of Trent (1545-1564) issued a decree that gave Church teaching on indulgences and that provided stringent guidelines to eliminate abuses:

Since the power of granting indulgences was conferred by Christ on the Church (cf. Mt 16:19, 18:18, Jn 20:23), and she has even in the earliest times made use of that power divinely given to her, the holy council teaches and commands that the use of indulgences, most salutary to the Christian people and approved by the authority of the holy councils, is to be retained in the Church, and it condemns with anathema those who assert that they are useless or deny that there is in the Church the power of granting them.
In granting them, however, it desires that in accordance with the ancient and approved custom in the Church moderation be observed, lest by too great facility ecclesiastical discipline be weakened. But desiring that the abuses which have become connected with them, and by any reason of which this excellent name of indulgences is blasphemed by the heretics, be amended and corrected, it ordains in a general way by the present decree that all evil traffic in them, which has been a most prolific source of abuses among the Christian people, be absolutely abolished. Other abuses, however, of this kind which have sprung from superstition, ignorance, irreverence, or from whatever other sources, since by reason of the manifold corruptions in places and provinces where they are committed, they cannot conveniently be prohibited individually, it commands all bishops diligently to make note of, each in his own church, and report them to the next provincial synod. (Sess. 25, Decree on Indulgences) 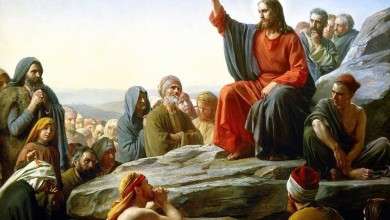 Which Is the Earliest Version of the Our Father? 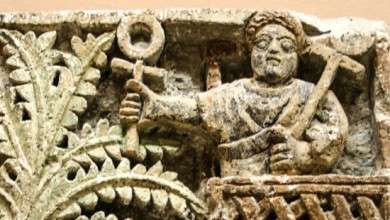