From Christianity’s beginnings, the Church has been attacked by those introducing false teachings, or heresies.

The Bible warned us this would happen. Paul told his young protégé, Timothy, “For the time is coming when people will not endure sound teaching, but having itching ears they will accumulate for themselves teachers to suit their own likings, and will turn away from listening to the truth and wander into myths” (2 Tim. 4:3–4).

Heresy is an emotionally loaded term that is often misused. It is not the same thing as incredulity, schism, apostasy, or other sins against faith. The Catechism of the Catholic Church states, “Incredulity is the neglect of revealed truth or the willful refusal to assent to it. Heresy is the obstinate post-baptismal denial of some truth which must be believed with divine and Catholic faith, or it is likewise an obstinate doubt concerning the same; apostasy is the total repudiation of the Christian faith; schism is the refusal of submission to the Roman Pontiff or of communion with the members of the Church subject to him” (CCC 2089).

To commit heresy, one must refuse to be corrected. A person who is ready to be corrected or who is unaware that what he has been saying is against Church teaching is not a heretic.

Finally, the doubt or denial involved in heresy must concern a matter that has been revealed by God and solemnly defined by the Church (for example, the Trinity, the Incarnation, the Real Presence of Christ in the Eucharist, the sacrifice of the Mass, the pope’s infallibility, or the Immaculate Conception and Assumption of Mary).

It is important to distinguish heresy from schism and apostasy. In schism, one separates from the Catholic Church without repudiating a defined doctrine. An example of a contemporary schism is the Society of St. Pius X—the “Lefebvrists” or followers of the late Archbishop Marcel Lefebvre—who separated from the Church in the late 1980s, but who have not denied Catholic doctrines. In apostasy, one totally repudiates the Christian faith and no longer even claims to be a Christian.

With this in mind, let’s look at some of the major heresies of Church history and when they began.

The Circumcision heresy may be summed up in the words of Acts 15:1: “But some men came down from Judea and were teaching the brethren, ‘Unless you are circumcised according to the custom of Moses, you cannot be saved.’”

Many of the early Christians were Jews, who brought to the Christian faith many of their former practices. They recognized in Jesus the Messiah predicted by the prophets and the fulfillment of the Old Testament. Because circumcision had been required in the Old Testament for membership in God’s covenant, many thought it would also be required for membership in the New Covenant that Christ had come to inaugurate. They believed one must be circumcised and keep the Mosaic law to come to Christ. In other words, one had to become a Jew to become a Christian.

But God made it clear to Peter in Acts 10 that Gentiles are acceptable to God and may be baptized and become Christians without circumcision. The same teaching was vigorously defended by Paul in his epistles to the Romans and the Galatians—to areas where the Circumcision heresy had spread.

“Matter is evil!” was the cry of the Gnostics. This idea was borrowed from certain Greek philosophers. It stood against Catholic teaching, not only because it contradicts Genesis 1:31 (“And God saw everything that he had made, and behold, it was very good”) and other scriptures, but because it denies the Incarnation. If matter is evil, then Jesus Christ could not be true God and true man, for Christ is in no way evil. Thus many Gnostics denied the Incarnation, claiming that Christ only appeared to be a man, but that his humanity was an illusion. Some Gnostics, recognizing that the Old Testament taught that God created matter, claimed that the God of the Jews was an evil deity who was distinct from the New Testament God of Jesus Christ. They also proposed belief in many divine beings, known as “aeons,” who mediated between man and the ultimate, unreachable God. The lowest of these aeons, the one who had contact with men, was supposed to be Jesus Christ.

Montanus began his career innocently enough through preaching a return to penance and fervor. His movement also emphasized the continuance of miraculous gifts, such as speaking in tongues and prophecy. However, he also claimed that his teachings were above those of the Church, and soon he began to teach Christ’s imminent return in his home town in Phrygia. There were also statements that Montanus himself either was, or at least specially spoke for, the Paraclete that Jesus had promised would come (in reality, the Holy Spirit).

The Sabellianists taught that Jesus Christ and God the Father were not distinct persons, but two.aspects or offices of one person. According to them, the three persons of the Trinity exist only in God’s relation to man, not in objective reality.

Arius taught that Christ was a creature made by God. By disguising his heresy using orthodox or near-orthodox terminology, he was able to sow great confusion in the Church. He was able to muster the support of many bishops, while others excommunicated him.

Pelagius denied that we inherit original sin from Adam’s sin in the Garden and claimed that we become sinful only through the bad example of the sinful community into which we are born. Conversely, he denied that we inherit righteousness as a result of Christ’s death on the cross and said that we become personally righteous by instruction and imitation in the Christian community, following the example of Christ. Pelagius stated that man is born morally neutral and can achieve heaven under his own powers. According to him, God’s grace is not truly necessary, but merely makes easier an otherwise difficult task.

After Augustine refuted the teachings of Pelagius, some tried a modified version of his system. This, too, ended in heresy by claiming that humans can reach out to God under their own power, without God’s grace; that once a person has entered a state of grace, one can retain it through one’s efforts, without further grace from God; and that natural human effort alone can give one some claim to receiving grace, though not strictly merit it.

This heresy about the person of Christ was initiated by Nestorius, bishop of Constantinople, who denied Mary the title of Theotokos (Greek: “God-bearer” or, less literally, “Mother of God”). Nestorius claimed that she only bore Christ’s human nature in her womb, and proposed the alternative title Christotokos (“Christ-bearer” or “Mother of Christ”).

Orthodox Catholic theologians recognized that Nestorius’s theory would fracture Christ into two separate persons (one human and one divine, joined in a sort of loose unity), only one of whom was in her womb. The Church reacted in 431 with the Council of Ephesus, defining that Mary can be properly referred to as the Mother of God, not in the sense that she is older than God or the source of God, but in the sense that the person she carried in her womb was, in fact, God incarnate (“in the flesh”).

There is some doubt whether Nestorius himself held the heresy his statements imply, and in this century, the Assyrian Church of the East, historically regarded as a Nestorian church, has signed a fully orthodox joint declaration on Christology with the Catholic Church and rejects Nestorianism. It is now in the process of coming into full ecclesial communion with the Catholic Church.

Monophysitism originated as a reaction to Nestorianism. The Monophysites (led by a man named Eutyches) were horrified by Nestorius’s implication that Christ was two people with two different natures (human and divine). They went to the other extreme, claiming that Christ was one person with only one nature (a fusion of human and divine elements). They are thus known as Monophysites because of their claim that Christ had only one nature (Greek: mono = one; physis = nature).

This heresy arose when a group of people known as iconoclasts (literally, “icon smashers”) appeared, who claimed that it was sinful to make pictures and statues of Christ and the saints, despite the fact that in the Bible, God had commanded the making of religious statues (Ex. 25:18–20; 1 Chr. 28:18–19), including symbolic representations of Christ (cf. Num. 21:8–9 with John 3:14).

Catharism was a complicated mix of non-Christian religions reworked with Christian terminology. The Cathars had many different sects; they had in common a teaching that the world was created by an evil deity (so matter was evil) and we must worship the good deity instead.

The Albigensians formed one of the largest Cathar sects. They taught that the spirit was created by God, and was good, while the body was created by an evil god, and the spirit must be freed from the body. Having children was one of the greatest evils, since it entailed imprisoning another “spirit” in flesh. Logically, marriage was forbidden, though fornication was permitted. Tremendous fasts and severe mortifications of all kinds were practiced, and their leaders went about in voluntary poverty.

Protestant groups display a wide variety of different doctrines. However, virtually all claim to believe in the teachings of sola scriptura (“by Scripture alone”—the idea that we must use only the Bible when forming our theology) and sola fide (“by faith alone”— the idea that we are justified by faith only).

The great diversity of Protestant doctrines stems from the doctrine of private judgment, which denies the infallible authority of the Church and claims that each individual is to interpret Scripture for himself. This idea is rejected in 2 Peter 1:20, where we are told the first rule of Bible interpretation: “First of all you must understand this, that no prophecy of Scripture is a matter of one’s own interpretation.” A significant feature of this heresy is the attempt to pit the Church “against” the Bible, denying that the magisterium has any infallible authority to teach and interpret Scripture.

The doctrine of private judgment has resulted in an enormous number of different denominations. According to The Christian Sourcebook, there are approximately 20-30,000 denominations, with 270 new ones being formed each year. Virtually all of these are Protestant.

Jansenius, bishop of Ypres, France, initiated this heresy with a paper he wrote on Augustine, which redefined the doctrine of grace. Among other doctrines, his followers denied that Christ died for all men, but claimed that he died only for those who will be finally saved (the elect). This and other Jansenist errors were officially condemned by Pope Innocent X in 1653.

Heresies have been with us from the Church’s beginning. They even have been started by Church leaders, who were then corrected by councils and popes. Fortunately, we have Christ’s promise that heresies will never prevail against the Church, for he told Peter, “You are Peter, and on this rock I will build my Church, and the gates of hell will not prevail against it” (Matt. 16:18). The Church is truly, in Paul’s words, “the pillar and foundation of the truth” (1 Tim. 3:15). 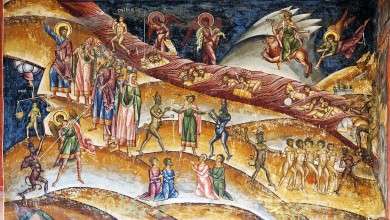 Prayer for the Souls in Purgatory 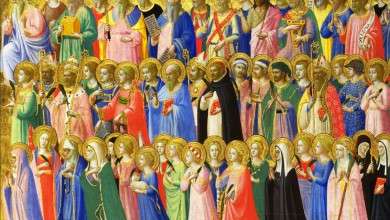 Litany of the Saints 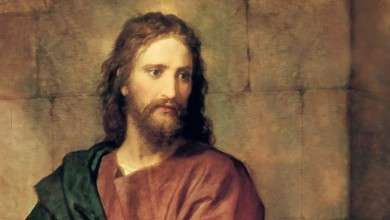 You are Christ (Prayer written by St. Augustine of Hippo )

10 Beliefs About Jesus That Have Been Rejected