Christians distracted from the path set out by Jesus can turn into decrepit “spiritual mummies,” Pope Francis has said in a homily.

Spiritual mummies stray from the path of Christian life by choosing to stand still “not doing evil, but not doing good” either, the pope said in his homily during Mass in the Domus Sanctae Marthae.

“A Christian who doesn’t walk, who doesn’t move on the path, is a ‘non-Christian’ Christian. No one knows what he is. He is a bit of a ‘paganized’ Christian; he’s there, he’s still, but he doesn’t go forward in Christian life. The Beatitudes do not flourish in his life; he does not do the works of mercy; he is still,” the pope said.

The day’s Gospel reading was Jesus’ discourse during the Last Supper in which he tells his disciples that he is “the way, the truth and the life.”

“Amen, amen, I say to you, whoever believes in me will do the works that I do, and will do greater ones than these, because I am going to the Father,” Jesus says.

The pope said there are two types of Christians who fail in following the true path: those who are stubborn and those who wander like vagabonds.

Stubborn Christians tend to believe they know the path and “do not allow the voice of the Lord to tell them: ‘Go back and take the right path,’” he said. On the other hand, vagabond Christians walk around aimlessly in circles and are easily distracted by worldly vanities.
“There are others who on the path are seduced by something beautiful and they stop midway; fascinated by what they see – by this idea, by that proposal, by that landscape – and they stop! Christian life is not something charming: it is a truth! It is Jesus Christ!” he said.
Pope Francis called on the faithful to reflect on whether they have strayed from the path of Christian life laid out in the Beatitudes and the works of mercy. Although Jesus’ path leads to the cross, it is also “full of consolations” and “peace in the soul.”

“Let us ask the Holy Spirit to teach us to walk well (on this path), always! And when we tire, (to give us) a little refreshment to go forward. Let us ask for this grace,” the Pope said. 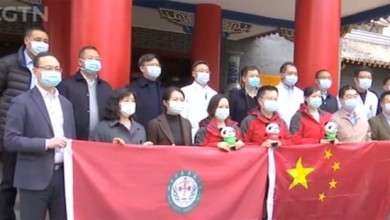