Evolution vs. Genesis is the most controversial faith-and-science topic of our time. To navigate this question, Catholics must distinguish between dogma and opinion. Dogmas are divinely revealed truths of faith. Opinions are human judgments, which are not necessarily based on fact or knowledge. Catholics hold divinely revealed truths as certain in the sense that we grant total assent in faith to what God has revealed for the sake of our salvation. Dogmas are the starting data from which a theologian reasons. As for opinion, there can be various legitimately held views, but theological opinion, both professional and armchair, should never be confused with dogma. Fortunately, the Church carefully articulates every expression of dogmatic truth.

Examining the purpose of science

What about science? Biological science has much to say about evolution, considering that reproduction and genetics are the foundation of the study of living things. Science has its own legitimacy, but science cannot deny the truths of faith. Confident Catholics can include scientific discovery in the reasoning process to better understand theology so long as there remains a firm grasp on the axiom “truth cannot contradict truth” (Providentissimus Deus 23). Both science and theology are a complementary search for objective truth. Read the decisions of the Pontifical Biblical Commission in 1909 regarding the interpretation of Genesis:

a) The first three chapters of Genesis contain narratives of real events, no myths, no mere allegories or symbols of religious truths, no legends.
b) In regard to those facts, which touch the foundations of the Christian religion, the literal historical sense is to be adhered to. Such facts are, inter alia, the creation of all things by God in the beginning of time, and the special creation of humanity.
c) It is not necessary to understand all individual words and sentences in the literal sense. Passages which are variously interpreted by the Fathers and by theologians, may be interpreted according to one’s own judgment with the reservation, however, that one submits one’s judgment to the decision of the Church, and to the dictates of the Faith.
d) As the Sacred Writer had not the intention of representing with scientific accuracy the intrinsic constitution of things and the sequence of the works of creation but of communicating knowledge in a popular way suitable to the idiom and to the pre-scientific development of his time, the account is not to be regarded or measured as if it were couched in language which is strictly scientific.
e) The word “day” need not be taken in the literal sense of a natural day of 24 hours, but can also be understood in the improper sense of a longer space of time.

Notice the statement that Genesis contains narratives of “real” events and the statement that it is not necessary to understand all sentences in the “literal” sense. A narrative is an account of events that leaves room for further development and interpretation. The Church’s guidance is clear that the creation of all things by God in the beginning of time and the special creation of humanity are not negotiable. The commission also states that the sacred writer was not writing scientifically to give a fact-by-fact sequential account of the “intrinsic constitution of things” but was writing in a “popular way” to communicate knowledge. This statement suggests that Genesis 1-3 is a real story but not intended to be understood literally.

The distinction between real and literal is helpful. Stemming from the postclassical Latin realis, real means “actual.” The word literal comes from postclassical Latin litteralis, but it relates to letters, books, or literature. Theologically, it is defined as “of or relating to the ‘letter’ of a text, obtained by taking words and passages in their primary or usual meaning, without regard to any underlying significance, or allegory.” Literal also can mean “actual” but in the concrete sense as opposed to a figurative or metaphorical sense. The “letter” in the definition means the precise words, terms, or strict verbal interpretation of a statement.
So, yes, the Genesis story is real but not literal. Its truth is fuller than the literal.
What does that mean? Here is an example: Even the staunchest biblical fundamentalists do not take every phrase in Genesis literally. In the third chapter of Genesis, Eve sees that the tree is good to eat, fair to the eyes, and delightful to behold; she takes the fruit and eats it. Then she gives the fruit to her husband, and Adam eats it. The text says, “And the eyes of them both were opened” (v. 7). They perceive themselves to be naked and sew fig leaves together for cover.
A literal interpretation of this sentence would compel us to believe that Adam and Eve walked around up to that point with their eyes actually closed. A real interpretation, recognizing the use of metaphor, allows us to believe that Adam and Eve’s eyes were open all along, but that their mental vision, their perception, changed after they committed the first sin of humanity—they saw their nakedness differently. This interpretation fits with the context and carries much more meaning than the strictly literal interpretation. I think we all can agree that the immediate consequence of original sin was not merely to alter the position of four eyelids!
Another example of the difference between “real” and “literal” is one common to scientists. It is analogous to the difference between physical and corporeal, which is to say the difference between an equation and the reality it quantitatively describes. Physicists calculate linear and rotational motion, knowing that few processes in real life fit such neat parameters. A chemist can write equations, including intermediates and enthalpies, calculate an equilibrium constant, control conditions of temperature and pressure, and theoretically boss reactions around à la Le Châtelier all day long. But one breath, one glance, one heartbeat will remind her that what sustains life is a far more beautiful series of chemical interplay than anyone can imagine. We are not reducible to our atoms any more than Genesis is reducible to words.

Ah, but we like answers! If the lack of finality about the meaning of Genesis leaves you unsatisfied, find peace in knowing it is perfectly admirable and sane to say, “I don’t know.” For now, possibly forever, we simply do not know the exact details of human origins, not scientifically, not theologically. The fuller interpretation of Genesis is a matter for trained scientists and trained theologians who inform the magisterium. The ultimate decision for the magisterium itself is to develop and safeguard the truths of faith. Suffice it to say, there will not be any declarations while the understanding remains ambiguous.
We can ponder it, though. Perhaps the theological insight we gain from evolutionary science will not describe literal events but point us to a deeper appreciation of our limitations and longings. I tend to think that fixating on the question of what exactly happened in the past is, at some point, deleterious to the meaning of Genesis. We are here now. Whatever we can learn from Scripture should primarily guide us to salvation in the everlasting, yet-to-be-written future. 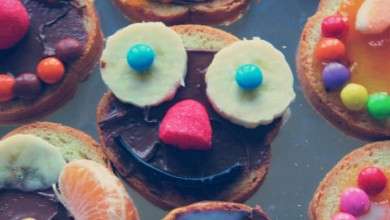 Fasting: What the Church Actually Requires Will Probably Surprise You 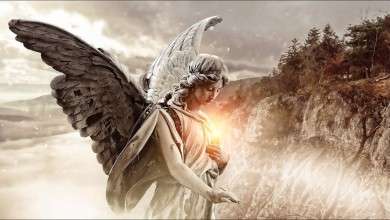 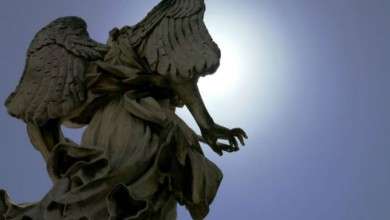