The Cristero war was a war of faith that restored and rooted Christianity and majorly Catholicism in Mexico in the early 20th century. Late Juan Daniel Macías Villegas was one of the soldiers of Cristero War,he was born in a Mexican town called Rancho de los Palos Verdes on July 21, 1912. He was baptized by Fr. Father Narciso Elizondo, the same priest who years later blessed him when he took up weapons along other soldiers to fight for the survival of their faith.

The Cristero war was an attack against the anti-clerical legislation being passed by the Mexican President Elías Calles in 1926. Then Priest and churches were banned from legally owning property, religious liberties like praying, meeting for mass, wearing religious attires or symbols were banned; even been identified as a catholic then could land one to prison.
The persecution became so fierce that thousands of Catholics began to forcibly resist, fighting under the slogan and banner of “Cristo Rey” (Christ the King). Late Juan Daniel Macías Villegas joined the Cristero soldiers at the age of 13-years old, under the famed General Victoriano Ramírez and he was part of Ramirez’s squadron called “the Dragons of El Catorce.”
In the second Cristero campaign (1935-1937) Macías was under the command of Lauro Rocha.

After the war, Macías lived in the rural community of San Julián until the day he died. This area produces milk and raises cattle, and also was the first town to take up arms on January 1, 1927 against the repressive government laws of that time.
Late Juan Daniel Macías Villegas is survived by his children, grandchildren, great-grandchildren, and great-great-grandchildren. 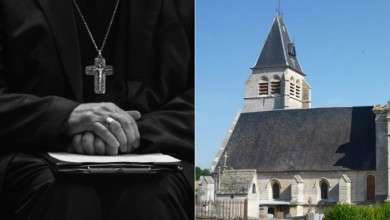