A married couple who couldn’t have children began to turn to Padre Pio so he could intercede for them before the Lord. Not long afterwards, the young woman became pregnant and was extremely worried she would lose the child. One night not long before she was due to give birth, she had a comforting dream. She was in the maternity operating room and before the gynecologist came in she saw a man with a beard standing in a comer of the room, looking at her and smiling. Then she woke up. Judging by photos that she had seen, she thought the man resembled Padre Pio. She spoke about her dream to everyone; for her it had become almost an obsession.
A few days later, a baby boy was born and all went perfectly well with no problems.
After a few months, the happy mother started to plan a trip to San Giovanni Rotondo; for she wanted to see for herself if Padre Pio, whom they had prayed to, really did resemble the person she had seen in her dream, and if so to thank him.
Her husband, seeing how fervent she was about the matter, tried to calm her down, and had repeatedly kept saying: “Don’t worry, it was all just a dream, just a dream–just a dream nothing else”.
At last, they made the trip. When they arrived at San Gio­vanni Rotondo the couple took their place in the cloister where Padre Pio would pass. When after a moment the Saint arrived, he stopped near the husband, looked at him kindly, and then gently patting his shoulder, and with a wide smile said in an ironic and somewhat amused tone: “So, it was all just a dream, eh?”.
(Testimony of Anna Baroni from Chiavari, Italy, 8/12/1994) 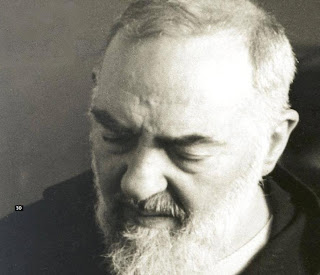 “See how much glory is being given to God!”
Father Antonio Durante from Monterosso, a capuchin friar also had the chance to observe how Padre Pio read his thoughts on one occasion.
One day while walking with the Pa­dre in front of the friary he noticed that Padre was the object of much affection and devotion from the people. Seeing this, Fr. Durante said to himself: “How can this man resist the temptation of vanity and of feeling pleased with himself’?
He had just finished saying this to himself when the Saint turned towards him, smiled and softly said to him: “See how much glory is being given to God!”.”
(Testimony of Fr. Antonio Durante, born August 7, 1912 and died June 11, 1970. Testimony is given in Genoa by Fr. Riccardo Geminiani, capuchin friar, April 20, 1995.)
“So, the spir­itual life seems like climbing glass, eh?”
Father Pasquale Cattaneo also gives us a testimony showing Padre Pio’s ability to read hearts. Fr.Cattaneo had received permission from his superiors to visit San Giovanni and to go to confession to Padre Pio. During his bus trip he prepared himself with a good examination of his conscience so as to be ready to make a sincere confession of his sins. With the help of the Holy Spirit he looked into every comer of his soul, and made new promises of amendment. However as the bus going to the Gargano was on the last part of the journey and the town came into view, he ended his examination perplexed thinking: “The spiritual life at times seems like trying to climb glass.”
When he arrived at the friary, he went into the sacristy and told the friar who helped with the confessions that he had come to confess to Padre Pio and afterwards he patiently waited for his turn. When the time came he entered the confessional, greeted Padre Pio and made his confession. After confessing his faults, Padre Pio gave him absolution. He then arose, feeling happy that he had made a sincere confession, when he turned one last time and glanced at the Padre–the Padre smiled at him and with an amused look he wittingly said: “So, the spir­itual life seems like climbing glass, eh?”
Father Pasquale was flabbergasted and couldn’t seem to utter a word, but from then on he was absolutely convinced that Padre Pio was enlightened by the Holy Spirit to guide souls.
Thus it is a very unusual truth that P. Pio could at times perceive what his spiritual children were thinking, even without them giving explanations to him.
(Testimony of Fr. Pasquale Cattaneo, Fiera di Primiero, Italy, July 31,1988) 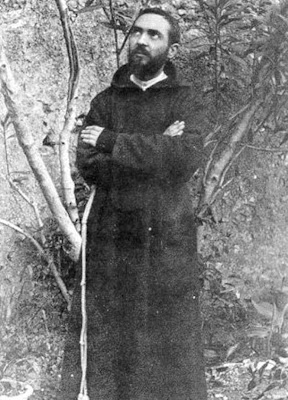 A remarkable blessing
A woman named Alma De Concini had completely put herself into the Pa­dre’s hands to be led to God; here is her testimony:
“Padre Pio was confessing the women and I was in the church at three or four metres from him. That day I definitely would not have had the chance to speak to him, so I spoke to him interiorly, saying:“Father, send me a blessing. I really need one”.
I had just finished expressing my wish when I saw the Saint move from the confessional window grate which hid his face; he looked directly at me and then made the sign of the cross. Then he turned back and bowed his head once more to continue confessing.”
(Testimony of Alma De Concini, Terzolas, Italy, July 23, 1995)
“Go ahead then and kiss it, before I give you a little smack.”
Another woman named Teresa Venezia gives her statement:
“After confession I waited in the cloister corridor to be able to kiss his hand as he passed by. (The faithful always desired to kiss the stigmatized hands of P. Pio, as they considered this a great privilege and blessing –editor). When Padre Pio arrived he did not stop near her, so she was unable to kiss his stigmata. She immediately felt very saddened and deeply lamented about this in her heart. Suddenly, the Saint turned back, walked up to her, held out his hand, and like a father with a light smile he gruffly said: “Go ahead then and kiss it, before I give you a little smack.”
(Testimony of Teresa Venezia, Tolve, Italy, October 19,1986)
“How many times you called out to me!”
Testimonies also show that P. Pio listened to the voice of his spiritual children even when they were far from him.
Father Valentino was a capuchin friar from San Marco in Lamis who was a spiritual son of Padre Pio and was very devoted to him. During the second world war he was in Emilia Romagna while the Gothic line of the German Army was encamped on the Apen­nines, thereby dividing the region in two. Because of this separation, he hadn’t heard from his family who lived in Puglia for a long time. So one day he finally decided to try to cross over and head for his family in the South. However, it was of course necessary to cross the military front, and to do so was very, very risky. He knew some people who were fighting against the Germans so he asked them for help and advice about what to do. They indicated a way through the mountains but warned that is was very dangerous. Additionally, it was in the middle of the winter and very cold. There were a few others also who longed to be united with their separated loved ones so together the group set a date. The day arrived and Fr. Valentino said to himself–“It’s now or never”.
So together with a few others he set off walking. He prayed to God for the groups safety and in prayer he also sought the intercession and help of Padre Pio. Eventually the group came to a very high place in the mountains where the path was narrow and covered with snow. At this point the path descended down a steep slope. When Fr. Valentino was about halfway down the slope, he placed one of his feet wrong and suddenly started to slide.
“Padre Pio help me; Padre Pio help” he cried as he was sliding down. Suddenly, a bush broke his fall.
The others helped him back up and he was able to continue his journey and eventually the group crossed the military line safely, without being discovered. When he reached San Marco in Lamis, after resting a few hours, he wished to go to San Giovanni Rotondo to see Padre Pio. As soon as Padre Pio saw him he said: “How many times you called out to me the other night!..how many times!”
The Saint then held him close to his heart and said: “Let us together thank the Lord”
(Testimony of Fr. Valentino from San Marco in Lamis. San Severo, Italy, April 8,1992) 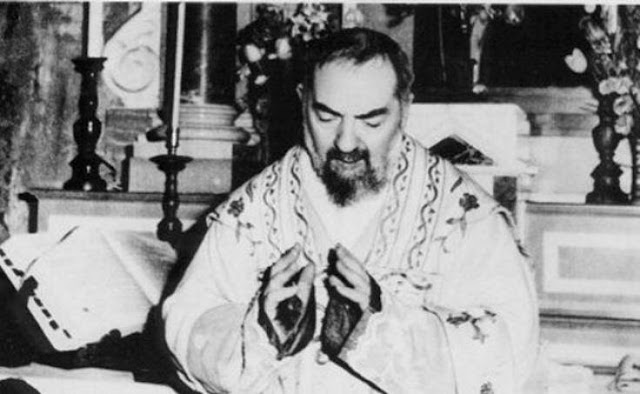 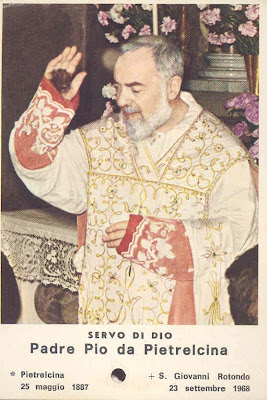 “Let that woman pass”
Mrs Rachele Ricciardi of San Giovanni Rotondo, wished to confess to the Padre. As she had a large family to look after, she had to find a moment when she wasn’t busy. Stealing some moments from her many duties and chores she went up to the friary and joined the queue in front of the confessional. It was before there were booked tickets. People were expected naturally to wait their turn in line. However that morning there were many people and it seemed as if her turn would never come. In fact she waited as patiently as she could but eventually her thoughts raced to preparation of lunch and the other jobs she had to do at home. She de­cided to go back home and as she was about to leave Padre Pio moved the confessional curtain and said to the women in the front:
“Let that woman pass”.
And so it was that the busy mother had been given the grace to make her confession that morning.
(Testimony of Rache1e Ricciardi, Campitello Matese, Italy December 26, 1998)
———————–
Testimonies are taken from the book “The Padre: St Pio of Pietrelcina- Testimonies” by Fr. Marcellino Iasenzaniro, Edizioni Padre Pio da Pietrelcina, Our Lady of Grace Capuchin Friary, San Giovanni Rotundo, Italy
——————————
A short prayer to become a spiritual child of Padre Pio:
Dear Padre Pio:
I recall to mind your promise to Jesus: “Lord, I will stand at the gates of heaven until I see that all of my spiritual children have entered”.
Encouraged by your loving promise I ask you to accept me as your spiritual child and to always intercede for me before Jesus and Mary. And as my spiritual father, I ask you to obtain mercy for me from God for all of my sins and be with me throughout my entire life, Amen +
—————————–
Advertisement
Raphael Benedict Send an email September 10, 2016Last Updated: September 10, 2016
13 minutes read
Facebook Twitter WhatsApp Telegram Line Share via Email
Advertisement 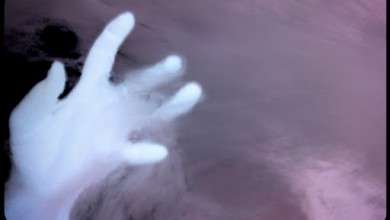 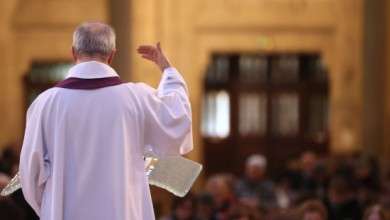 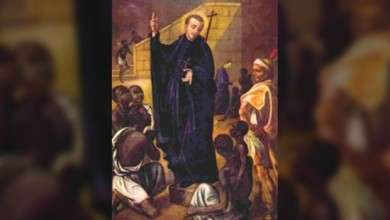 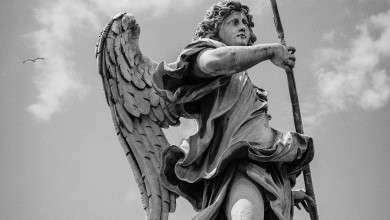 Padre Pio teaches how to relate with your Guardian Angel