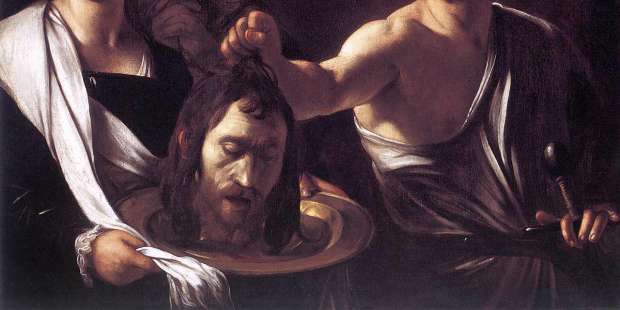 Artists can sometimes be a little too realistic.

When viewing artistic depictions of Christian martyrs, it is often very easy to recognize the way in which the saint was killed for the faith.Many Christian artists over the centuries made it a point to visually represent the means of a martyr’s death, seeing in it a sort of “badge of honor” that proves the saint’s holiness.

Take for example St. Bartholomew the Apostle. There is a tradition that states he was flayed alive, and so many depictions of him have St. Bartholomew holding a knife and his own skin. One of the most realistic versions of this is a statue in the Duomo in Milan.

However, artists didn’t always show the depiction of a saint’s death in a gruesome manner. Sometimes they would just have the saint hold the means of their martyrdom. St. Paul is usually shown with a sword and it represents how he was beheaded with a sword. St. Lawrence of Rome is similarly depicted holding a grill, symbolizing how he was grilled to death over an open fire.

This tradition has continued even to the present day with modern-day martyrs. In one painting of the Coptic Christians who were killed in 2015, they are shown next to men dressed in black who are holding knives to their throats. More recently a painting has emerged depicting Father Jacques Hamel and his martyrdom with a knife next to his throat, symbolizing his death.

So the next time you are wondering why a saint is depicted the way they are, it might just be in reference to their manner of death, a sign of their entrance into heavenly glory.