All of us have prayed for the speedy recovery of a sick friend or relative. Now a study published by the British Medical Journal in its December 22 issue shows that prayer indeed has a measurable positive effect.

Professor Leonard Leibovici of the Rabin Medical Center designed an experiment to measure the effects of remote, after-the-fact intercessory prayer on patients with bloodstream infection. According to Leibovici, the principal novelty of his study is that it shows the positive effects of prayer even when the intervention is performed four to ten years after the infection.
All 3,393 patients involved in the study were treated during the period from 1990–96. Not until July 2000 were the patients divided randomly between a control group and an intervention group. A remote, retroactive intercessory prayer was said for the well-being and full recovery of the intervention group.
Three factors were compared: the number of deaths in hospital, length of stay in hospital from the day of the first positive blood culture to discharge or death, and duration of fever. The result was that mortality was 28.1 percent in the intervention group and 30.2 percent in the control group. Moreover, the length of stay in hospital and the duration of fever were significantly shorter in the intervention group than in the control group. The groups were similar with regard to the main risk factors for death.
Professor Leibovici noted that “no mechanism known today can account for the effects of remote, retroactive intercessory prayer said for a group of patients with a bloodstream infection.”

Herod Had It Bad

Speaking of infection, a researcher says that Herod, the king of Judea bent on having the infant Jesus slain, died an excruciating death brought on by kidney disease and finished off by gangrene.

“It’s a very unpleasant way to die,” the Associated Press quoted Dr. Philip Mackowiak as saying. Mackowiak is the director of the Historical Clinicopathological Conference at the University of Maryland Medical School. At the annual conference, doctors apply their diagnostic skills to historical figures whose deaths have not been satisfactorily explained.
Before his death in 4 B.C., Herod suffered an array of symptoms: intense itching, painful intestinal problems, breathlessness, fever, swelling in the feet, convulsions and, finally, gangrene of the genitalia. Peter Richardson, a religion professor at the University of Toronto, found the description of Herod’s ailments in the writings of the first-century historian Flavius Josephus.
Fournier’s gangrene, rare today, probably killed Herod, said Dr. Jan Hirschmann of the University of Washington medical school. The symptom of itching led Hirschmann, who examined the case, to conclude Herod suffered from kidney disease. Itching might have led to the gangrene as well, causing Herod to scratch his skin and open it to infectious bacteria. Kidney disease may also explain some of Herod’s brutal acts, including the executions of several family members. The untreated accumulation of bodily wastes can result in mental illness.

Apologists, take a cue from Pope John Paul II, who sees natural law as an area of dialogue between believers and nonbelievers who are concerned with the common good.

Addressing the participants of the plenary assembly of the Vatican Congregation for the Doctrine of the Faith, on January 18 the Holy Father said that natural law, the “participation of the rational creature in the eternal law of God,” offers decisive elements for the work of Christian lawmakers at the service of human rights.
Joseph Cardinal Ratzinger, prefect of the congregation, described how natural law is being blurred in the modern conscience. He warned that this confusion entails obvious “dangers,” because when common ethical principles of meeting are lost, the dialogue between peoples of different cultures and beliefs becomes very difficult.
The Pope explained that natural law, on the contrary, offers “a broad base for dialogue with individuals of another orientation or formation, intent on the common good.”
“At a time weighed down by concern for the destiny of so many nations, communities and individuals, especially the weakest throughout the world,” the Holy Father encouraged Catholic intellectuals to “rediscover the value of this doctrine, also keeping in mind the challenges that await Christian lawmakers in their duty to defend the dignity and rights of man.”

Will Disney Give Up Insensitivity for Lent?

As president of the Catholic League for Religious and Civil Rights, Donohue has had his share of run-ins with the Disney corporation, which has shown over the years its insensitivity (at best) and even contempt for Christian values. The latest affront: 40 Days and 40 Nights, a new movie from Disney subsidiary Miramax Film Corporation.

In the film, a Catholic man (played by Josh Harnett) breaks up with his girlfriend, Erica (Shannyn Sossamon), and then tests himself by swearing off physical contact with girls for the forty days of Lent while his ex schemes to seduce him back into her life, breaking his vow. The movie is rated R for for strong sexual content, nudity, and language. At press time the movie was to open March 1, a little more than two weeks into Lent.
In a February 4 letter to Disney chairman Michael Eisner and Miramax president Harvey Weinstein, Donohue asked them to “intercede on behalf of Catholics” and do whatever they could to reschedule the opening. “To show a film that parodies Lent in a most vulgar way is bad enough,” he wrote, “but to show it during Lent is outrageous.” The rest of the letter is pure Donohue, and to paraphrase it would be a disservice. So:
“On the Miramax web site, it says the movie is based on the real-life experience of the film’s writer, Rob Perez. Yet the movie’s publicist tells us that Lent was used merely as a vehicle for the character to give up sex—so as to ‘make the story cute.’ But wouldn’t it have been just as cute to portray the character as a Muslim who gives up sex from sundown to sunset during Ramadan and is tempted during the day? That, however, would have cast Weinstein as being insensitive to Muslims, and that is not a sin he wants to commit.
“Indeed, Weinstein postponed the film Gangs of New York after 9-11, saying, ‘In light of the ever-changing current events, we have chosen to err on the side of sensitivity and postpone the wide release of the film until 2002.’ Wonderful. Now if only he treats Catholics the way he does Muslims and New York thugs, Catholics will be delighted.”
Greg Dean Schmitz of upcomingmovies.com reports that the release of 40 Days and 40 Nights has already been postponed three times—from August 24, 2001, to January 25, 2002, to February 1 to March 1.

We Have the Ark?

All traces of the Ark of the Covenant, the sacred chest that Moses had built by divine instruction to safeguard the tablets of the law, were lost after the destruction of the Temple of Jerusalem in 587 B.C. The Ethiopian Orthodox Church, however, appeals to tradition to affirm that a wooden chest covered in gold and decorated with cherubs and in the care of a solitary Orthodox priest in an church in Aksum, Ethiopia, is the lost ark of the Old Testament.

“This history of the ark has not been documented, although many have attempted it,” historian Richard Pankhurst told the Associated Press. Pankhurst is the founder of the Institute of Ethiopian Studies in the capital, Addis Ababa.
According to legend, the ark arrived in Ethiopia thanks to Menelik, son of Solomon and the Queen of Sheba, who as an adult visited his father in Jerusalem. While in the Holy City, Menelik stole the ark and took it to Aksum where he founded a kingdom and became its first sovereign. That dynasty governed Ethiopia until the fall of Emperor Haile Selassie in 1974.
Ethiopia converted to Christianity around the year A.D. 330, but the legend of the ark does not arise until the twelfth century. Despite the historical unknowns, the faith of Ethiopian Orthodox in the Aksum ark continues. They attribute salvific qualities to it, among them the country’s independence. Ethiopia is the only African country not subjected to colonization in the strict sense, though Fascist Italy occupied it from 1936–1941.
Ethiopian Christians (about thirty-one million, or half the population) honored the ark the last week in January at Temket, the feast of Jesus’ baptism.

A new Vatican document from the Pontifical Biblical Commission says it is not possible to understand Christianity fully without reflecting on divine revelation as contained in the Jewish Bible. Moreover, the commission affirms that it is mistaken “to use as a pretext for anti-Judaism” the “warnings” that the Christian Bible addresses to Jews.

The document recognizes that “in the past, errors were committed by unilaterally insisting on the discontinuity” that exists between the Jewish Bible (Old Testament) and the Christian Bible (Old and New Testament).
The Biblical Commission, presided over by Joseph Cardinal Ratzinger, prefect of the Congregation for the Doctrine of the Faith, is composed of twenty leading biblicists. In introducing the nearly five-year study, Cardinal Ratzinger invited Christians to recognize “the Jewish reading of the Bible as a possible reading.” In other words, such a reading might be of great help in important questions, such as the Messiah.
“The Jewish Messianic expectation is not vain,” the document says. “It can become a strong stimulus for us to maintain the eschatological dimension alive,” that is, the Christian expectation of Jesus’ return at the end of time, it says.
“Like them, we also live in expectation,” the document continues. “The difference is in the fact that for us the One who will come will have traces of that Jesus who has already come and who is present and active among us.”
The new publication “hopes to foster love toward the Jews in the Church of Christ,” following the “abominable crimes” they were subjected to during World War II. In “light of the Scripture, the rupture between the Church of Christ and the Jewish people should not have happened,” the document says.
“This is a total novelty,” Chief Rabbi Joseph Levi of Florence told the Italian press. Rabbi Levi is especially pleased with the objective of the document: to manifest officially “the amazing force of the spiritual ties that unite the Church of Christ with the Jewish people.” 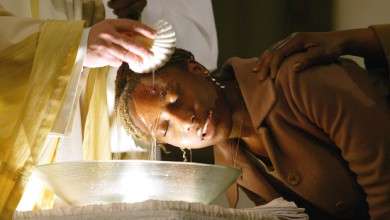 Should I go to confession if I can’t remember my sins?