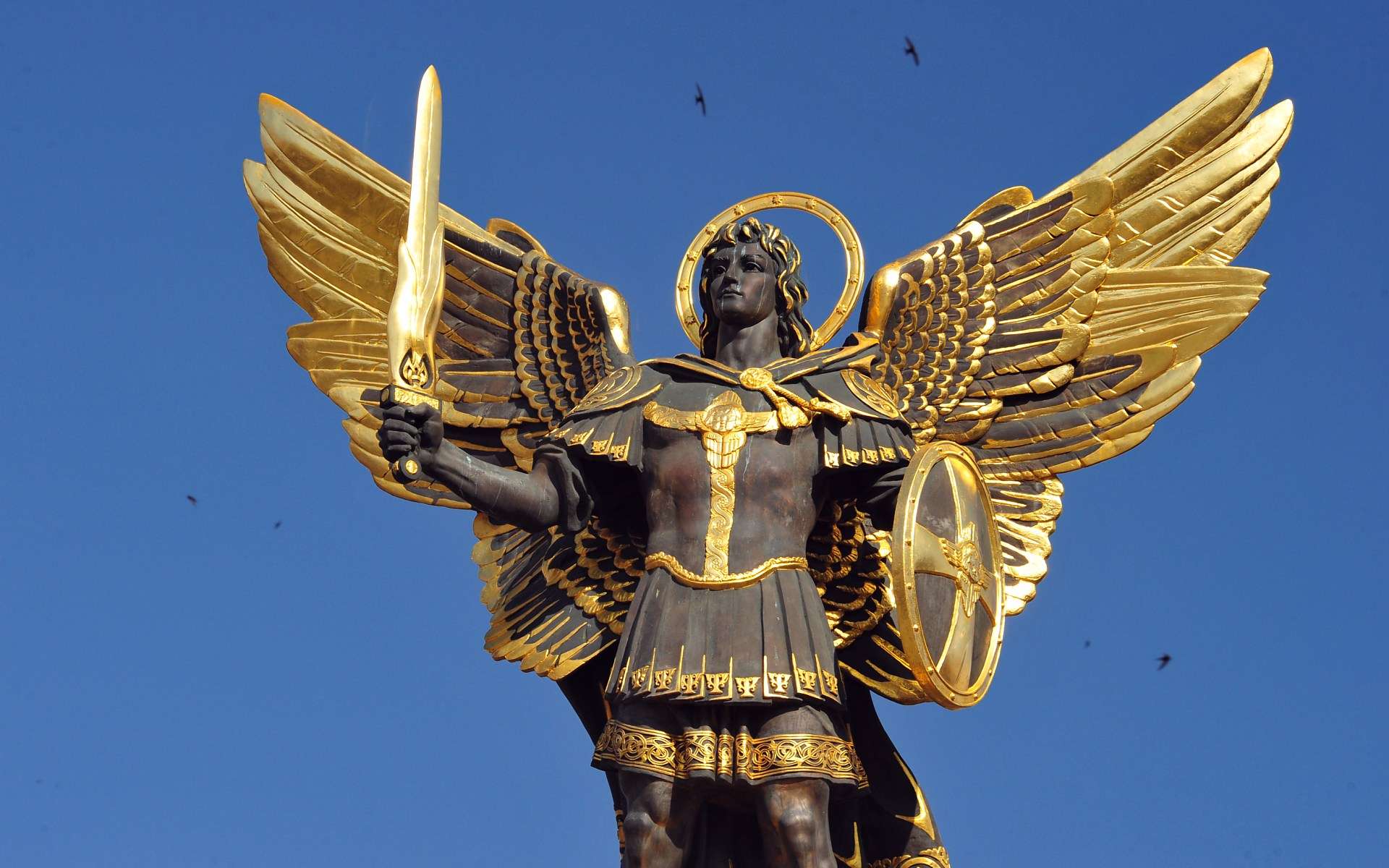 The Mystery Behind the Prayer to St. Micheal

Catholic Home » Prayers » Articles » The Mystery Behind the Prayer to St. Micheal

The Prayer to Saint Micheal the Archangel is a prayer that is well known by many Catholics today. There are two versions to it; the short and Long version. Many Catholics can memorize the short one, although the long one is majorly used for exorcism.

This prayer is said in times when our conscience or we directly sense or encounter danger and threatening situations. Many others say them for various reasons, depending on what kind of aid they need from God through His Archangel Micheal.

When Satan was cast down from Heaven by God, he was cast down along with few angels whom he deceived into joining his rebellion against God. So in our world today Satan and these his demons (angels) are still always in a constant battle with the Angels of God over our spiritual safety. So there are fierce spiritual battles and clashes that happen all around us each day. These made the “Prayer to Archangel Micheal” very necessary, given that Archangel Micheal is one of God’s known War Angel that liberates souls from the claws of the Devil, the Archangel is know to be a great threat to the entire Kingdom of Darkness (Satan and his Demons) from how Revelation 12: 7-9 described Him.

The mysterious origin of the “Prayer to Archangel Micheal” is an intriguing fact that made the Prayer important and effective;

Pope Leo XIII is a servant of God whom during his time as Pope had visions and revelations of the spiritual realm severally. In one account he once saw a thick wind of demonic forces circling Rome. In the 1930s he unleashed a detail of a vision he had where he heard God and Satan discussing. In the Discussion God gave granted Satan permission to do his worst works in the 20th Century, just as God allowed him to tempt Job. This vision of Pope Leo XIII rose so much attention in Catholic publication of that time (1930s).

One day after a Holy mass at the Vatican Pope Leo XIII was seen starring blankly, he was lost in a vision that was probably happening right before his eyes. Few minutes later he snapped back to consciousness, he walked right into his office. No one understood what was wrong with him. Almost an hour later he came out with the “Prayer to St. Micheal the Archangel” the vision he saw that Sunday is yet to be made known in full to everyone.
So let us never neglect the spiritual warfare that is always going on all around us; so in other to be save we need to be prayerful.

Here’s the Prayer to St. Michael:

defend us in battle.

Be our defense against the wickedness and snares of the Devil.

May God rebuke him, we humbly pray,

and do thou, O Prince of the Heavenly hosts,

by the power of God, thrust into Hell Satan,

and all the evil spirits,

who prowl about the world seeking the ruin of souls.