The real question is “How can we doubt It?”

In the Gospel, Jesus could not have made it more clear. TEN times in nine verses (Jn 6: 50-58) he repeatedly explained that he was going to give mankind his own flesh and blood as “real food” and “real drink” so that he can live in us and we in him … so that we may have eternal life.

His statements were so straightforward, so unambiguous that his audience was scandalized. We’re told that the Jews “quarreled among themselves” and that many of the disciples abandoned him after this bread of life discourse. No one suggested that Jesus was just speaking metaphorically.People were perplexed and revolted by the apparent cannibalism his words implied.

At the Last Supper, as Jesus institutes the Sacrament of the Eucharist, his words of consecration echo these earlier statements in the synagogue at Capernaum: “This is my body, which will be given for you” and “This cup is the new covenant in my blood, which will be shed for you” (Lk 22: 19-20). Still, the apostles were clueless … a state of confusion that more or less continued until Pentecost.

But once they got it, they really got it. The greatest miracle, greatest mystery of our faith–the Transubstantiation of bread and wine into the body, blood, soul and divinity of Jesus Christ with the words of consecration at every Mass–became the core of Christian worship and “the source and summit of Christian life.”

The Fathers of the Church gave witness to the fact that Jesus did not give us a symbol of himself, but instead empowered his Church, through her priests, to continue his physical presence in the world. In fact, a famous Protestant scholar, J.N.D. Kelly, who extensively studied the history of the early church, affirmed this understanding of the Eucharist. He wrote:

Eucharistic teaching, it should be understood at the outset, was in general unquestioningly realist, i.e., the consecrated bread and wine were taken to be, and were treated and designated as, the Savior’s body and blood (Early Christian Doctrines, 440).

Take note of those who hold heterodox opinions on the grace of Jesus Christ which has come to us, and see how contrary their opinions are to the mind of God.  They abstain from the Eucharist and from prayer because they do not confess that the Eucharist is the flesh of our Savior Jesus Christ, flesh which suffered for our sins and which that Father, in his goodness, raised up again. They who deny the gift of God are perishing in their disputes (Letter to the Smyrnaeans 6:2–7:1).

Around the year 151 A.D., St. Justin wrote these words to the Roman Emperor Antoninus Pius:

We call this food Eucharist, and no one else is permitted to partake of it, except one who believes our teaching to be true and who has been washed in the washing which is for the remission of sins and for regeneration [i.e., has received baptism] and is thereby living as Christ enjoined. For not as common bread nor common drink do we receive these; but since Jesus Christ our Savior was made incarnate by the word of God and had both flesh and blood for our salvation, so too, as we have been taught, the food which has been made into the Eucharist by the Eucharistic prayer set down by Him, and by the change of which our blood and flesh is nurtured, is both the flesh and the blood of that incarnated Jesus (First Apology 66).

A famous (former) Protestant minister once attended Mass out of curiosity. Dr. Scott Hahn wrote movingly about his first experience of the Transubstantiation. He explained:

As an evangelical Calvinist, I had been taught that the Catholic Mass was the greatest sacrilege that a man could commit – to re-sacrifice Christ – so I wasn’t sure what to do.

After pronouncing the words of consecration, the priest held up the Host. I felt as if the last drop of doubt had drained from me. With all of my heart, I whispered, ‘My Lord and my God. That’s really you! And if that’s you, then I want full communion with you. I don’t want to hold anything back’ (Rome Sweet Home, pp. 87-88).

Those who struggle to believe in the Real Presence of Jesus in the Eucharist, don’t have to rely on Gospel passages and the opinions of Church fathers and converts alone.

For hardcore skeptics, our merciful Lord has permitted 153 approved Eucharistic miracles attesting to his Real Presence in the Eucharist, across the ages and in many countries of the world. In this Internet age, it is easy to learn more about them. The most famous are the miracles that occurred in Italy in Orvieto (1263), Lanciano (8th century) and Siena (1730).

In each miracle where bread and wine have taken on the appearance of flesh and blood, the flesh has been confirmed to be cardiac tissue and the blood is always Type AB. A website called therealpresence.org gives details about the 153 approved miracles of the Eucharist and other  miracles that are well-documented but not formally approved.

In light of Jesus’ words, in light of the central mystery of our faith, the constant teaching of the Church and hundreds of miracles through the centuries, how will you approach Communion today? As a routine, without giving it much thought?

If it’s been months or years since you’ve been to Confession, do you get in the line for Communion anyway, to prevent other people from thinking that you’ve committed some awful sin? Actually THAT, receiving the Eucharist unworthily, is a truly grave sin. It is a sacrilege to receive Holy Communion while being in a state of mortal sin. If you’ve not fulfilled the obligation for once yearly Confession, if you’ve intentionally skipped Mass on a Sunday without adequate reason, such as illness, you may not be in a state of grace to later receive the Eucharist unless this grave sin has been confessed and absolved.

Quoting St. Paul’s Letter to the Corinthians, the Catechism warns:

“Whoever, therefore, eats of the bread or drinks the cup of the Lord in an unworthy manner will be guilty of profaning the body and blood of the Lord. … For anyone who eats and drinks without discerning the body eats and drinks judgment upon himself” (1 Cor 11: 27-29). “Anyone conscious of a grave sin must receive the sacrament of reconciliation before coming to communion” (Catechism of the Catholic Church, 1385).

Our belief in the Real Presence must, therefore, guide our reception of the Eucharist and permeate all of our actions when we are in church. Sacred silence, reverent genuflections and proper attire for worship are all manifestations of deep reverence and faith. But don’t confine your reverence and gratitude for this greatest imaginable gift to the interior of the church. When you leave Mass after receiving Communion worthily, you carry Jesus within you and you live in him. Let us try always to be aware of this extraordinary grace, into the parking lot and beyond.

Fr. James Farfaglia is the Pastor of Our Lady of Guadalupe Catholic Church in Corpus Christi, TX.  You can visit him on the web at www.fatherjames.org. 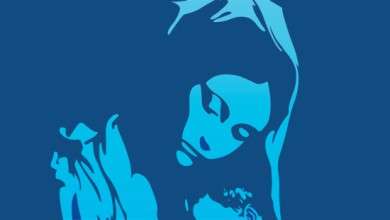 Color of the year: A choice that says Mary, heaven and peace

5 Usual Misconceptions Majority have about Purgatory 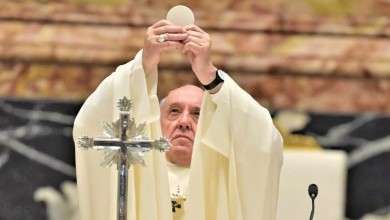