The generosity that Pope Paul VI talks about in regard to responsible parenthood is a kind of courage.

When Pope Paul VI wrote the encyclical letter Humanae Vitae in which he stated that artificial contraception violated natural law, he explained that couples who have “serious” and “well-grounded reasons” to avoid the conception of a new human life could morally limit the marital act the infertile times of the wife’s natural cycles (HV §16).

As an engaged college student and in my early married life I encountered many debates over what constituted a “serious reason.” Some would argue that unless a family is living with a dirt floor and no food, there is never a moral reason to avoid the conception of a child. Others argued that one should not chart the woman’s cycle at all, that true openness to life and respect for natural law is when couples engage in the marital act whenever they feel a desire to express marital love and have babies as they come. Both of these ways seem less than human. The first fails to take into account that children require much more from parents than food and shelter. The second fails to acknowledge the reason God gave us over our natural impulses and that to be fully human we must use prudence to choose the best act in every circumstance.

When thinking about what we are called to be as reasoning human persons, it seems that the best approach to discerning when to be open to or limit having another child is through using virtue ethics. Every marital act is a human act, one that a couple should enter into guided by reason, choosing to make a gift of self to the other, and with full knowledge and openness to the natural end of a new human life. This means couples should be guided by prudence and love whenever they choose to enter into the marital act. Understanding virtue and seeking to exercise it can be crucial to a couple’s decision to enter into this act. It is more in accord with natural law and our human nature to use prudence both when determining when to have children and when to avoid conception then to not reason about it at all.

The exercise of prudence in discerning family size is what Pope Paul VI called “responsible parenthood.” His words explain very beautifully the ends of marriage with reverence toward God and the creation of new human life:

With regard to the biological processes, responsible parenthood means an awareness of, and respect for, their proper functions. In the procreative faculty the human mind discerns biological laws that apply to the human person. (9)

With regard to man’s innate drives and emotions, responsible parenthood means that man’s reason and will must exert control over them.

With regard to physical, economic, psychological and social conditions, responsible parenthood is exercised by those who prudently and generously decide to have more children, and by those who, for serious reasons and with due respect to moral precepts, decide not to have additional children for either a certain or an indefinite period of time.

[…] In a word, the exercise of responsible parenthood requires that husband and wife, keeping a right order of priorities, recognize their own duties toward God, themselves, their families and human society.

From this it follows that they are not free to act as they choose in the service of transmitting life, as if it were wholly up to them to decide what is the right course to follow. On the contrary, they are bound to ensure that what they do corresponds to the will of God the Creator. The very nature of marriage and its use makes His will clear” (§10).

He goes on to condemn the use of artificial contraception that violates the natural ends of the marital act, explaining that the marital act unites “husband and wife in the closest intimacy” and “also renders them capable of generating new life” (HV §12). A couple has to preserve both of the “essential qualities” for a marriage to fully retain “its sense of true mutual love and its ordination to the supreme responsibility of parenthood to which man is called” (HV §12).

Virtue ethics helps us to know what are “well-grounded reasons for spacing births, arising from the physical or psychological condition of husband or wife, or from external circumstances” in which couples should “take advantage of natural cycles” (HV §16). It further helps us to know when it is a prudent time to have more children. Married couples who are acting as responsible parents and decide to either have or to not have additional children are being both prudent and generous. And prudence and generosity are both virtues.

A basic definition of virtue is that virtue is a mean between extremes in accord with right reason as the prudent person would act (Aristotle, Nicomachean Ethics, II.6.15). Prudence is an intellectual virtue that applies true moral principles to particular circumstances. It is the virtue we use to acquire knowledge about a decision we need to make and then that which helps us think about and come to a reasonable conclusion based on the knowledge we have and what we know to be good.

For example, prudence helps me decide which are the best blinds to purchase. I prefer to get cordless blinds since I know there will be children playing close to the window, but also have a budget. I know from experience and from talking to experts that a particular brand of blinds is of good quality and not overpriced. If I follow my knowledge of the situation, it is prudent for me to purchase blinds of the brand I have in mind.

When it comes to prudently and generously deciding when to have more children, married couples can discern this by thinking with and living out the virtues. I will look at this more specifically in Part II.

Do "the Soul of Dead Know Nothing?" 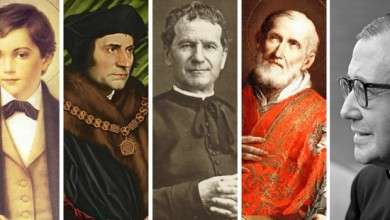 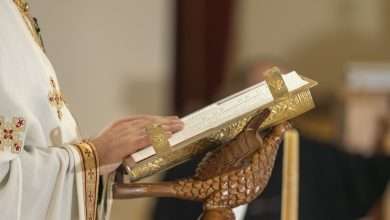 How to find out if are called to the priestly ministry

Top 5 Scriptures to Strengthen You