Below are the Twelve Articles of the Catholic church listed and explained based on the catholic faith:

I believe in God, the Father Almighty, Creator of heaven and earth: This declares our faith, trust, and dependence on the one true God, the creator of the whole Universe. The three in one God (the Trinity).

And in Jesus Christ, his only Son, our Lord: The word Jesus meaning “Jeshua” in Hebrew means “God saves”. And Lord in Hebrew and Greek mean “Adonai which implies “divine”. Therefore, the Catholic Church believes Jesus to be divine and above all the Savior of all mankind.

He suffered under Pontius Pilate, was crucified, died, and was buried: This verse of the article is so that all may see that just like every other human that Christ in his earthly nature suffered pain, was condemned to suffering and death; in his quest to save all mankind. The mention of Pontius Pilate is not to vilify or attract condemnation. It is done to validate and clarify the historical details of Christ’s suffering and death.

It also reminds the faithful that one can’t blame all Jews for the death of Jesus; as some have erroneously done over the ages. Certain Jewish leaders conspired against Jesus, but the actual death sentence was given by a Roman and carried out by Roman soldiers. So both Jew and Gentile alike shared in the spilling of innocent blood. Anti-Semitism based on the Crucifixion of Jesus is inaccurate, unjust, and erroneous.

He descended into hell, The third day he rose again from the dead: The hell referred to in this article is not the hell for the damned; where the devil and his demons reside; no! The hell referred to here is the place for the dead as the Jews and Early Christians then called it. So Jesus after the third day of his death rose again out of the abundance of his own divine powers. He rose not as a ghost or spirit but with a body. These he did to as usual prove his divinity and the great power of God.

He ascended into heaven and is seated at the right hand of God the Father Almighty: Christ ascended back to Heaven to meet with His Heavenly Father (God) to seat at his right-hand side of authority in Heaven. This he did before the eyes of the faithful to prove and assure them that all who follow His path will someday dwell with him and the Father.

He will come again to judge the living and the dead: “Judgement Day”, “Doomsday”, “Day of Reckoning”, etc are the names most people call it now but it all refers to the second coming of Christ when he will come with the task of not salvaging the whole world again but to Judge it all.

The holy Catholic Church, the Communion of Saints: The Catholic Church is not just a mere institution or infrastructural community with facilities but a necessary spiritual growing family where all are equal before God, Jews and Gentiles alike. Where the faithful commune with Christ constantly.

The forgiveness of sins: The Catholic Church in this verse of the Article affirms an everlasting belief that Christ came to the world to die that our sins might be forgiven us. So the Church teaches her faithful to constantly rely on Christ’s afforded grace for forgiveness of sin. The Catholic Church believes that Original Sin is forgiven in Baptism. Other sins by the sacrament of Penance mainly through confession.

The resurrection of the body: The Catholic Church believes that human is made up of body and soul, dying now will entail a temporary separation of the body from the soul which will be reunited again on the judgment day when Christ will come again. So the Just will go to heaven just as Christ with body and soul and the guilty will be damned to hell body and soul as well.

And in life everlasting: Before one could pass on from this life to the next life he/she would die just like our Savior Jesus did. At the moment of private death before the Judgement day, Catholics believe that souls will be judged privately.

The Catholic Church believes that anyone who dies with unconfessed and unforgiven mortal sin and sins of wicked and evil deeds will be damned to hell. And those whose sins aren’t that worse to deserve hell nor good enough to go to heaven will be put in Purgatory; a middle ground between heaven and hell; a state where departed souls would go to be cleansed of any attachments to sin before going through the pearly gates to Heaven.

The Twelve Articles of the Catholic faith. Check another version of this article

The reason St. Augustine gives us helpful teaching in the internet age

Why do Catholics Have Statues in Churches? 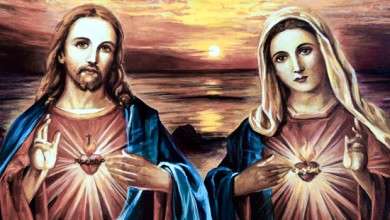 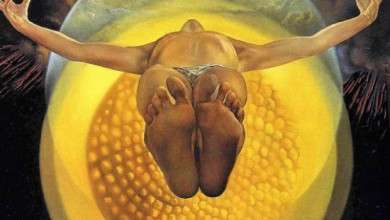