On June 21, In the Latin Metropolitan Basilica in Lviv, the nominee Bishop  Edward Kava was ordained as a bishop, on May 13 he was appointed by Pope Francis as Assistant Bishop of the Lviv Archdiocese of the Roman Catholic Church in Ukraine.

The 39-year-old Edward Kava became the youngest Catholic bishop in the world.
During the solemn Mass, Archbishop Mecislaw Mokszycki, Metropolitan of Lviv, and Archbishop Claudio Gugerotti, Apostolic Nuncio in Ukraine, and Bishop Stanislav Shirokoradyuk, Ordinary of the Diocese of Kharkiv and Zaporizhzhya of the RCC, became the chief consecrating hierarch. The Head of the UGCC Patriarch Sviatoslav took part in the Mass.
Bishops and priests from Ukraine, Poland, Slovakia, Hungary, Italy arrived at the solemn procession. Franciscans arrived from different cities, among which the Provincial of the Krakow Province of Franciscan Convents and others. Participation was taken by priests from the Orthodox Churches, government officials, diplomats.

The Mass was conducted in Polish, Ukrainian and Latin languages.

“May the Lord bless you and lead the ways of the Blessed Jacob Strepa and St. Joseph Bilczewski,” Metropolitan of Lviv, Archbishop Mecislav Mokshitsky called on Edward Kava, to perform the mission that the Church and the faithful await from him.

The archbishop asked the believers to pray for the new ministry of Bishop Edward: “A difficult assignment was entrusted by the Church on the new bishop. I believe the Church will not leave him alone to complete this assignment. Therefore, I beg everyone to accompany Bishop Edward in accomplishing this assignment. Lord Jesus said, “Wear one another’s burdens.” And those words remain the task for us. It is through our prayers that we must support his ministry. It is our duty to accompany him in preaching the Word of God.”

The greetings were also extended by Archbishop Claudio Gugerotti, the Head of the UGCC Patriarch Sviatoslav, the head of the province of confident brothers Franciscans. They all wished the new bishop a fruitful ministry, to which the Lord called him.

In his first episcopal speech, Bishop Edward thanked the Lord for the gift of faith and service, expressed gratitude to all the bishops, priests and laymen present. Separately, the newly ordained bishop appealed to the faithful: “Tell me how to be a good shepherd, and I will try to be an instrument of peace and good in the hands of God.”

2008 – Delegate of the province of St. Anthony of Padua in Ukraine.

2009-2010 – superior of the monastery and pastor of the parish of the Transfiguration of the Lord in Borispol.

2012-2016 – Superior of the monastery and Pastor of the Transfiguration Church in Boryspil.

2016 – superior of the monastery and pastor of the parish of St. Anthony in Lviv. 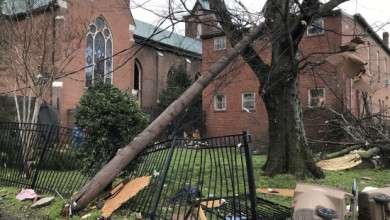