Pope Francis spoke before an audience of religious superiors to share the Vatican contains much corruption – but he remains at peace with help from one peculiar method.
“There is corruption in the Vatican,” the Pontiff explained, adding the problems are cause for great stress.
Rather than drown in useless frustrations, Pope Francis chose to follow the traditional Italian way.
“The Italians offer a good lesson – to live in peace you need a healthy ‘couldn’t care less’ attitude,” he shared. “I don’t mind telling you that what I am going through is a completely new experience for me.
“In Buenos Aires I was more anxious, I admit it. I felt more tense and worried. Basically I wasn’t like I am now.
“From the moment I was elected I had a very particular feeling of profound peace. And that has never left me. I am at peace. I don’t know how to explain it.”
Despite the ongoing sense of peace, Pope Francis admits there are times when stressful event occur and he resorts to one simple, surprising act.
He grabs a piece of paper, writes down the problem, then places the paper beneath a statue of a sleeping St. Joseph, which is in his room.
“Now he sleeps on a mattress of notes!” Pope Francis exclaimed, adding this is why “I sleep well: it is the grace of God.”
Unsurprisingly, the Pontiff also prays for peace. After praying, the Pope shared: “The peace within me grows…my peace is a gift from th Lord.”
According to the Catholic Herald, the Pontiff has been working on how to handle financial and sexual scandals.
Obviously upset, Pope Francis said: “[T]he Lord strongly wants consecrated people to be poor. When they are not, the Lord sends a bursar who leads the institute to bankruptcy!”
Of sexual abuse, Pope Francis has often shared his deep sadness and anger. Speaking before 140 superiors general of male religious organizations and congregations in November, at the conclusion of their 88th general assembly, Pope Francis said abusers were often abused when they were young as well, so “abuse is thus sowed into the future and this is devastating.
“If priests or religious are involved, it is clear that the devil is at work, who ruins the work of Jesus through those who should proclaim him.” This behavior is a “disease.”
Pope Francis added: “If we are not convinced that this is a disease, we cannot solve the problem.” He urged those present to carefully consider applicants for religious life and ensure they are “sufficiently emotionally mature.”
They should never be quick to “accept in a religious community or diocese a candidate who has been rejected by another seminar or another instituted” without asking “for very clear and detailed information on the reasons for their rejection.”
The Pontiff’s entire statement and conversation during the meeting was published as part of the 4,000th issue of Jesuit-run newspaper La Vicilta Cattolica.

Education and play are key to childhood, Pope tells Cuba, US youth 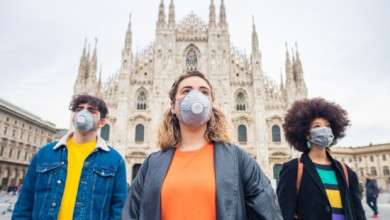 'You are not alone' – Oregon bishops, priests support a community in shock