The sign of the cross a gesture I’ve used as long as I can remember. As Catholics, we tend to take it for granted. As a youth, I may have been taught its history and power, but I have long since forgotten those teachings. It is only in more recent years that I have realized we should never take this gesture for granted.

This topic is on my mind because when we were recently visiting our home state of Wisconsin, we had lunch with a longtime friend. He is a Protestant, and we respectfully discussed some of our differences.

While we were dining, he mentioned that he now makes the sign of the cross. That delighted me. We did not discuss it further because we had much to talk about. I do not know how much he actually understands about it, or for that matter, how much the average Catholic knows. This simple sign is a great gift.

This is what I would like to explain to him, in case he does not already know. Dan, this one’s for you.

St. Francis de Sales wrote a short book called The Sign of the Cross: The Fifteen Most Powerful Words in the English Language. He wrote it as a defense of this gesture when 16th Century Calvinists decried it as an invention of the Pope. This saint demonstrates that the sign of the cross originates at the beginning of Christianity, and explains its importance. I will be borrowing heavily from his work.

St. Francis calls it both a Christian ceremony and a prayer. He says this:

He adds later, “The sign of the cross, then, is nothing other than a brief and lively exterior prayer by which God is invoked, and, as a result, it is proper for all of our doings and plans.” Indeed, it is a simple way to remind ourselves to consider God in all we do.

Francis reminds us that this gesture by itself is morally neutral, but God makes it powerful. If you pay attention, you will notice that there are cross-shaped figures all over. The difference between those figures and signing ourselves is that when we mark ourselves with the cross, the ultimate intent is to honor God. St. Francis tells us “Yet when this sign is employed so as to give honor to God, even though it be indifference in itself, it becomes a holy ceremony, one that God uses to many good ends.”

Rather than marking our entire body, as we commonly do today, there was a time when it was popular to place the sign on the forehead. This is familiar to people who attend Ash Wednesday services because that is where the ashes are placed.

When the sign of the cross is made with three fingers, it signifies the Blessed Trinity.

Current practice for Catholics is to cross ourselves with an open palm, displaying all five fingers. This is to represent the wounds of Christ.

I did not realize this until reading St. Francis de Sales. It makes me look at my hands differently. My fingers now remind me of God’s great love for us.

Today we usually make the sign of the cross the way St. Francis describes it:

Why Is It Important?

Every time we make this gesture, we mark ourselves as disciples of Jesus. It reminds us that we are subjects and children of God.

Catholics use it at the beginning and end of prayers. It is a visible sign showing who we are praying to. Sometimes Catholics are reluctant to do this in a public setting or with groups of Protestants (since most Protestants do not begin prayer this way.) I have been guilty of this myself. One night at Mass, the priest mentioned this very thing in a homily. He reminded us that making this sign in public is one more way to evangelize and show everyone to whom you belong.

The sign of the cross has power against Satan. St. Francis gives two reasons for this:

The one is that it represents the death of the Savior, who has abased and subjugated him, which this proud being hates and fears in the extreme; the other is that the Cross is a brief and powerful invocation of the Redeemer that can be employed on every occasion suitable for prayer.

As he later points out, there is no occasion not suitable for prayer.

It is a profession of faith. Francis reminds us:

The sign of the cross can be made to testify to belief in the Crucified and thus to be a profession of faith or to show that one hopes in and places one’s confidence in the same Savior, in which case it is a means of invoking God’s assistance in virtue of the Passion of His Son.

When we use it in blessing others, de Sales says:

Rather than just raising or imposing hands, “now we make the sign of the cross in order to attest that every blessing takes its merit and value from the Passion of Jesus Christ, which may also be called His exaltation.

In The Screwtape Letters, C.S. Lewis discusses the importance of the relationship between body and soul. What our bodies do can definitely affect our souls. Kneeling, for example, helps us become more prayerful as it reminds us of Whom we are praying to and Who we are subject to. It is why we do not just sit during the entirety of Mass. Every position during worship is for a reason.

To be sure, the essence of prayer is in the soul, but the voice, our actions, and other external signs by which we express our interior state are the noble accompaniments and most useful qualities of prayer, for they are its effects and its works.

The soul will not be content to pray if the whole man does not. The soul, indeed, makes the eyes, the hands, and the knees pray along with it.

Where To Go From Here

It is good that my friend Dan mentioned that he uses the sign of the cross. Thanks to him, I learned about St. Francis de Sales’ book and spent more time contemplating this sign I make so frequently. This gesture continually reminds us that we belong to Jesus, and announces it to anyone who may be watching.

Yet there is more. Signing ourselves not only speaks of what Jesus did for us but also what He asks of us. In Luke 9:23 (NABRE) Jesus says: “If anyone wishes to come after me, he must deny himself and take up his cross daily and follow me.”

This is a hard saying. We are to deny ourselves daily, to take up our cross daily. I can only do this through the power of Jesus. 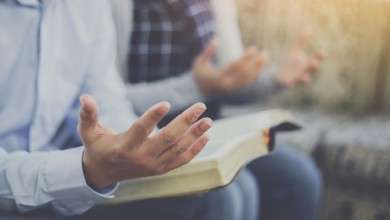 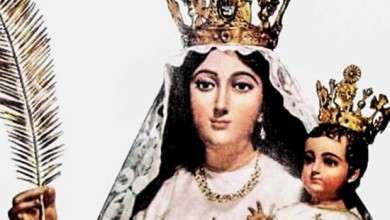