They were praying to Padre Pio for him before they even knew why.

Is it a miracle, medicine, or both? Judge for yourself. Greicy Schmitt, a Brazilian mother of three, recently shared her testimony of how her youngest son, Lazaro, was cured from cancer after the family invoked the intercession of St. Padre Pio. Her words were published on an Instagram account from Brazil dedicated to that great Italian saint, @opadrepio.The story starts in October 2016, when a consecrated member of a local Catholic religious community called “The Way” (“O Caminho” in Portuguese) met the family after Mass at their parish. He asked them what their youngest son’s name was—Lazaro—and told them to pray to Padre Pio for him. The family hadn’t yet heard of the saint, but they immediately set about learning more about his life and adopted the devotion with enthusiasm.

They didn’t know yet why Lazarus would need prayers, but apparently the Holy Spirit was moving in the heart and mind of that consecrated soul. In May of 2017, the young boy—just a year and a half old at the time—was diagnosed with retinoblastoma (malignant cancer in his eyes) and suddenly, those prayers took on new meaning. In her testimony, Greicy says,

“Our faith and our confidence in Padre Pio’s intercession strengthened us.”

Little Lazarus underwent nine months of surgery and treatment. “After the last session of chemotherapy,” his mother says, “I made a promise to Padre Pio, asking his eternal protection for Lazarus, saying I’d donate a beautiful image of him” to The Way’s novitiate. She made the promise in January of 2017, and the image of the saint was put in place on the saint’s feast day, September 23, that same year.

And Lazarus is cancer-free. He lives with his parents and two older brothers, João (John) and Augusto, in Paraná in southern Brazil. The three boys are altar servers, and love riding horses.

Some people may say that the cure was entirely due to the skill of the doctors, but we need to remember that, more often than not, God works through human instruments. St. Padre Pio’s intercession helped the family stay strong and hopeful, and we can reasonably believe that he obtained grace from God to guide the medical team treating Lazaro, and to strengthen the young boy’s health.

May the faith that guided the Schmitt family through the difficult trial of cancer and kept them strong and hopeful, continue to be their rock and foundation; and may Padre Pio continue to watch over Lazaro and his brothers throughout their lives. Padre Pio, pray for us all!

The Unknown Miracles of Padre Pio, Saint with the Stigmata 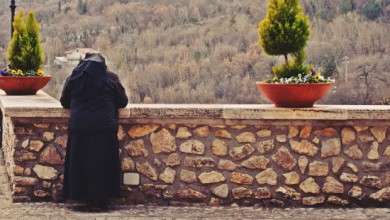 Fulfillment of the Wifely Vocation 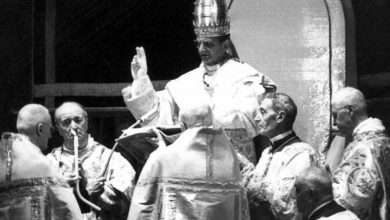 About Gammarelli: The Popes' Tailor since 16th Century