John Paul II called the schedule set by his father his “first seminary” that inspired him to become a priest.

John Paul II’s road to the papacy and to the heights of sanctity began while he was in high school. At this point he had experienced the deep pain of loss. Both his mother and his only sibling died during his childhood, leaving him alone with his father.

This could have led to a sorrowful life for young John Paul II, but instead he clung tightly to his father (Karol Sr.) and they both turned to God. Drawing from his own time in the military, Karol Sr. developed a rigorous schedule that they both kept each day.

Rising early in the morning, father and son would say their morning prayers, attend morning Mass at 7:00, and eat breakfast before school started. John Paul II was an altar boy and served the daily Mass he attended with his father.

At the end of the school day, there was time for play, homework, and walks together after supper. They would read the Bible, pray the Rosary, and have deep discussions about faith.

Looking back at his childhood, John Paul II was eternally grateful for the example of his father, who provided for him his “first seminary” and gave him the foundation needed to continue in his quest for holiness. It would also provide the first seeds of a vocation to the priesthood, although at the beginning, he was reluctant to accept the call of the Lord.

It is said that sons need good fathers in order to become a fully formed man, capable of fulfilling their vocation to fatherhood, whether as a priest or in a family. John Paul II had one of the best fathers a son could ever have, and so it is no surprise that he developed into a confident man, ready to change the world.

As John Paul II would repeatedly say during his pontificate, “The family is the ‘first and vital cell of society’ … The future of the world and of the Church, therefore, passes through the family.” 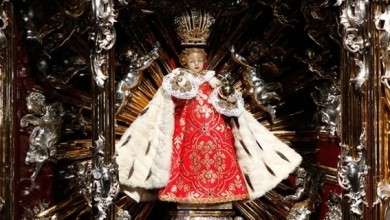 St. Augustine on a Personal Relationship with Jesus

The Futility of Starting Your Own Church 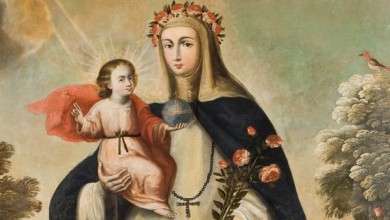