Isabel Cristina Mrad Campos was born in Brazil, in the ancient city of Barbacena, on July 29, 1962. A few weeks later, on the feast of the Virgin Mary’s Assumption, her parents had her baptized in the parish church of Nostra Signora della Pieta in Barbacena. At the age of seven, she received her First Holy Communion at the school of the Daughters of Charity of St. Vincent de Paul.

Isabel grew up in a devout Catholic family and led an everyday life. She studied hard, dated, and attended socials, participated in Church activities, and was even part of the local St. Vincent de Paul Conference. She cared for needy children, spent time in prayer, and planned on becoming a pediatrician. The world looked bright to Isabel Campos.

She studied at Immaculata College, run by the sisters of the Daughters of Charity. She was an excellent student with above-average intelligence, applied herself well, was held in high regard by her teachers, and had a good relationship with everyone. Often, Isabel helped the sick and the elderly, giving them food while demonstrating love and kindness to all, no matter who they might be.

When Isabel was 20 years old, she and her brother, Roberto, moved to the city of Juiz de Fora, where Isabel was going to prepare for entrance into medical school. They found a small apartment to rent located close to the school. It was an excellent place to study, but, more importantly, it was close to the church and the Blessed Sacrament. Having little money, she began to furnish the house as best she could.

She managed to acquire a table and chairs, utensils and plates, and other necessary items. Included among them was a wardrobe closet that required assembly. She hired a young local man who had a reputation as a reliable handyman and charged reasonable prices.

On August 30, 1982, the young man delivered the wardrobe and began to assemble it. He began to converse with Isabel. She became very uncomfortable as the man started making suggestive comments to Isabel and asking her to date him. Isabel asked him to please finish his work and told him she was not interested. He told her he had to leave to get a missing part and would return to complete the job in a day or two.

On September 1, the man returned to Isabel’s apartment to finish the work. Sadly, his intentions were not on work. He began to assault her, as she pushed him away, telling him to stop. The man became increasingly enraged and threw Isabel to the floor, grabbing a chair and hitting her with it.

Isabel continued to fight against him, as he gagged her with sheets, tied her up, and ripped off her clothing. Still, she somehow managed to keep fighting and he was unable to rape her. He went on to stab her 15 times and she died.

Her violent death triggered an outcry for her recognition as a martyr for the faith. Many compared her to St. Maria Goretti. Also, many testified to Isabel’s work with those with disabilities and those who were the poorest of the poor.

On January 26, 2001, she was declared a Servant of God and in September of 2009, she was declared Venerable. In October 2020, Pope Francis recognized her death “in defensum castitatis” (in defense of purity). She has been declared  a martyr and her cause for beatification has been approved; a date has not been set. 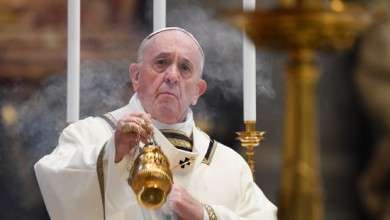 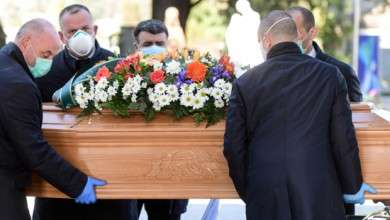