29-year-old Don Giovanni Forasini loved his parishioners so much it cost him his life.

Giovanni Fornasini was born on February 23, 1915, in Pianaccio, a small suburb of Belvedere in the Bologna province of Italy. His father, Angelo, was a charcoal burner, one of the people who manufactured charcoal. His mom, Maria Gucci, and his older brother, Luigi, made up the family.

Angelo was injured in World War I and could no longer work at his trade. The family moved to Poretta Terme, about 50 miles away but still in Bologna Province. Here Angelo managed to get a job as a postman. Maria got a job as well and the family settled in. Giovanni attended the local school but did not graduate. Whether or not he completed his elementary education is not known. It is documented that after leaving school, he managed to get a job as a lift operator at the Grand Hotel in Bologna.

As a teenager, he knew he was called to the priesthood

Giovanni knew he was called to the priesthood and at age 16, he was accepted into the minor seminary in Borg Capanne. That school closed in 1932, and he transferred to the Pontifical Seminary located in Bologna. On June 28, 1942, he was ordained a priest.

He began his ministry as an assistant priest in Sperticano in Bologna Province. The parish had about 400 people, and Father Giovanni took a particular interest in all of them. They were his “children,” and he took that responsibility seriously. His first Solemn High Mass was on July 12, 1942, at St. Thomas Church in Sperticano. In his homily, he told the people, “The Lord has chosen me to be an urchin among the urchins.” (He was simply telling the people he was just like one of them).

On July 25, 1943, the young priest, only one year after his ordination, made the church bells ring when Benito Mussolini was deposed from power. (Mussolini was executed on April 28, 1945.)

The Nazis were watching him

The Nazis were aware of Father Giovanni’s involvement with the partisans and were watching him closely. The young priest defended the defenseless parishioners from the cruelty and oppression of the Nazis. He had saved many lives, and after escaping the initial Nazi massacres, he continued risking his life to save others.

On October 12, 1944, a German commander’s birthday was celebrated in a school in Spertcano. The party-goers were drinking heavily, entertained by loud music as prostitutes moved about the dance floor. In the corner sat the young priest, doing his best to contain his anger. But why would he be there? Because he was trying to save one of his own.

During the day, an SS officer had seen a girl in the rectory mixed in with other evacuees. He decided he wanted this innocent young woman to be part of the evening’s festivities. Don Giovanni has rescued many of his people from the Nazi killers. He now has another to save, this young woman from the rectory, brought to the “party” by the Nazi officer.

He stared them down all evening

Father Giovanni made his presence known at the event. To the dismay of the party-goers, he stared them down all evening. The Nazis did not want to incite the local parishioners so, incredibly, the commander ordered the priest to return to the church with the girl he came for. Don Giovanni sighed relief and together, he and the young woman left. The priest had saved her.

But the next morning Don Giovanni, carrying his bag filled with the necessary oils and holy water for burying the dead, climbed up the rock-covered road that lead to where bodies of those executed or killed had been left, intending to bury as many as he could. As he reached the top of the hill, he saw the same SS officer who wanted the young girl the day before. The German soldier pulled out his gun, smiled at Don Giovanni, and promptly placed a bullet in his head.

That is how the life of 29-year-old Don Giovanni Forasini ended. He died in “oblatio vitae” (offering one’s life). He knew the consequences of his actions and embraced those consequences for the love of God and neighbor. He died on October 13, 1944.

On January 21, 2021, Pope Francis approved Don Giovanni’s cause for beatification.

Are There Cults in the Catholic Church?

US Vice President appreciate the Holy Father's Compassion on his Family 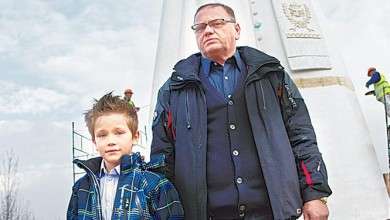