Cardinals Burke, Caffarra and Pujats are among 4,000 signatories who affirm the Church’s teachings on marriage and the Eucharist

Six bishops, three of them cardinals, have signed a statement reaffirming the Church’s teachings on marriage and morality.
The Declaration of Fidelity to the Church’s Unchangeable Teaching on Marriage and to Her Uninterrupted Discipline has gathered over 4,000 signatures worldwide since its launch last week.
The signatories say they are resolved “to remain faithful to the Church’s unchangeable teachings on morals and on the Sacraments of Marriage, Reconciliation and the Eucharist, and to Her timeless and enduring discipline regarding those sacraments.”
They say they have been moved to make the appeal by “widespread” errors about marriage and the family – “particularly after the Extraordinary and Ordinary Synods on the family and the publication of Amoris Laetitia”.
Among other teachings, the statement affirms that the Eucharist cannot be received by divorced and remarried people unless they are living as brother and sister: a teaching articulated in modern documents such as St John Paul II’s Familiaris Consortio and Benedict XVI’s Sacramentum Caritatis. John Paul said that, in this, the Church was “reaffirming” what it had always taught.
Cardinals Carlo Caffarra, Raymond Burke, and Jãnis Pujats have signed the statement. So has Bishop Athanasius Schneider, auxiliary bishop of Astana, who has previously called for Catholics to affirm truths which could be undermined by some interpretations of Amoris Laetitia; Bishop Andreas Laun, auxiliary bishop of Salzburg; and Bishop Juan Rodolfo Laise, bishop emeritus of San Luis.
The signatories also include Fr Giovanni Scalese, leader of Catholics in Afghanistan; Ettore Gotti Tedeschi, the former president of the Vatican Bank; the philosopher Josef Seifert, author of a detailed reading of Amoris Laetitia which critiques interpretations at odds with Catholic moral teaching; and several other prominent Catholic figures.
British signatories include the political philosopher John Laughland; John Smeaton, chief executive of the Society for the Protection of Unborn Children; and Dr Joseph Shaw, who is also the spokesman for the 45 priests and theologians who have asked for clarification of Amoris Laetitia.
According to the website Lifesitenews, some of the 45 signatories have been punished or put under pressure by their employers and bishops.
The filial appeal does not quote from or directly address Amoris Laetitia. Instead, it affirms Church teachings which the signatories believe have been called into question during recent “confusion” in the Church. Thefull text, which is around 14,000 words long and quotes from magisterial documents, affirms traditional teachings. These are summarised in aconcise version of the declaration. It affirms that all sexual relationships outside a valid marriage “gravely contradict the will of God”; that “Irregular unions cannot be recommended as a prudent and gradual fulfilment of the divine law”; and that those who are remarried after divorce should separate if possible, and if not should undertake to live in complete continence.
On communion for the remarried, it states: “No responsible discernment can sustain that admission to the Eucharist is permitted to divorcees that are ‘remarried’ civilly and live openly more uxorio, under the claim that, due to diminished responsibility, no grave fault exists, because their outward state of life objectively contradicts the indissoluble character of Christian marriage.” 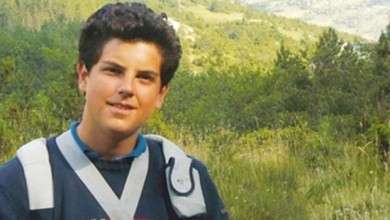