Tinder, similar to Voldemort from Harry Potter, is a name one does not utter in public.

Just the mention of this new dating app causes faces to blush, heads to turn, and judgments to be handed down. Like opinions of Taylor Swift, everyone has a stance they take on Tinder. They are either the biggest fan, think it is single handedly destroying all things good, or they are embarrassed by it but secretly love it.

So what is this “sparks flying,” “love story” telling, dark magic app for your phone? Tinder is the fastest growing dating app that is sweeping (or you might say swiping) the nation. On Tinder, a person’s picture appears, and if it is easy on the eyes (as my papaw says and as Laban’s daughter Rachel is described (Genesis 29:17)) you swipe right. If this person is not to your liking, you swipe left. If both individuals swipe right on each other’s pictures, then you are each notified and have the opportunity to text each other on the messenger portion of the app.

Unlike a Buzzfeed quiz, Tinder is no joke. The average user gets on Tinder 11 times a day and spends 90 minutes a day on it. There are 1 billion profile swipes per day, with men swiping right three times as much as women. Among the 1 billion swipes, there are 12 million matches per day. So that means there are 988 million rejections each day on Tinder. This is a level of rejection that Chicago Cub fans and Bachelor contestants know very well.

Tinder is not the first dating app, but it is the most successful dating app. Joining eHarmony and Christian Mingle in the online dating world two years ago, Tinder drastically simplified the love algorithm

In turn, it has achieved levels of success that only Franklin Delano Roosevelt and Michael Jordan understand.

Tinder believes that the core of a love connection is not a similar interest in underwater basket weaving or an affinity for World War II history, but  “love at first sight.”

However, as Kim Kardashian taught us, with success comes scrutiny. Critics of Tinder say the app simply promotes a hook-up culture due to the shallow nature of the connections and the instantaneous results it yields.

Others argue that it is further eroding our ability to interact with each other in person. Hiding behind your screen, Tinder allows users to text pick-up lines they would never say in person. Such lines include:

So how does the Christian respond to Tinder? The Bible is unclear about whether you should swipe right or left, but it is very clear that you should walk straight (Joshua 1:7, Ephesians 4:1).

Can you do that on Tinder? Yes, but like going to a potluck, you open up the possibility for sinning. Does that stop you from going to potlucks? For the sake of my grandma’s chocolate pie, may it never be so! But it does mean you need to be prepared and understand what you are walking into. You need to be prepared for the temptation that awaits, may that be from chocolate pie or…you get the picture.

Temptation is real, but it’s also not good for man to be alone (Genesis 2:18). The Bible speaks very little about what your future mate needs to look like, but it speaks greatly on the type of person you need to be for your future mate.

Instead of trying to find your dream girl, maybe you could work on becoming the dream guy and vice versa. If you found that dream, could you be the dream for that person? It is one thing to swipe right to a person, it is another thing to share your life with that person.

So what would Jesus do? Well, I don’t think Jesus would be on Tinder (sorry Dan Brown fans and Da Vinci Code believers), but I think he would talk about Tinder.

Jesus did more than swipe right for you, he laid down his life for you.

He was doing more than crushing on you, but was willing to be crushed for you.

Jesus saw more than some selfie of you, he knew all of you. Jesus knew about the bad parts of you and the secrets few know about you, and still swiped anyway. Jesus wants to do more than message you cheesy pick up lines. He wants to love and lead you into his plans, which are better than your dreams. His death on a cross proved that God wants to give you the best, and walk with you for the rest.

Tinder does not appear to be going anywhere. And if the statistics are true, some of you are going somewhere with Tinder. And if that is the case, remember that Voldemort can be a pretty intimidating enemy, but he can be defeated. Which reminds me, “If you were a Dementor, I’d become a criminal just to get your kiss.”

How Do Evangelicals Explain Lourdes? 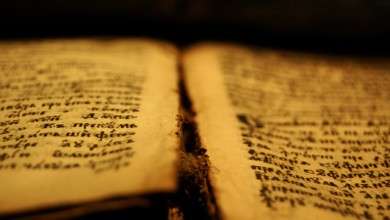 Why Are 3 and 4 Maccabees Not in the Bible? 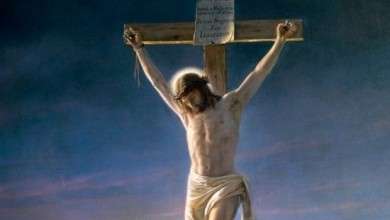