Christians have been persecuted since its birth. Throughout history men, women and children have been killed for serving God and, unfortunately, today is no different.
Despite the presence of first-world laws to protect Christians in countries like the United States, religiously-fueled hate crimes continue to run rampant.
Sadly, several countries across the globe have no legal protections for people to safely spread God’s Holy Scripture or to worship the King of Kings. These countries are threatened by the freedom that comes with accepting Christ into the hearts of their citizens and have slaughtered the faithful to prove it.
Christians have been victims to attempted genocide, arrested and executed without trials and are often tortured. Life in North Korea is bad for everyone, not just Christians (Eric Laffourgue).

North Korea
In North Korea, no one can be seen as more powerful than the country’s leadership. Known Christians are imprisoned and are executed. Life for Christians in Iraq is both dangerous and difficult (Iraq-Christians/Reuters).

Iraq
Like most other Middle Eastern countries, Christians in Iraq are persecuted under strict sharia law. Christians do not live long near Islamic extremists. Eritrea
According to World Watch Monitor, churches in Eritrea are monitored and Christians are often arrested and sentenced without trials. Christians caught by ISIS in Afghanistan are put to death (Reuters).

Afghanistan
Christians discovered by ISIS in Afghanistan are often imprisoned, tortured and executed without ceremony. Some have been featured in propaganda films. Christians are endangered in Syria (Rozana.fm).

Syria
Sadly, Syria has a history of slaughtering Christians. Pakistan
Churches in Pakistan are the victims of bombings while Christians are targeted by strict blasphemy laws. Somalia
Christians in Somalia are executed -but that doesn’t stop believers from spreading the Word of God.

Somalia
Christians in Somalia are executed -but that doesn’t stop believers from spreading the Word of God. Christians in Sudan were once the targets of genocide (Christian Persecution Archives).

Sudan
An increase in the implementation of Islamic policies has led to the persecution of all non-Muslims in Sudan, with Christians serving as one of the country’s most hated groups. Iran
Christians in Iran are often imprisoned, killed or disowned and cursed by their Muslim families. Libya
A group of Christians from Ethiopia were slaughtered by ISIS militants in Libya. Unfortunately, Libya is one of several places the Islamic extremists are in power and Christians are targets for propaganda videos.
Across the world Christians continue to be killed simply for believing in the divine presence of God. Those who turn from Him and accept the lies of the devil continue to seek the faithful in an effort to eradicate all of God’s followers, but we have never been fully stomped out.
Christians will continue to spread the Word of God, no matter the ways the devil convinces people to attack us. Remember, God stands by our sides and helps us face even the fiercest storms. Remember this when you pray for God to touch the hearts of Christian executioners. Remember this when you ask God to move in these troubled countries. Remember that God will always find a way to free his followers.
Encouraged by this list?
By Kenya Sinclair 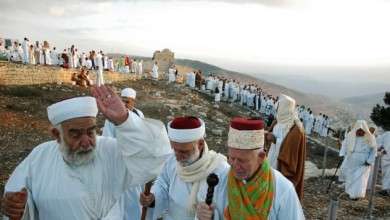 10 Religions In The Middle East You Have Never Heard Of

How the 'pirate nun' changed a gay man's life 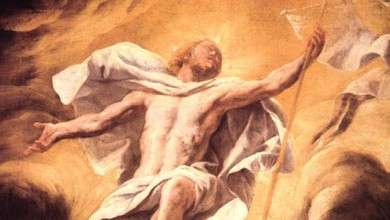