This is the true power of God!

Contents hide
1 Listen to the miraculous story below:
2 Here’s the text of Kevin Wells incredible story:
3 How miraculous! What did you think of his story?

The guys discuss Msgr. Wells’ legacy–how he successfully led souls to Christ, ignited vocations to the priesthood, and helped clean up grave sin lying within the Church.

They also discuss Msgr. Wells’ nephew Kevin Wells’ book, The Priests We Need to Save the Church, and the inspiration behind it. He reveals his uncle ‘Tommy’ allegedly saved his life during his dying hour.

Listen to the miraculous story below:

“Nine years ago, I had an aneurysm in the middle of the night. I should have died. It’s called an arteriovenous malformation. Many people die instantly. I was rushed to the hospital.”

“They jammed shunts in my head to try to embolize the bleeding, but it did not work. They tried going up my groin into my brain to glue the malformation. The blood was drowning my brain.

“So finally, the surgeon went in and said, ‘We’ve got to try to get to this thing and embolize and glue it.’

“That didn’t work either. So this was the day for me to die.

“Fr. Stack came from Hyattsville, Md. to Baltimore, Md. and prayed the Divine Mercy Chaplet. He called on the Maryland saints and other saints.

“Here’s what he said happened:

“He had just started a healing ministry due to a sort of supernatural event in Guadalupe. He came into my dark ICU room to my bedside. (I was incapacitated because of the surgery.)

“He says, ‘Hey Kevin, we’ve called on the Baltimore saints and the Maryland saints. Is there any saint that can intercede for you now?’

“And he and his assistant said I opened my eyes and said, ‘Bring Tommy down. I need Tommy now.’

“He went to the foot of my bed and he said, ‘Hey buddy,’ (he’s calling on his best friend now) ‘Your nephew, Keggi, he just asked you to save his life. Save his life.’

“Right after, the dark room filled with popping lights and the whole temperature of the room changed to almost as if you’re sitting in front of a fireplace coming in from the cold.

“Fr. Stack said, ‘Kevin, I felt the whole heavenly court surrounding your bed and Tommy was standing next to me. I knew…about the failed brain surgery. But I also knew that I stood in the midst of a miracle, and that you were healed.’”

“The next day, they stuck me in an MRI tube and it was all gone.”

How miraculous! What did you think of his story? 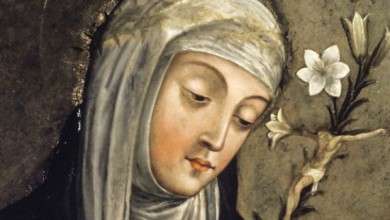 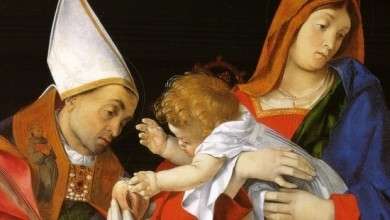 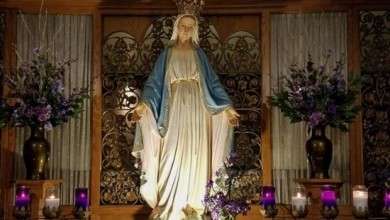 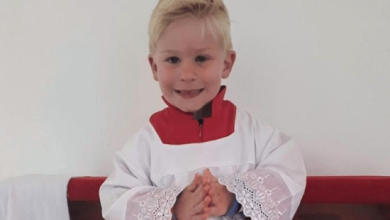