The question then is not whether there will be a push for pedophilia, but when and how it will occur.

As I’ve written previously, pedophilia was widely accepted in ancient pagan Greece and Rome. The only reason that it’s still illegal today is that Christians evangelized the decadent Roman Empire and made it clear to converts that sex with children belonged to the “way of death,” not the “way of life.” These are the words of the Didache, the first-century catechetical manual for converts to Christianity from paganism, which commands, “you shall not corrupt boys.”

Pedophilia wasn’t the only pagan practice Christianity rejected. The Romans also accepted contraception, abortion, infanticide, homosexuality, same-sex marriage, transgenderism, sex before and outside of marriage, sexual concubines, sex with one’s own slaves (any gender, any age, including children), pornography and bestiality.

That list should give readers a cold shudder. As our own culture has become increasingly de-Christianized, almost every one of these practices has reappeared and been reaffirmed, both socially and legally. Since de-Christianization seems to be continuing, we have every reason to believe that the rest will soon receive social and legal sanction (unless, of course, Christians can re-evangelize what has been de-evangelized).

For our purposes in the article, the question then is not whether there will be a push for pedophilia, but when and how it will occur.

The homosexual movement gained acceptance, in part, by fervently distancing itself from pedophilia, asserting that there is no connection between homosexual desires and pedophilic desires. This assurance was necessary to advance their cause because pedophilia was still considered an abominable act. Moreover, there was a known connection between homosexuality and pedophilia in ancient Greece and Rome: Boys between the ages of 12 and 18 were the objects of attraction of older Greek and Roman men.

Despite this denial of any connection between homosexuality and pedophilia, the pro-pedophilia movement has, for some time, been trying to follow in the successful tracks of the homosexual movement. There have been pro-pedophilia activist groups, such as the Pedophile Information Exchange (PIE), begun in Britain in 1974 and dissolved in 1984, and the North American Man/Boy Love Association (NAMBLA), founded in America in 1978.

To illustrate my point above, the International Lesbian and Gay Association was able to get United Nations consultative status in 1993, thereby affecting the U.N.’s worldwide initiatives directly. And then it was found out that NAMBLA was a member of the ILGA, and the latter then hastily cut off the pro-pedophilia group.

Yet, as much as the homosexual movement tries to distance itself, the pro-pedophilia advocates are still attempting to follow in their successful footsteps. Just as homosexuality was moved from the category of a deviant sexual aberration to a harmless and healthy sexual orientation by the American Psychiatric Association, so also pedophilic advocates have tried to argue the same.

In Britain, the National Council for Civil Liberties teamed up with PIE to push the view that a child who willingly engages in sex with a man suffers no harm at all. Psychologists Glenn Wilson and David Cox, coauthored a book in 1983, The Child-Lovers: a Study of Paedophiles in Society that pushed the view that the majority of pedophiles are very gentle and rational people, and hence not dangerous. As one reviewer pointed out, their study was not only shabbily done, but largely directed by PIE. In the 1970s homosexual advocates literally pushed the American Psychiatric Association into listing homosexuality into a healthy sexual orientation in its authoritative Diagnostic and Statistical Manual; in 2013, the APA attempted to let the same reclassification slip through for pedophilia. They were caught, and the outcry caused them to retract — at least for the time being. Of course, journalists are doing their part to soften up the public for the inevitable revolution, as an article in The Guardian painfully illustrates.

If there’s such a push, and the general movement of de-Christianization would seem to make pedophilia the next moral evil to be socially and legally sanctioned, it’s something of a miracle that it hasn’t occurred.

Three things hold it back. The first is that the entire LGBT movement was so heavily invested, as a strategy for social acceptance, to casting pedophilia as an evil that it too rejected. The second is that Christianity has enough of a hold historically that it still has enough cultural pushback. Third, the wished-for destruction of the Catholic Church depends in great part on priestly pedophilia being seen as both a moral horror and a legal crime.

Enter transgenderism as the gateway through which pedophilia will finally win social and legal acceptance.

Why? Let’s walk through it. To begin with, while Christians have a well-defined sexual morality that makes pedophilia a particularly detestable sin, those who have been pushing for sexual liberation on the Left can’t seem to come up with any reason against pedophilia except that young children are incapable of making those kinds of “mature” decisions about their sexuality. The problem facing us culturally is that it is largely the Left’s rationale against pedophilia that defines the law, not Christianity’s.

Unlike pedophilia, transgenderism’s success in bullying its way into acceptance has been amazingly quick, owing in great part to its rushing through the same doors opened by the homosexual movement, literally riding the identical rails to culturally-mandated approval.

One shared tactic is the penetration of the education and medical establishments, as allies in both causes. And so, just as educational curricula down to kindergarten mandated teaching about homosexuality and same-sex marriage affirmatively, so also with transgenderism is now being forced upon even the youngest schoolchildren, with parents barred from removing their children from the onslaught. Here, we do not mean merely reading trans-affirming children stories, such as I am Jazz or Jacob’s New Dress, but on-the-ground indoctrination meant to convince children that their gender is entirely up to them to choose, and so they should really think about the exciting possibility of changing their gender. And not just think in an abstract way, or a dress-up-and-pretend way. Trans activists are out to “help” young children become transgender, even against their parents’ wishes.

A common tactic, as Ryan Anderson reveals in his excellent When Harry Became Sally, is to assert that children who feel any gender dysphoria or who would even just like to experiment are in danger of suicide if parents or society stands in their way. Thus, social service agencies are justified in using state power to “rescue” the children, who are then handed over to trans activists and the medical clinics that specialize in “transitioning” (the name given the series of procedural steps that attempt to make a female out of a male or a male out of a female).

Transition consists of four steps. The first step is encouraging the child to dress like the opposite sex, and to choose an appropriate name (i.e., one that is opposite to their biological gender), something trans activists say should start as early as 2 years old. Then, children are encouraged to take puberty blockers to hold off the inevitable development of their actual biological gender. Third, the transitioning teen will receive heavy doses of hormones of the opposite sex. The fourth step is surgery to remove and replace sexual parts.

Note the fateful assertion that has been so successfully used by transgender activists. A small child as young as two can decide what his or her sex will be. A pre-pubescent child can decide to take puberty blockers, and then as a teenager, hormones of the opposite sex, to be followed by surgery—all before 18.

If all of that is mandated by law, affirmed by society, heralded by the media, carried out by the medical establishment, championed by psychiatrists and psychologists, and affirmed as a fundamental human right by the moralists on the Left, what will stop pedophilia from being accepted socially and legally?

How can anyone claim that a child has the right to choose its sex but not the right to choose to have sex with an adult? If children are considered to be capable of making the decision about what sex they want to be, then the Left’s objection to pedophilia—that children are not mature enough to make such decisions about their sexuality—falls dead flat.

And then? All of the efforts by pedophilic activists that have been bottled up for over four decades will come rushing through the gates opened by transgenderism. Since trans activists have direct access to our youngest children via the school system, pedophiles will rush right through that gate as well. This is a gate already half-opened in other areas in our culture — just do an internet search for “Drag Queen Story Hour Public Library.”

What can we do to stop this from happening? Obviously, Christians need to re-evangelize our culture morally, but in the meantime, we must do something to stop the transgender juggernaut or we’ll soon be living in a completely paganized society, one that includes pedophilia once again. That is the subject of my next column. 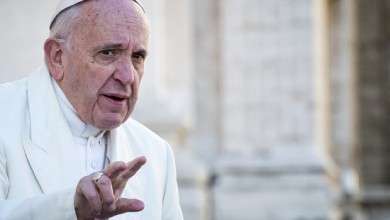 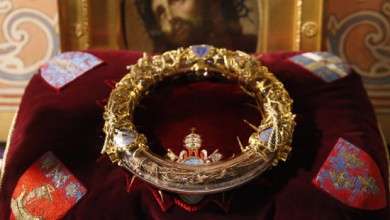 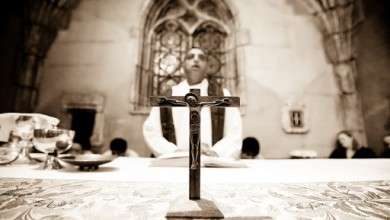 What We Do at Mass and Why