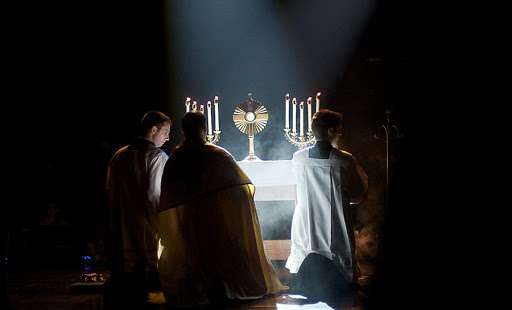 12 Ways to Be a Better Catholic

Catholic Home » Articles » 12 Ways to Be a Better Catholic

How to deepen your spiritual life

How would you feel, or better yet, what would you do if the one true faith born when Christ rose from the dead was dying? Although not in imminent danger—there are more than 1.2 billion Catholics worldwide and at least 16 million infant/adult baptisms performed in a given year, according to the latest edition of the Vatican’s Statistical Yearbook of the Church—there are widespread characteristics among the “faithful” that contribute greatly to its challenging times.

So what are these widespread characteristics getting in the way of Catholics doing their job to keep the faith alive? Some of the most glaring include:

1. A lack of wisdom related to the faith, a blatant disregard for the sacraments

2. Preoccupation with worldly gain rather than spiritual growth

3. Individualism to the point of neglecting others

More than ever the Church—which is its people—needs to revive its most important role of inspiring a greater love for Jesus Christ and each other. Unfortunately, according to Dynamic Catholic Institute, only 7 percent of the Catholic population can be considered actively engaged.

That means the vast majority of Catholics are not attending Mass on a regular basis, let alone daily; they have forgotten about or rarely if ever take time to learn the true meaning of the sacraments; secular life has become more important than spiritual growth; and many are not contributing to the critical needs of others, some in their own backyard.

Here are some ways to deepen your spiritual journey, as well as help spread the faith:

1. Pray “without ceasing” as it is written in the Gospel, every day by yourself or with others.

2. Go to confession, no matter how long it has been.

3. Receive the Eucharist regularly to nourish your soul.

4. Volunteer to become a reader at mass or an extraordinary minister of holy communion.

5.  Spend time in front of Jesus in Eucharistic Adoration.

7. Encourage any faithful person you know without a vocation to consider the religious life.

8. Immerse yourself in the Catholic faith by participating in a Catholic bible study, retreat or one of Fr. Robert Barron’s Catholicism series.

9. Read books such as Matthew Kelly’s Rediscover Catholicism and The Four Signs of a Dynamic Catholic or pick up a Catechism of the Catholic Church (CCC), which will help you understand the Catholic faith in great detail and provide you with a practical guide for true transformation.

10. Volunteer to become a catechist and gain a richer understanding of the faith right along with your students.

11. Join one or more of the Church’s numerous ministries that serve the poor, sick and helpless.

12. Learn how to forgive. If you want the Lord to forgive your sins, which all of us are guilty of just by getting out of bed each day, then it’s essential to forgive others.

Did you know that to receive Holy Communion when you have not wholeheartedly forgiven just one person is a sin and needs to be confessed? This is only one example of really understanding and knowing the faith. Another would be the fact that missing Mass on Sunday without a valid reason (you’ll find this in the CCC) and Holy Days of Obligation is a mortal sin.

Since only about 24 percent of Catholics attend Mass on any given Sunday, it’s probably safe to assume they do not understand the gravity of not doing so or worse—they don’t really care. Add to that the fact that not every Catholic believes in the real presence of Jesus Christ in the Eucharist, and it’s plain to see that some understanding of the faith is less than elementary at best. How can this be?

It’s past the time to really commit to the faith, accept the grace God has made available to each one of us, and experience the fullness and rewards of Catholicism. It’s time to overcome bitterness, anger and disillusionment, to reconnect with the Church and as a result receive the abundant blessings bestowed on faithful, practicing Catholics.