Two British pilgrims had to be rescued last week after getting lost on a section of the Camino de Santiago, the famous pilgrimage walk from southern France to Santiago de Compostela in north-west Spain, where the remains of St James the Apostle are believed to be housed in the cathedral.
The pair spent five days in the open in the Navarra region, in Spain, and drank from ditches and animal troughs when their food and water ran out. Eventually realising the severity of their situation they called the emergency services. A helicopter crew spotted a large cross made of brightly coloured clothes, and the lost pilgrims nearby.
“They were tired, rather dehydrated and hungry,” the Navarra government said. “Given that the area was too steep to land the helicopter, the firefighters came down to check what kind of state the hikers were in. After making sure they were OK [and providing water], they decided not to risk a dangerous air rescue and chose instead to note down the co-ordinates and told the pilgrims to stay put while they went to get an off-road vehicle.”
A spokesman for the UK Foreign and Commonwealth Office said: “Two British nationals who were reported missing have now been safely found in Navarra. Our consular staff are ready to provide any support if requested.”
The two were on a short section of the 500-mile walk, from Saint-Jean-Pied-de-Port in France to Roncesvalles in Spain when they drifted from the route.
Robin Mellows, and experienced pilgrimage walker currently in Lourdes with Tangney Tours, told the Catholic Herald that “it’s pretty difficult to get lost” on that stretch of the walk.
“All along the way it’s well signposted. If you’ve not passed a way marker for half an hour, you should just retrace your steps,” he said. 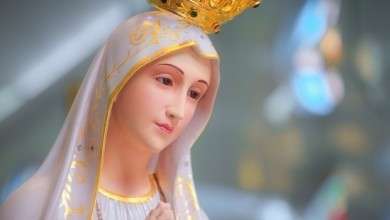 Church in Spain may be fined over ‘noisy bells’

Cardinals clash on doubts about process at the Synod of Bishops