A September 9 letter from the United States Conference of Catholic Bishops (USCCB) officials to the Department of Health and Human Services stressed that a compromise could effectively be reached in the Affordable Care Act’s contraceptive requirement.
The letter, in response to the US government’s request for comments on a proposal mandating contraceptive coverage, echoed the Supreme Court’s May 16 decision in Zubik vs Burwell — the combined lawsuit of the Little Sisters of the Poor, Priests for Life, and several other religious groups, that said providing contraception coverage to employees through their insurance plans violated their religious beliefs.
The court sent the cases back to the lower courts saying religious employers and the government should be “afforded an opportunity to arrive at an approach going forward that accommodates petitioners’ religious exercise while at the same time ensuring that women covered by petitioners’ health plans receive full and equal health coverage, including contraceptive coverage.”

For this accommodation to happen, the USCCB letter stressed that “any government-mandated contraceptive coverage must be truly independent of petitioners and their plans,” meaning the coverage should be offered by a separate communication and with a different policy, enrolment process, insurance card and payment source.
The letter, signed by members of the USCCB’s general counsel, also said such coverage should not be automatic in order to protect the conscience rights of people with religious objections to contraception and sterilisation coverage.
It said that another look at the HHS contraceptive requirement provides an opportunity for the government to “bring to an end years of church-state litigation and, in turn, to avoid a legacy of ongoing and unnecessary conflict with substantial portions of the religious community in the United States.”
It also noted that the Supreme Court had urged the litigants “to resolve this matter amicably” which the letter said they had done by “describing, in good faith and in great detail, a way to reach an amicable resolution.”
But these groups cannot change the regulations, the letter added, stressing that only the government could and should do this instead of ignoring “the sincerely held and repeatedly stated religious objections of a substantial minority of our civil society.” 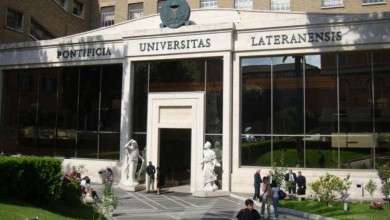