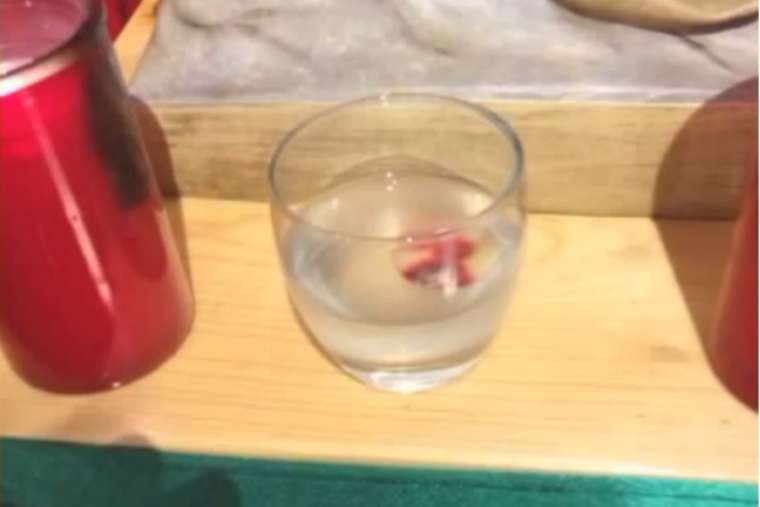 Salt Lake City, Utah, Dec 17, 2015 / 03:25 pm ().- Red bread mold, and not a miracle, caused the changed appearance of a Eucharistic host that some said was bleeding, an inquiry by the Diocese of Salt Lake City has confirmed.

The diocese reaffirmed the miraculous nature of every Mass and stressed the need for Catholics to avoid “rash speculation” about miraculous claims.

“In the history of the Church, by Divine Providence, miracles have taken place. The sole purpose of a miracle is to bring about good,” Monsignor M. Francis Mannion said in the diocese’s statement Dec. 16.

“False claims of miracles, on the other hand, cause harm to the faithful and damage the Church’s credibility. While not dismissing the possibility of miracles, understanding the potential harm of hastily jumping to conclusions should cause all the faithful, lay and clergy alike, to act with great prudence.”

The priest, who chaired the diocese’s ad hoc committee investigating the alleged miracle, also emphasized the real miracle at every Mass.

“Catholics should take this opportunity to renew their faith and devotion in the great miracle of the Real Presence which takes place at every Eucharist,” Msgr. Mannion said.

The report concerned a Host at St. Francis Xavier Church in Kearns, a Salt Lake City suburb. During Holy Communion at the church Nov. 8, a member of the congregation returned to the celebrant a consecrated Host that was not consumed because it had been given to a child who had not received her first Holy Communion. The priest then placed the Host in an ablution bowl for it to dissolve.

After several days the Host developed a red color. Some parishioners said the Host appeared to be bleeding.

The committee considered the events at the parish, including hearing from numerous parishioners.

Msgr. Mannion said it was crucial that the Host was left “unprotected and unattended in a dish of water” for about a week.

The committee had a capable scientist perform controlled tests on the Host, taking great care to ensure its reverent treatment. The scientist concluded that the change could be satisfactorily explained by natural causes such as the growth of red bread mold. The committee unanimously concluded the same.

The diocese said the Host was disposed of in a reverent manner.

Msgr. Mannion said the investigating committee was appointed “in the wake of excitement generated by the premature and imprudent display and veneration of the Host.” The public display of the Host generated a number of local and national media reports, including digital photographs and videos.

“Predictably, these reports led to rash speculation about what caused the change in the color of the host,” the monsignor said.

He explained that the Church “presumes that most situations appearing to be extraordinary phenomena are actually the result of natural causes.” The evidence standard for proving a miracle is “quite high” and if a thorough investigation finds a satisfying and conclusive natural explanation then “a directly supernatural cause is ruled out.”

The committee found a need to determine proper protocols for clergy dealing with similar situations in the future.