The Vatican has released a statement and offers prayers for the new President of the United States: Donald Trump.
According to Vatican Radio, The Vatican Secretary of State, Cardinal Pietro Parolin admitted he hopes Donald Trump will allow God to guide him.
At Rome’s Lateran University, Cardinal Parolin said he respects the will of the American people and stated, “We send our congratulations to the new president [in hopes] his government may bear real fruit.”
He admitted it is currently too early to comment on specific issues such as immigration but did note presidential candidates often change their stances and policies once they become president.
CNA reported Cardinal Parolin stated: “First of all, we take note with respect the will of the American people in this exercise of democracy which they tell me was characterized by a large turnout. Then we congratulate the new president, so that his government can be truly fruitful.
The Cardinal shared Trump has already proven he speaks “in leadership style” and shared the new U.S. President can be “assured of our prayers that the Lord may enlighten and support him” as he serves America.
He also prayed trump would advocate peace, adding: “I believe that today it is needed for everyone to work to change the global situation, which is a situation of serious laceration and grave conflict.”
Cardinal Parolin was asked what the Vatican’s response was to Trump’s election, to which the Cardinal responded they must wait to “see how the president moves.”
“Normally they say: it’s one thing to be a candidate, it’s another thing to be president, to have a responsibility,” he added.
In Trump’s 17-minute victory speech, he thanked Clinton for “a very hard fought campaign” and thanked his supporters.
He called for America “to bind the wounds of division, we have to get together…I say it is time for us to come together as one united people.” Trump pledged to be a president standing for “all Americans,” adding “we will begin the urgent task of rebuilding our country and renewing the American dream.”
He said he wanted every American to have “the possibility to realize his or her fullest potential,” sharing the forgotten will be “forgotten no longer.”
Trump spoke of building a stronger economy, better highways, infrastructure and better care for veterans. On foreign policy, he said: “we will get along with all other nations willing to get along with us.
“I want to tell the world community that while we will always put America’s interests first, we will deal fairly with everyone: all people and all other nations. We will seek common ground, not hostility, partnership, not conflict.”
Trump made several great claims but the Catholic community remains uncertain. Trump promised his best but that doesn’t mean the faithful should stop praying.
Archbishop Jose Gomez of Los Angeles sent several Tweets before the results came in, reminding Catholics, “We are not Republicans or Democrats or liberals or conservatives. Before everything else, we are followers of Christ.”
Supreme Knight of Columbus Carl Anderson stated: “The question we should ask ourselves is in what way Catholics in America can be a future source of unity and reconciliation or whether we will be a cause of further division and hostility, adding the answer “will depend in large measure upon what it means today to be a Catholic in America.
“In other words, what is fundamental to our identity as Catholics?
“Now is the time for more – not less – Catholic values in our electoral process. Now is the time for more – not less – Catholic values in our nation.” 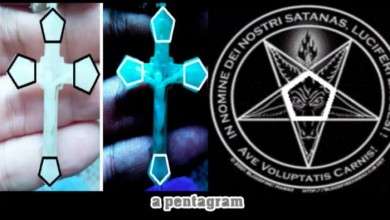 Filipino Exorcist Warns Against “Satanic Rosaries” – But Should You Really Worry?