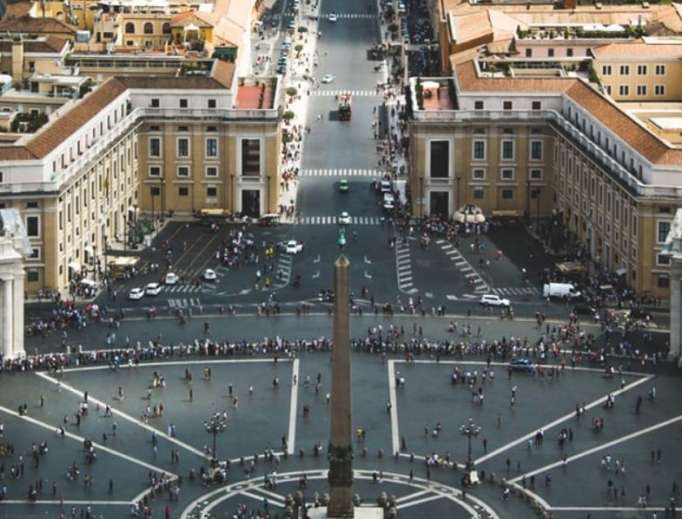 Home » News » Vatican » Vatican Raid on Secretariat of State a Portent of Things to Come?

ANALYSIS: Sources said that this week’s investigative actions are primarily targeted at Vatican officials who are no longer working at the secretariat.

VATICAN CITY — A police raid on offices in the Vatican Secretariat of State, the suspension of five Vatican officials, and the appointment of a leading Italian anti-mafia magistrate as head of the Vatican’s criminal tribunal have sparked intense speculation about the extent of financial corruption in the Holy See.

Vatican prosecutors seized documents, computers, telephones and passports and blocked bank accounts in Tuesday’s raid on the administrative section of the Vatican Secretariat of State, the Church’s central governing body.

The Vatican’s Financial Information Authority (AIF), which is the Vatican’s anti-money-laundering watchdog, was also raided.

A Vatican statement on Tuesday said the promoter of justice of Vatican City Court, Gian Piero Milano, and Alessandro Diddi, adjunct promoter of justice, ordered the search after complaints in early summer from the Institute for Religious Works (IOR) — commonly called the Vatican Bank — and the Office of the Auditor General about financial transactions “carried out over time.”

According to Italian media reports, those transactions revolve around expensive property deals, primarily a 2013 multimillion-dollar real estate transaction in London’s prestigious Mayfair district, which is said to have taken significant losses.

The documents seized on Tuesday reportedly relate to the years 2011 to 2018, the period when Cardinal Angelo Becciu, now the prefect for the Congregation for the Causes of Saints, was sostituto, the official responsible for the administrative affairs of the Secretariat of State.

The Italian magazine L’Espresso reported that Tuesday’s action led to the suspension of five officials: Msgr. Mauro Carlino, head of documentation at the Secretariat of State, and four lay officials: Tommaso Di Ruzza, the director and No. 2 official at the AIF, Fabrizio Tirabassi, who manages financial investments in the Secretariat of State, and Vincenzo Mauriello and Caterina Sansone, administrators in the same dicastery. Di Ruzza did not respond to a

The raid and suspension show the reforms begun by Benedict XVI and continued by Francis “really work” and that new laws for Vatican City State “are being applied,” the Vatican said in an unsigned editorial in L’Osservatore Romano, also published at the Vatican News website.

“The painful events made public this week are not a sign the system has failed,” it continued, but rather show the system has “developed antibodies capable of reacting” and that the process of reforming Vatican finances is “well underway.”

But in the same editorial, the Vatican chastised the media for subjecting the five suspended officials to “pillory,” as “any possible responsibility on their part is still to be proven.” It said a Vatican investigation will determine how that information was leaked, but omitted to mention that the names were distributed internally to all Vatican staff.

Tuesday’s events were also followed this week by the appointment on Thursday by Pope Francis of one of Italy’s leading anti-mafia prosecutors as president of the Vatican’s criminal tribunal.

Giuseppe Pignatone’s reputation as a leading Italian chief prosecutor, who has handled major investigations into the Cosa Nostra and ’Ndrangheta organized crime gangs in Sicily and Calabria, points to the extent of financial corruption needing investigation in the Vatican.

He replaces Giuseppe Dalla Torre, who oversaw two “Vatileaks” trials, one involving the leaking of documents by Pope Benedict XVI’s former butler and the second relating to a priest and lay official working in Vatican finances. Dalla Torre was also involved in the prosecution of the former president of the Bambino Gesu, the Vatican’s children’s hospital, that also has been embroiled in a web of corruption allegations.

We were told that the main target of this week’s raid was not primarily the five suspended officials, nor the current leadership in the Secretariat of State, but rather others who have since left the dicastery and whose past actions continue to be subject to scrutiny.

“This raid was not against the current sostituto, Archbishop Edgar Peña Parra, who is striving to perform a clean-up of the mess he has inherited in the general affairs section administrative offices, but, rather, his predecessor, Cardinal Becciu, and his administrative right-hand man, Msgr. Alberto Perlasca,” an informed source reported.

Pope Francis, well acquainted with Msgr. Perlasca since he served in the nunciature in Buenos Aires from 2006 to 2008, retained him as head of the administrative office until July this year, when he appointed him promoter of justice at the Supreme Tribunal of the Apostolic Signatura, the Church’s highest court.

Tirabassi was an assistant to Msgr. Perlasca, and Msgr. Carlino, who had only been in the post of head of documentation since July, was for many years the personal secretary of Cardinal Becciu.

Our source said Archbishop Peña Parra has been making progress on putting the finances in order and that the suspension of Msgr. Carlino was to “move him away” from the current sostituto, “to distance him from highly confidential material.”

Although not directly and publicly accused of wrongdoing, Cardinal Becciu has been indirectly connected with the sudden dismissal in 2017 of the Vatican’s first auditor general, Libero Milone.

Milone maintained his innocence, telling the media at the time that “a small group of powers” were trying to defame his reputation and that they were afraid of what financial accounts and other details he might show to the Pope and Cardinal Pietro Parolin, the Vatican secretary of state.

Cardinal Becciu said at the time that Milone “went against all the rules and was spying on the private lives of his superiors and staff, including me.” Milone insisted it was the other way around, and last year the Vatican dropped all charges against him.

On Oct. 4 Cardinal Becciu was asked if he wished to comment on this week’s raid and whether he knew of the ill-advised London real estate deal at the center of the raid, but at the time of writing he was reportedly on his way to Brazil and has yet to reply.

The investigations into the Secretariat of State are reportedly connected with the prosecution of Angelo Caloja, a former Vatican Bank president accused of embezzlement.

Internal sources also believe there are connections with financial misconduct reported in the Administration of the Patrimony of the Holy See (APSA), the dicastery which handles the Vatican’s real estate, several of which are in prime areas of London, and financial assets.

In July, the NCR reported on a similar mishandling of London real estate investments by APSA, as well as cyphered accounts in Switzerland connected to the same dicastery.

Vatican investigations into these areas, notably by Cardinal George Pell, then prefect of the Secretary for the Economy, and Milone, led to a series of obstacles emerging, most significantly the abrupt ending in 2017 of the first external audit of the Vatican.

A few months later, Milone was dismissed, and Cardinal Pell was forced to leave the Vatican to defend himself in Australia against clerical sex-abuse charges, which he vehemently denied.