At this link, you can watch the Mass live

Since early March, Pope Francis’s morning Mass in the Casa Santa Marta has been live-streamed.

At the link above, you can tune in to watch the Mass. 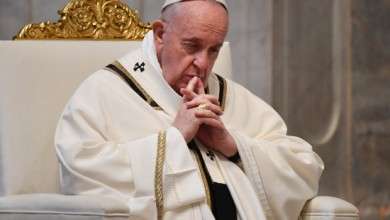