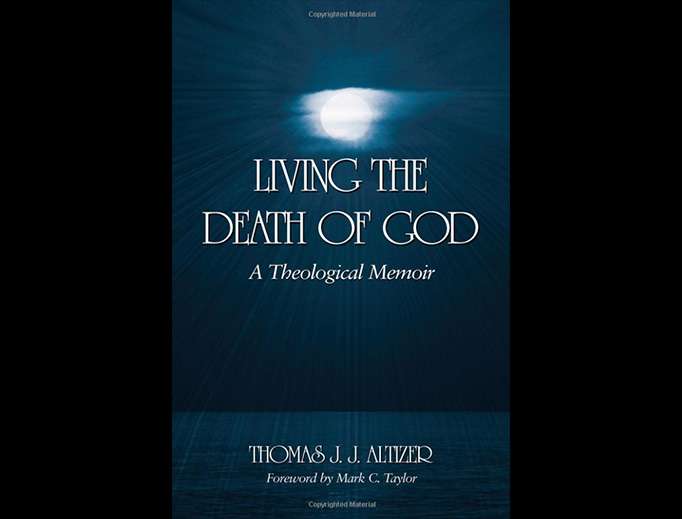 Was This Noted Time Magazine Writer Possessed by Satan?

“One confession is worth 100 exorcisms.”

With November’s death of the infamous anti-god theologian Thomas J.J. Altizer, who espoused “God is dead” in the 1960s, there has emerged his testimony indicating that Satan had taken over his body one night. He died at the age of 91 of a stroke Nov. 28, in Stroudsburg, Pennsylvania.

The idea that God is dead was purported by Nietzsche in the late 1800s. Altizer, who taught religion at Emory University in Atlanta, revived that claim. His strange theology received publicity in Time magazine in April 1966. At the time, 97 percent of the country believed in God, and it touched off an angry backlash.

Calling himself by the confusing label of a “Christian atheist,” Altizer reiterated in a documentary that God was dead. “This God is no longer present, is no longer manifest, is no longer real,” he said. According to him, “God died when he became Jesus Christ, a death consummated in the passion of Christ in the crucifixion itself.”

Altizer said that the words, “My God, my God, why have you forsaken me?” was basically an announcement of demise and that when he emptied himself, God ceased to exist. He denied the resurrection and claimed that Jesus descended more deeply into the world which allows Christians to live fully in the world and not to worry about fear of God any longer.

Altizer had once hoped to become an Episcopal priest, but as he explained in his memoir, “Living the Death of God” (2006), he failed a psychiatric evaluation. The psychiatrist believed he would probably be institutionalized within the year. Here is what he revealed according to an article in the Catholic League:

Shortly before this examination, I was in a turbulent condition. While crossing the Midway, I would experience violent tremors in the ground, and I was visited by a deep depression, one that occurred again and again throughout my life, but now with particular intensity. During this period, I had perhaps the deepest experience of my life, and one that I believe profoundly affected my vocation as a theologian, and even my theological work itself. This occurred late at night, while I was in my room. I suddenly awoke and became truly possessed and experienced an epiphany of Satan which I have never been able fully to deny, an experience in which I could actually feel Satan consuming me, absorbing me into his very being, as though this was the deepest possible initiation and bonding, and the deepest and yet most horrible union.

Was Altizer possessed?  By his own account, he said so. However, had Altizer presented himself to an exorcist, he would have needed to be evaluated by a psychiatrist or psychologist to determine if mental or spiritual problems were at work.

Regardless, the devil was clearly at play in his life. But an exorcist would not have been able to work with Altizer if he did not desire freedom from evil. Since he ended his memoir with “…I have never regretted the offense that I gave,” there is no indication Altizer wanted to break with the devil.

“There is no purpose to do an exorcism if the person is not acceptable to growing in faith,” according to an exorcist, who wants to be unnamed to avoid media attention. “Without faith, their situation could become even worse,” he said. He referred to Matthew 12:45. “Then it goes and takes with it seven other spirits more wicked than itself, and they go in and live there. And the final condition of that person is worse than the first. Jesus Christ is ultimately the one who will give freedom to people who are possessed but faith is the key.”

If Altizer was possessed when he died, would that mean he automatically went to hell? We cannot not make such a judgement, according to Msgr. John Esseff of Scranton, Pennsylvania, who has been an exorcist for more than 40 years. Msgr. Esseff explained that sin is worse than the devil, because mortal sin can damn us to hell by emptying the soul of sanctifying grace.

“The devil can tempt us to sin, but he cannot control a person’s soul,” Msgr. Esseff said. However, he explained that it can compromise a person’s ability to act, such as repelling anything sacred so that the person cannot be in the presence of blessed objects without getting sick or upset.

We are protected from evil by leading a sacramental life and keeping our soul in the state of grace through the sacrament of confession, and through praying. Yet, we know through the lives of the saints, that at times, God has allowed the devil to harass some of the saints. For instance, St. Pio, St. John Vianney, St. John Bosco and many others reported harassments such as taunting, shouting, and even being thrown from their beds at night. Some of the saintly priests reported that it seemed to happen most in connection with a big sinner coming to them for confession so as to have new life and break the bonds of Satan. They also reported that just making the sign of the cross was often enough to put the devil to flight.

The stark difference between the saints and Altizer, is that he gave the devil hospitality. He never indicated fighting it and instead adopted a very demonic view of God. It is in fighting the good fight that we find protection. “Fight the good fight of the faith. Take hold of the eternal life to which you were called when you made your good confession in the presence of many witnesses” (1 Timothy 6:12).

“We are living in a very dark world, but we need not fear because prayer drives out evil and protects us,” according to Msgr. Esseff. “God will be the victor. Jesus is God, and through the power of Jesus, the devil is vanquished.”

He explained that the greatest power to overcome evil is the sacrament of Confession. “One confession is worth 100 exorcisms,” Msgr. Esseff said. “The devil wants to destroy the soul, and the soul is healed by confession. If people want to decrease the work of Satan, they should increase the use of confession.”