Sir Alfred Jules Ayer was one of the 20th century’s most prominent philosophers and atheists. He was an advocate of logical positivism, which claimed that all non-empirically verifiable claims, including religious ones, were meaningless. And he was absolutely sure there was no God and no afterlife.

That is, until he briefly died – and had a supernatural experience he couldn’t explain.

Ayer was born in 1910 in northwest London to a Jewish mother and Swiss Calvinist father. After graduating from Oxford, he gained fame as a philosopher at the age of 26 from a philosophy book he published. He served in British intelligence during WWII, and afterwards taught at both Oxford and London University.

He was a skilled communicator, able to engage academia, high society, and popular audiences all very effectively. He regularly appeared on TV and radio shows to promote atheism and scientism, and even participated in public debates about religion with Christian scholars. He was also something of a libertine, often seen clubbing in London and New York, and was married four times.

All of this made his claim of having a near death experience so extraordinary.

In 1988, at the age of 77 and just about a year before his (final) death, Ayer came down with a serious case of pneumonia while traveling in the United States. After 10 days in the hospital, he felt he was well enough to make it home to England. But soon after arriving, he had a relapse and was rushed to the hospital again.

After about a week, he seemed to be improving until he choked on a piece of salmon. “[It] was my own fault,” he later wrote. “It went down the wrong way and almost immediately the graph recording my heartbeats plummeted.”

Hospital attendants immediately rushed in to save him, but they were too late: his heart completely stopped. They kept working, however, and, amazingly, his heart started beating again about four minutes later. Doctors thought he had must have suffered brain damage from the episode, so everyone was surprised when he eventually regained consciousness and was able to speak normally.

In the first conversation he could remember after waking up, he told a woman in his room, “Did you know that I was dead? The first time that I tried to cross the river I was frustrated, but my second attempt succeeded. It was most extraordinary.”

Ayer had undergone an amazing supernatural experience of some sort of afterlife.

“I was confronted by a red light,” he later wrote of his experience in an article titled “What I Saw When I Was Dead,” “exceedingly bright, and also very painful even when I turned away from it.”

And what was this light? “I was aware that this light was responsible for the government of the universe.”

He describes meeting two creatures and trying to help them fix space-time, which was “slightly out of joint.” After being ignored by the creatures, he writes, “I became more and more desperate, until the experience suddenly came to an end.”

One Christian writer has speculated that, if true, he may had a limited experience of hell.

But as an atheist, how did Ayer account for all of this?

One of his doctors later claimed Ayer had confided to him, “I saw a Divine Being. I’m afraid I’m going to have to revise all my books and opinions.”

Publicly, however, Ayer acknowledged his experience could have been a delusion. But it was also real enough for him to admit it made him reconsider some of his previous convictions: “My recent experiences have slightly weakened my conviction that my genuine death, which is due fairly soon, will be the end of me, though I continue to hope that it will be.”

Unfortunately, he said it did not affect his atheism: “They have not weakened my conviction that there is no god.” Even so, his mere concession that his experience might point to the existence of an afterlife provoked such a reaction from his fellow atheist humanists that he was forced to write a follow-up article reaffirming his belief in materialism.

He died a year later in 1989, still publicly repudiating the existence of God.

What do you make of his experience? Let us know in the comments! 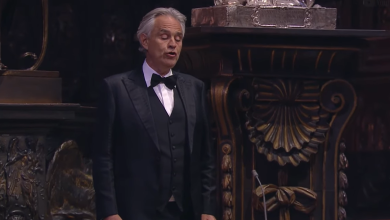 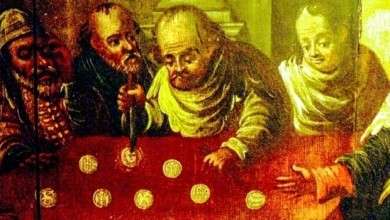 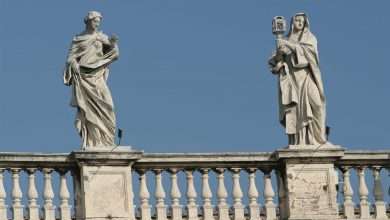