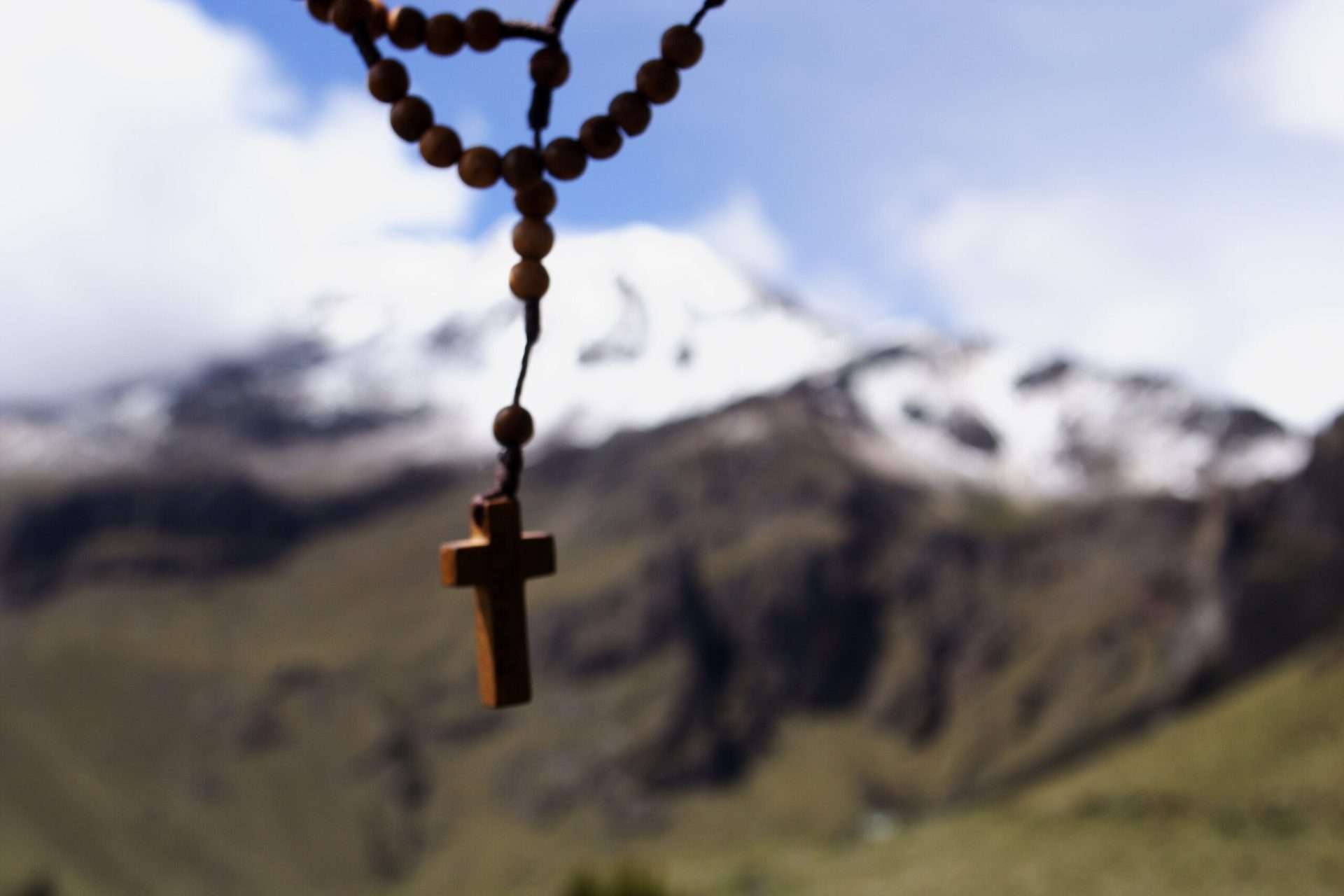 Home » Q&A » Wearing the Rosary as a Necklace; is it okay?

“Sacred objects, set aside for divine worship by dedication or blessing, are to be treated with reverence. They are not to be made over to secular or inappropriate use, even though they may belong to private persons.”

Does not look like it was speaking explicitly about the Rosary but mostly about liturgical objects. Vestments, chalices, and the likes. However, it also covers everything considered sacred including sacramentals. They must be accorded reverence and their use has to reflect this. At least they should not be used for profane things or purposes that are opposed to Catholic piety.

That being said, let us discuss wearing it in the neck particularly. There are many sacramentals made for this purpose. To be around the neck or on the wrist or finger. St Louis de Montfort in his book Secret of the Rosary actually encourages wearing the rosary around the neck too.

Alphonsus, King of Leon and Galicia, very much wanted all his servants to honor the Blessed Virgin by saying the Rosary. So he used to hang a large rosary on his belt and always wore it, but unfortunately never said it himself. Nevertheless his wearing it encouraged his courtiers to say the Rosary very devoutly.

One day the King fell seriously ill and when he was given up for dead he found himself, in a vision, before the judgment seat of Our Lord. Many devils were there accusing him of all the sins he had committed and Our Lord as Sovereign Judge was just about to condemn him to hell when Our Lady appeared to intercede for him. She called for a pair of scales and had his sins placed in one of the balances whereas she put the rosary that he had always worn on the other scale, together with all the Rosaries that had been said because of his example. It was found that the Rosaries weighed more than his sins.

Looking at him with great kindness Our Lady said:

“As a reward for this little honor that you paid me in wearing my Rosary, I have obtained a great grace for you from my Son. Your life will be spared for a few more years. See that you spend these years wisely, and do penance.”

When the King regained consciousness he cried out: “Blessed be the Rosary of the Most Holy Virgin Mary, by which I have been delivered from eternal damnation!”

After he had recovered his health he spent the rest of his life in spreading devotion to the Holy Rosary and said it faithfully every day.

People who love the Blessed Virgin out to follow the example of King Alphonsus and that of the saints whom I have mentioned so that they too may win other souls for the Confraternity of the Holy Rosary. They will then receive great graces on earth and eternal life later on. “They that explain me shall have life everlasting life.”

So, the most important thing is that the Rosary or any other sacred object is not being misused. So it is okay to wear it around the neck as long as you are aware of its meaning and power. If it is used ONLY as fashion, then this would be inappropriate. It can only be worn around the neck as a sacramental and not for mundane purposes. The rosary is not a piece of jewelry and using it solely as such devalues its spiritual meaning.