Bishop Bransfield categorically denied that inappropriately touched a 9-year-old girl during a pilgrimage to Washington in 2012.

WASHINGTON — Former West Virginia Bishop Michael Bransfield is facing an allegation that he touched inappropriately a 9-year-old girl during a pilgrimage to Washington in 2012.

A subpoena was delivered to diocesan authorities in the Wheeling-Charleston Diocese Oct.1. According to a report by The Washington Post, the girl, now 16, alleges that the unelaborated incident took place when she was supposedly left alone in a room with Bransfield in the Basilica of the National Shrine of the Immaculate Conception in Washington during a diocesan-sponsored trip. The complaint was reportedly filed in July of this year.

Bishop Bransfield categorically denied the allegations in a phone call with the Washington Post, saying on Thursday, “Oh my God. Oh no, that’s horrible.”

“That did not happen. Somebody has imagined this. I can’t believe it,” Bishop Bransfield said. “I’m getting attacked from people I don’t know.”

Bishop Bransfield’s resignation as the spiritual leader of Wheeling-Charleston was accepted by Pope Francis immediately after he turned 75 in September last year. Following his resignation, Pope Francis ordered Archbishop William Lori of Baltimore to conduct an investigation into allegations that Bishop Bransfield had sexually harassed adult males and misused diocesan finances during his time in West Virginia.

Bishop Bransfield is reported to have sexually harassed, assaulted and coerced seminarians, priests and other adults during his time as bishop of Wheeling-Charleston. He was also found to have given large cash gifts to high-ranking Church leaders, using diocesan funds.

Archbishop Lori banned Bishop Bransfield from public ministry within the Diocese of Wheeling-Charleston and the Archdiocese of Baltimore in March, and the Vatican announced a series of sanctions in July.

In addition to restrictions on publicly celebrating Mass within the diocese, Bishop Bransfield was also prohibited from living in his former diocese ordered to “make personal amends for some of the harm he caused.” These “personal amends” are to be determined by Bishop Bransfield’s successor, Bishop Mark Brennan, who took office Sept. 3.

Although he has faced numerous allegations of sexual misconduct with or against young men, including seminarians, Bishop Bransfield has not previously been accused of any improper conduct against a girl or woman.

James Gardill, a lawyer for the Diocese of Wheeling-Charleston, released a statement to the media saying that the diocese “was made aware of a complaint against former Bishop Bransfield of an incident alleged to have occurred in Washington, D.C. some years ago, involving a minor and it promptly reported the matter to the appropriate civil authorities in Washington, D.C.”

“As is the diocese’s policy, it has deferred to such authorities to pursue their investigation before invoking its own process. The diocese is cooperating with the investigation.” 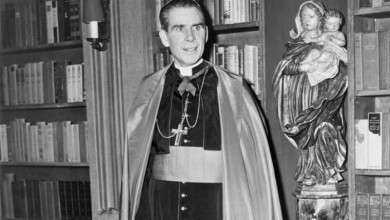