What can you tell me about the Assemblies of God?

It’s a Pentecostal denomination–the largest Pentecostal church, in fact, in the United States and one of the fastest growing religious groups in the world. The denomination has some 16 million members worldwide.
As an organized Christian denomination, the Assemblies of God goes back to 1914. It was started by a group of Evangelicals who came out of the Pentecostal movement, which began around the turn of the century.
The Assemblies of God is fundamentalistic in its approach to the Bible, although it is distinguished from “mainstream” Fundamentalism by its Pentecostal beliefs. Many of the arguments used by “mainstream” Fundamentalists against Catholicism are employed also by members of the Assemblies of God.
The Assemblies of God also stresses eschatology a great deal. The members believe in the pretribulational rapture and a millennial kingdom on Earth.
In some ways, the Assemblies of God is really just a Pentecostalized version of the Baptist faith. For instance, it observes only two ordinances: the Lord’s supper or holy communion, which is interpreted as a mere memorial of Christ’s death, and baptism. Infants are not to be baptized, and water baptism is regarded as little more than a public declaration of one’s commitment to Christ.
The Assemblies of God differs from most Baptist groups, though, on the doctrine of eternal security. Generally Arminian in theology, they believe it’s possible for a Christian to fall into sin and be lost.
Since they’re Pentecostal, members of the Assemblies of God stress the charismatic gifts mentioned by Paul in 1 Corinthians 12:4-11 (gifts of prophecy, speaking in tongues, miraculous healing). Pentecostals believe these spiritual gifts should be in full operation in the life of the Church.
By way of church government, the Assemblies of God combines elements of Presbyterianism and Congregationalism. Local congregations are independent. Each congregation hires and fires its own pastors and oversees its own affairs.
At the same time, the general interests of the denomination are addressed in their top legislative body, the General Council, or by the General Presbytery when the Council is not in session.
Many of the more colorful television evangelists have had ties with the Assemblies of God. Both Jim Bakker and Jimmy Swaggart were Assemblies of God ministers before being defrocked.
Advertisement
Raphael Benedict Send an email February 15, 2017Last Updated: February 15, 2017
2 minutes read
Facebook Twitter WhatsApp Telegram Line Share via Email
Advertisement 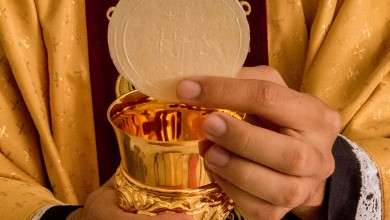 What is the priest saying at Mass that you can’t hear?

Will Omitting the Creed in a Sunday Mass make it Invalid?

Is arranged marriage sinful and invalid?