Pope Francis has written a private message approving the Buenos Aires bishops’ response to the divorced-and-remarried inspired by his apostolic exhortation on the family.
The pastoral response said ministry to the divorced-and-remarried must never create confusion about Church teaching and the indissolubility of marriage, but may also allow access to the sacraments under specific limits. These may include specific situations when a penitent in an irregular union is under attenuated culpability, as when leaving such a union could cause harm to his children.
The bishops of the Buenos Aires region had written basic criteria for their priests about the Pope’s post-synodal exhortation Amoris laetitia, which was released April 8 following two synods on the family.
The Pope discussed these criteria in a Sept. 5 letter addressed to Bishop Sergio Alfredo Fenoy of San Miguel, a delegate of the Argentina bishops’ Buenos Aires Region.
“The text is very good and makes fully explicit the meaning of the eighth chapter of ‘Amoris Laetitia’,” Pope Francis said. “There are no other interpretations. And I am sure it will do a lot of good. May the Lord reward you for this effort of pastoral charity.”
He said pastoral charity “moves us to reach out to those who have drifted away, and once we have met them, to begin a path of welcoming, accompaniment, discernment and integration into the ecclesial community.”
The Buenos Aires document, also dated Sept. 5, aimed to offer “minimal criteria” on the discernment of the possible access to the sacraments by penitents who are divorced and in a new union. Every bishop may clarify, complete, or establish limits on these criteria in his own diocese, the document said.
This advice must not be understood as “unrestricted access” to the sacraments or as if “just any situation would justify it,” the document said.
“What is proposed is a discernment which adequately distinguishes each case,” it said.
It emphasized a process of discernment for a penitent accompanied by a pastor. The pastor must emphasize the fundamental proclamation of Christ. This path calls for the priest to show pastoral charity in welcoming the penitent, listening carefully to him, and accepting the penitent’s “upright intention and good purpose to place his entire life in the light of the Gospel and to practice charity.”
“This path does not necessarily end in the sacraments, but rather it can guide one to other ways of joining more in the life of the Church,” it said. This include a greater presence in the community, participation in prayer groups, and commitment to various ecclesial services for those who have divorced-and-remarried.
“When the concrete circumstances of a couple make it feasible, especially when both are Christians with a faith commitment, it is possible to propose that they try to live in continence,” the document said.
“In other more complex circumstances, and when a decree of nullity cannot be obtained, the mentioned option may not in fact be feasible. Nevertheless, a path of discernment is equally possible.”
The Buenos Aires document did suggest that penitents in a limited number of circumstances, after careful discernment, could access the sacraments.
“If one comes to recognize that in a specific case, there are limitations that attenuate responsibility and culpability, particularly when a person believes that he would fall into a subsequent fault of harming the children of the new union, Amoris laetitia opens up the possibility of access to the sacraments of Reconciliation and Eucharist. These sacraments in turn dispose the person to continue to mature and grow with the power of grace.”
Adequate discernment of each case deserves “special care” in examples such as a new union that arose from a recent divorce or the situation of someone who has consistently failed in his family obligations.
The document also warned of situations where a person justifies or flaunts one’s situation “as if it were part of the Christian ideal.”
“In these more difficult cases, we pastors must accompany with patience, trying to find some way of reinstatement,” the Buenos Aires document said.
The document stressed the importance of the examination of conscience as well as the need to avoid confusion about Church teaching.
In some cases it may be appropriate that access to the sacraments takes place in “a discreet manner” when conflicting situations can be foreseen.
“But at the same time the person should not stop accompanying the community so that he or she grows in a spirit of understanding and of welcome, without this involvement creating confusion regarding the teaching of the Church about the indissolubility of marriage.”
Pope Francis’ Sept. 5 letter to the Buenos Aires bishops reflected on the difficulties of discernment.
“We know this is tiring, it is a matter of a ‘person to person’ pastoral ministry, not satisfied with programmatic, organizational or legal mediations, however necessary. Simply: to welcome, accompany, discern, integrate. Of these four pastoral attitudes the least cultivated and practiced is discernment; and I consider formation in discernment, personal and communitarian, in our seminaries and rectories to be urgent,” he said.
He added that the apostolic exhortation was “the fruit of the work and prayer of the entire Church, with the mediation of the two synods and the Pope.”
The eighth chapter of Amoris laetitia had prompted much discussion and apparently conflicting views. In a May 4 speech, Cardinal Gerhard Müller, prefect of the Congregation for the Doctrine of the Faith, countered arguments that the apostolic exhortation eliminated Church discipline on marriage and allowed in some cases the divorced-and-remarried to receive the Eucharist “without the need to change their way of life.”
He placed the exhortation in the context of the writings of previous Popes.
“This is a matter of a consolidated magisterial teaching, supported by scripture and founded on a doctrinal reason: the salvific harmony of the sacrament, the heart of the ‘culture of the bond’ that the Church lives.”
If Pope Francis’ exhortation “had wanted to eliminate such a deeply rooted and significant discipline, it would have said so clearly and presented supporting reasons,” Cardinal Müller said.
He countered claims that the exhortation’s footnote 351 offered the sacraments to those living in an objective situation of sin.
“The basic principle is that no one can truly desire a sacrament, that of the Eucharist, without also desiring to live in accord with the other sacraments, including that of marriage,” the cardinal added. “One who lives in contrast with the marriage bond is opposed to the visible sign of the sacrament of marriage; in that which touches his bodily existence, even if he should be subjectively not culpable, he makes himself an ‘anti-sign’ of indissolubility.”
Pope Francis had previously discussed this section of Amoris laetitia in an April 16 in-flight interview with reporters on his plane returning from the Greek island of Lesbos.
The Pope responded to a reporter’s question about whether there are new, concrete possibilities for divorced-and-remarried persons to access the sacraments. The Pope said that there are “many” such possibilities.
The Pope said he had been bothered and saddened by media coverage’s great focus on Communion for the divorced-and-remarried. He pointed to other problems like the “family crisis” and the falling birth rate in Europe. He cited Benedict XVI’s February 2013 statements about a “council of the media” whose coverage distorted the Second Vatican Council.
“Do you not realize that the youth don’t want to marry?” Pope Francis asked. “Don’t you realize that the lack of work or the little work (available) means that a mother has to get two jobs and the children grow up alone? These are the big problems.” 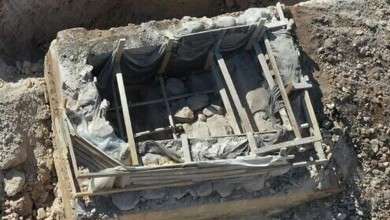