A guardian angel’s mission does not end with death; it continues until we achieve union with God

Regarding guardian angels, the Catechism of the Catholic Church teaches in number 336 that “from infancy to death, human life is surrounded by their watchful care and intercession.”It is clear from this text that we enjoy the protection and vigilance of our guardian angels even at the moment of death. These angels don’t only accompany us in this earthly life; their action extends into the next life.

In order to understand the relationship that continues to exist between angels and human beings during our passing from this life to the next, we must understand that angels have been “sent to serve, for the sake of those who are to inherit salvation” (Hebrews 1:14). Similarly, Saint Basil the Great teaches that no one can deny that “beside each believer stands an angel as protector and shepherd leading him to life” (CCC 336).

That is to say the primary mission of guardian angels is the salvation of mankind: that each of us enters the life of union with God. This mission includes the assistance that guardian angels give to souls at the moment when they present themselves before God.

The Fathers of the Church speak of this mission when they say that guardian angels are present with the soul at the moment of death, and protect it from the last attacks of demons.

Saint Aloysius Gonzaga (1568–1591) taught that at the moment when the soul leaves the body, it is accompanied and consoled by its guardian angel so that the soul can present itself confidently before the Judgment Seat of God. The angel, according to this saint, presents the merits of Christ so that the soul can find support in them at the moment of its particular judgment. Once the Divine Judge has pronounced his sentence, if the soul is sent to purgatory, it will be visited frequently by its guardian, who will comfort and console it, bringing the prayers that have been offered for it, and assuring the soul of its future liberation.

… if the soul is sent to purgatory, it will be visited frequently by its guardian, who will comfort and console it, bringing the prayers that have been offered for it, and assuring the soul of its future liberation.

In this way it is understandable that the help and mission of the guardian angel does not end with the death of those the angels protect. This mission continues until the soul reaches union with God.

Nonetheless, we must remember that after death we must face a particular judgment in which the soul in God’s presence may choose between opening itself to God’s love or definitively rejecting his love and forgiveness, thus renouncing joyful communion with him forever (see John Paul II, General Audience, August 4, 1999).

If the soul decides to enter communion with God, it joins its angel in praising the One and Triune God for all eternity.

Nonetheless, if it happens that the soul is “in a condition of being open to God, but still imperfectly, the journey toward full beatitude requires a purification, which the faith of the Church illustrates in the doctrine of ‘purgatory’” (John Paul II, General Audience, August 4, 1999).

In this case the angel, which is holy and pure and lives in the presence of God, neither needs nor can participate in the purification of its ward’s soul. What the guardian angel can and does do is intercede for its protected soul before the throne of God and seek help among the people on earth so as to bring prayers to its ward, in order that it may thus leave purgatory.

Those souls who decide to reject definitively the love and forgiveness of God, thus renouncing joyful communion with him for all time (John Paul II, General Audience, July 21, 1999), also renounce and reject the joyful friendship with their guardian angel. In this terrible situation the angel praises God’s divine justice and holiness.

In any of these three possible scenarios (heaven, purgatory or hell) the holy angel will always rejoice at God’s judgment, because the angel is perfectly and totally united to the divine will.

During these days, let us remember that we can join the guardian angels of those we love who have died, so the angels may take our prayers to God, and he may show his mercy.

Worried about your children? Say this prayer to invoke their guardian angels 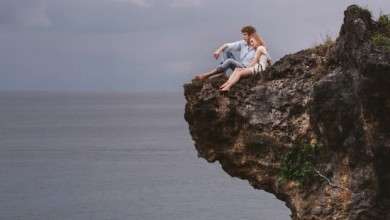 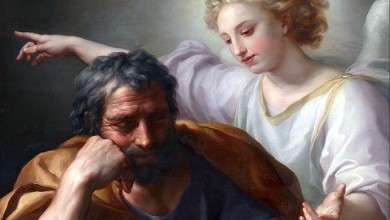