A psychic is a person that has paranormal abilities or can see into the supernatural. People are known to contact these psychics to read into their future or help them know what to do.

This practice is quite common in Rome, which is the home of the Pope. The Pope has, however, made his opinion of this practice common even among Christians clear.

What Does The Pope Think About Psychics? The Pope does not support going to see psychics. The Pope described it as idol worship He said that a Christian does not need a Psychic or horoscope, only guidance from God.

The Pope also had much to say about the related practices of fortune telling, horoscope reading, tarot cards, and the likes.

What Advice Did The Pope Give Concerning Psychics?

The Pope advised Christians not to turn towards psychics or horoscopes but look unto God. At the morning mass at Domus Sanctae Marthae on June 26, 2018, Pope Francis said,

‘The Christian life is a path along which men and women are called to be led by God rather than turning to psychics and horoscopes in the hopes of knowing what lies ahead.’

He went on to explain how Christians especially Catholics should pray and live their lives without dependence on mediums or supernatural influences like horoscopes and crystal balls.

“A Christian does not have a horoscope to see the future. He doesn’t go to a fortune teller with a crystal ball or have his palm read. No, no! He doesn’t know where he is going. He is guided.”

The Pope’s advice for Christians was to follow the lifestyle of guidance by God. He implored that Christians should trust in the Lord and look toward him for all their answers.

Pope Francis advised Christians to live the lifestyle of people journeying towards the Promised Land.

Pope Francis declared that such acts are acts of idol worship. He urged people to turn towards the one true God as these idols will just disappoint them.

He told the masses of the benefits of this one true God. He said the true God does not ask for your life but rather give you his own.

“The true God does not offer a projection of our success, but teaches us to love,” Pope Francis said that recognizing these idols and freeing oneself from them is the beginning of grace that puts one on a path of love.

The Church’s Opinion On Fortune-Telling, Psychics, and Witches

The Catholic Church has always had a firm stand against fortune telling, psychic counselors, and witches. The first commandment of, “I am the Lord thy God.  Thou shalt not have any gods before me,” is not taken with levity in the Church.

While it is believed that God can make his will known through his prophets and saints, people are advised to rely on God to tell them their future and how to live.

St. Paul said that “We know that God makes all things work together for the good of those who love Him, who have been called according to His decree” (Romans 8:28).

Relying on this promise, one does not need the aid of fortunetellers, psychics, or witches to live a fulfilled life.

All these sorts of practices are condemned in the Old and New Testaments. You would find verses like:

“Whoever sacrifices to any god, except to the Lord alone, shall be doomed” (Exodus 22:19),

“A man or a woman who acts as a medium or fortuneteller shall be put to death by stoning:  they have no one but themselves to blame for their death” (Leviticus 20:27), and

“Let there not be found among you anyone who immolates his son or daughter in the fire, nor a fortuneteller, soothsayer, charmer, diviner, or caster of spells, nor one who consults ghosts and spirits or seeks oracles from the dead.  Anyone who does such things is an abomination to the Lord…”

All these verses from the Old Testament condemn the fortune telling, witchery, and psychics and the Catholic Church still stands by them.

From the New Testament of the Bible,

“But there was a certain man, called Simon, which beforetime in the same city used sorcery, and bewitched the people of Samaria, giving out that himself was some great one:” (Acts 8:9)

“But Elymas the sorcerer (for so is his name by interpretation) withstood them, seeking to turn away the deputy from the faith.” (Acts 13:8)

“Now the works of the flesh are manifest, which are these; Adultery, fornication, uncleanness, lasciviousness,” (Galatians 5:19).

St. Paul in the last two chapters, rebuked Elymas for practicing sorcery and called it an act of the flesh in Galatians. St. Peter, in Acts 8, rebuked Simon who wanted to buy the power of the Holy Ghost to make his sorcery more powerful.

In the Book of Revelation, Jesus Christ declared, “As for the cowards and traitors to the faith, the depraved and murderers, the fornicators and sorcerers, the idol-worshipers and deceivers of every sort– their lot is the fiery pool of burning sulfur– the second death” (Revelation 21:8).

Though the Church condemns the act of witchcraft, psychics, fortune telling and other associated practices, the Church believes in the gospel of love.

Therefore, practices like witch hunting and burning are not condoned by the church. Throughout history, Catholic Popes have stood against using torture or burning a person regarded as a witch.

Pope Nicholas I, in 866, prohibited torture for obtaining confessions, though it was allowed in civil law and judicial practices.  Pope Gregory VII in 1080, stood against putting accused witches to death for supposedly causing storms or crop failures.

The church teaches love and abstinence from all kinds of idol worship. 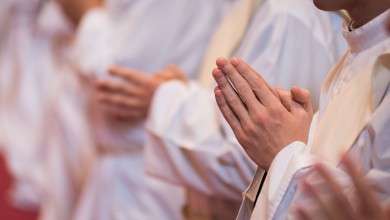 May I Attend a Sedevacantist Mass? 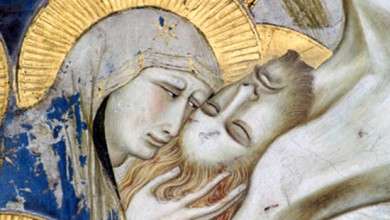 Can Mary teach us to pray perfectly?

Where can I find a copy of the Divine Office?