When the Vatican Congregation for Clergy developed guidelines a decade ago for handling cases of priests who father children, the first objective was to make it easier for those men to leave the priesthood to care for their children and be real dads, said the prefect of the congregation.

Cardinal Beniamino Stella, congregation prefect, said the guidelines were necessary because church law makes it very difficult for a priest under the age of 40 to obtain Vatican approval to leave the priesthood.

While many reports on the guidelines described them as “secret,” Tornielli said a more accurate description is that the guidelines are for “internal use” only.

Cardinal Stella said the guidelines were drafted after Cardinal Claudio Hummes, prefect of the congregation from 2006 to 2010, drew the attention of then-Pope Benedict XVI to how difficult it was for priests under 40 who had fathered children to assume their full responsibilities for the children while remaining Catholics in good standing.

The decision to draft the guidelines “had and has as a principal objective that of safeguarding the good of the children or, in other words, the children’s right to have their father present and not just their mother,” Cardinal Stella said.

Already when he was archbishop of Buenos Aires, Argentina, Pope Francis took a similar approach to priests who had children, the cardinal said.

The church rules insist that the priest provide economic support for the children, he said, but they also recognize that the duties and responsibilities of fatherhood go beyond that to include affection and education, especially in the first years of the child’s life.

The guidelines are a “working instrument” used when cases are referred to the congregation or when questions are raised by individual bishops or bishops’ conferences, Cardinal Stella said.

They are “technical” notes, which is why they have not been published, the cardinal said. They are not “secret,” which is why Vincent Doyle, an Irish psychotherapist and son of a priest, was able to tell The New York Times that he was shown a copy.

When a priest requests release from the priesthood and his file shows that he has children, the release is “practically automatic,” the cardinal said, and the process is accelerated so that he may join the child’s or children’s mother as quickly as possible.

Cardinal Stella estimated that “about 80 percent” of the voluntary requests for dispensation from priestly promises and vows involves “the presence of children, although often conceived after the abandonment of ministry.” In other words, the man walked away from the priesthood, fathered children and then sought to regularize his situation with the church.

Sometimes, however, especially if the relationship with the children’s mother has ended, a priest will ask to continue in ministry and, “unfortunately,” his bishop or religious superior will support that decision, the cardinal said.

Other times, however, the bishop or superior will insist the priest leave to take care of his children; in those cases, Cardinal Stella said, the man can be dismissed against his will.

“Obviously, a child is always a gift of God,” no matter the circumstances of his or her conception, he said. A priest who fathers a child has “a series of permanent obligations” toward that child, which are incompatible with the exercise of the priesthood in the Latin rite of the Catholic Church.

Some exceptions are made, he said, but “in reality they are very rare.”

Those exceptions could include situations in which another man takes on the role of being the child’s father, or when the children are already grown when the priest’s parenthood is discovered.

“Every case is examined on its merits,” he said.

Cardinal Stella insisted the fact that some Latin-rite priests father children is not a reason to change the general rule requiring celibacy any more than “cases of abandoning the matrimonial home and children” would be a reason to change church teaching that marriage is forever. 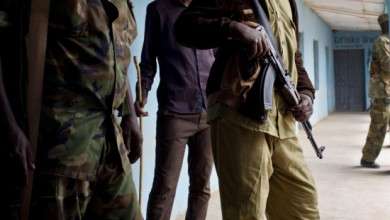 Priest's body found floating on a river in China 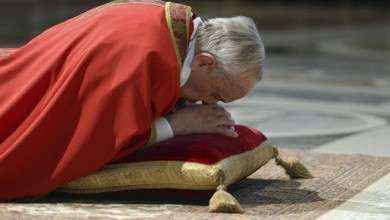 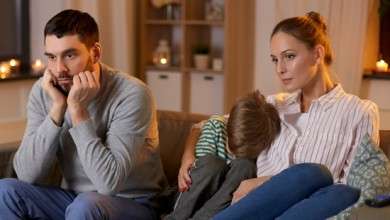 It’s good to be home, but the Church admits it: Home is hard