Advertisement
A new undercover video shows an Arizona abortion clinic doctor saying her facility’s treatment of babies who show “signs of life” after an abortion depended on “who’s in the room.”
Dr. DeShawn Taylor, who runs an abortion and Ob/Gyn clinic in Phoenix, Ariz. and who was formerly the medical director at Planned Parenthood Arizona, was filmed undercover saying that according to Arizona law “if the fetus comes out with any signs of life” at an abortion clinic, “we’re supposed to transport it … to the hospital.”
However, when asked on camera, if at her clinic “is there any standard procedure for verifying signs of life?”, she didn’t answer with a specific procedure, but rather said: “I mean, the key is you need to pay attention to who’s in the room, right? Because the thing is the law states that you’re not supposed to do any maneuvers after the fact to try to cause demise so it’s really tricky.”
Arizona law mandates that clinics call emergency services if a fetus survives an abortion or has signs of life such as breathing, heartbeat, “umbilical cord pulsation”, or “definite movement of voluntary muscles.”
Additionally, if an abortion is performed after 20 weeks gestation, there must be “at least one person who is trained in neonatal resuscitation … present in the room” to provide emergency care to a “viable fetus.”
The undercover video was filmed by members of the Center for Medical Progress and is the latest in their Human Capital Project, a series of investigative videos on the fetal tissue trade that first aired in 2015.
David Daleiden, the project lead for Center for Medical Progress, was charged with 15 felonies by California Attorney General Xavier Beccera on Tuesday, related to his work on the undercover videos of conversations with Planned Parenthood and tissue procurement officials.
Beccera is a former Democratic member of Congress. He and former state attorney general Kamala Harris – now a U.S. senator – received thousands of dollars from Planned Parenthood and other pro-choice groups in their congressional elections, the Washington Free Beacon reported.
Members of the Center for Medical Progress, posing as representatives of a tissue procurement company, approached current and former Planned Parenthood officials at a George Tiller Memorial Networking Reception in October of 2014, and secretly taped their conversations.

One of the former officials was Taylor, who worked at Planned Parenthood Los Angeles and was the medical director at Planned Parenthood Arizona before moving to her own abortion and Ob/Gyn practice in Phoenix, where she was at the time of the conversation.
She said her clinic received abortion referrals from Planned Parenthood, and performed an average of 30 abortions per week.
Posing as representatives of BioMax, CMP asked Dr. Taylor how they could collaborate on the transfer of fetal tissue from abortion clinics in the Phoenix area.
When asked about abortion procedures for ensuring intact baby body parts for tissue harvesters, Taylor noted that “part of the issue is, it’s not a matter of how I feel about it coming out intact, but I got to worry about my staff and peoples’ feelings about it coming out looking like a baby.”
She was then asked about using digoxin, a feticide sometimes used to kill the baby before an abortion procedure, which could render the fetal tissue unsuitable for harvesting.
Taylor said, “that really presents an issue because in Arizona, if the fetus comes out with any signs of life, we’re supposed to transport it … to the hospital.” Digoxin, she said, ensures the baby is dead after an abortion procedure.
Taylor was asked if her clinic had a procedure for determining if a baby showed signs of life after an abortion. She replied that “the key is you need to pay attention to who’s in the room, right?”
She continued, explaining the law’s requirements as a reason for why she mostly uses digoxin to ensure the baby is dead in an abortion.
“Because the thing is, the law states that you’re not supposed to do any maneuvers after the fact to try to cause demise so it’s really tricky,” she said, adding that “most of the time we do dig[oxin], and it usually works. And then we don’t have to worry about that because Arizona state law says if there’s signs of life, then we’re supposed to transport them. To the hospital.”
“Yeah, it’s a mess, it’s a mess,” she said.
Daleiden accused Taylor of breaking the law.
“This footage shows a longtime Planned Parenthood abortion doctor willing to sell baby parts for profit, use criminal abortion methods to get more intact body parts, and even cover up infanticide. This doctor was trained by Planned Parenthood’s Senior Director of Medical Services, and encouraged by her to participate in the fetal body parts market.”
Taylor clarified in the video that she no longer worked at Planned Parenthood, but had her own clinic.
“Well I used to work for them [Planned Parenthood Arizona], and then I left them, and so they’re still recovering,” she said to laughter, when asked why she sees referrals from Planned Parenthood.
Also in the video, she expressed her concern when a dead baby is delivered intact after an abortion procedure. “Arizona is so conservative, I just don’t even want to send a full fetus to – for cremation, or any of that,” she said.

Taylor also went into graphic detail on obtaining intact body parts from abortion procedures, especially through induction.
She noted that “we’re going to start the procedure before we get to that point” of where the baby’s head comes out with enough dilation. “So it’s really like, in order to get you an intact calvarium, the patient’s really going to have to go into labor,” she added.
“So, ideally, you know the patient would have dilated in the E-phase enough that it’s all just going to come out,” she said.
She joked about going to the gym to better perform more strenuous late-term abortions.
“Research shows that dig[oxin] doesn’t make the procedure easier in someone who is well-trained, but I have to tell you anecdotally, my biceps appreciate when the dig works,” she said of procedures where digoxin kills the baby in an abortion.
“So I remember when I was a fellow and I was training and I was like ‘oh, I have to hit the gym for this … I need to hit the gym,” she said. When asked “at what age does it start getting really difficult?” she responded “at 20 weeks [gestation].”
Pro-lifers were appalled at the revelations in the video.
It “once again lays bare the inhumanity of abortion,” stated Marjorie Dannenfelser, president of Susan B. Anthony List.
“The abortionist may laugh as she describes the force needed to dismember a five-month-old unborn child struggling to survive, but even the staff are not immune to the terrible sight of aborted children and babies possibly born alive and left to die.”
Sen. James Lankford (R-Okla.) argued for a ban on abortions performed after 20 weeks gestation – the late-term abortions described in Taylor’s “gym” comments.
“Science has shown that children as young as 20-weeks-old can feel pain, yet these same children are subjected to horrific abortions, being crushed and dismembered,” he said.
He also insisted on federal legislation protecting infant survivors of abortion.
“Some babies, though miraculously, survive a botched abortion and instead of receiving life-saving care, are left to die on a hospital table. It’s time to pass the Pain-Capable Unborn Child Protection Act and the Born-Alive Abortion Survivors Protection Act. We cannot be a nation that does this to our children,” he said. 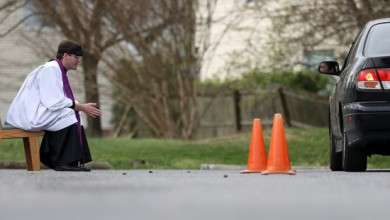