Concordia University recently hosted an Exodus International Freedom Conference. Exodus International’s Web site (www.exodusinternational.org) states that “with regard to loving the homosexual, the first step is simply to acknowledge that homosexual behavior is a sin . . .” A conference attendee reported that the conference was “nurturing, loving.”
Members of the Irvine United Congregational Church were opposed to the conference. Their church’s Web site (www.iucc.org) professes that “Jesus calls us to live peacefully, love fully . . . We speak out when we see injustice and seek ways to implement the teaching, ‘Love your neighbor as yourself.’” At the Freedom Conference, members staged a protest with signs that read:

Evidently, both Exodus International and Irvine United Congregational Church members seek to love those with homosexual inclinations, yet they are not in agreement about how to do that. It seems to me that a clue to their disagreement might be found in the words of one of the protestors who reportedly said, “Love is love.”

Not All Loves the Same

Is it true that “love is love”? The truth is we use the word love in many different ways.
In his 1973 hit song, “I Love,” country artist Tom T. Hall sang about his love for 25 different things—from “little baby ducks” to “life” to, of course, “you.” Certainly Hall does not love ducks in the same way he loves life or another person, yet he used the same term in reference to each. Love has broad meaning in the English language.
Such is not the case with every language, especially when it comes to the love of other people. Pope Benedict XVI pointed this out in his encyclical Deus Caritas Est:
That love between man and woman which is neither planned nor willed, but somehow imposes itself upon human beings, was called eros by the ancient Greeks. Let us note straight away that the Greek Old Testament uses the word eros only twice, while the New Testament does not use it at all: Of the three Greek words for love, eros, philia (the love of friendship) and agape, New Testament writers prefer the last, which occurs rather infrequently in Greek usage . . . The tendency to avoid the word eros, together with the new vision of love expressed through the word agape, clearly point to something new and distinct about the Christian understanding of love. (DCE 3)
So there are at least three kinds of love we can share with one another. No doubt people on both sides of the fence at the Freedom Conference sincerely intended to “love” through their actions, but the kind of love they expressed was not the same. Certainly there is some overlap among the various kinds of love, but Christians are called always to express a certain kind of love above all others.

When asked what was the greatest commandment, Jesus answered, “You shall love the Lord your God with all your heart, and with all your soul, and with all your mind. This is the great and first commandment. And a second is like it, you shall love your neighbor as yourself” (Mt 22:36-39).
It is the second commandment mentioned here that Christians must be concerned with when dealing with our fellow man. The word translated as “love” comes from the Greek word agape, the word cited by Pope Benedict as the one preferred by New Testament writers expressing “something new and distinct about the Christian understanding of love.”
If eros and philia are concerned primarily with our relationships with others, agape is concerned primarily with our relationship with God as well as with each other’s relationship with God. Christian love should be shared with anyone, regardless of our feelings. It is the kind of love which Jesus commanded that we show even to those we do not like: “Love your enemies” (Lk 6:27).
John wrote of this love even for strangers: “Beloved, it is a loyal thing you do when you render any service to the brethren, especially to strangers, who have testified to your love before the church” (3 Jn 5-6).
Ironically, it seems that people often find it most difficult to express this kind of love towards those with whom they already share one of the lower forms of love.

To express Christian love, we must first know the difference between what is good and what is bad for us as human beings and then share that knowledge with others for everyone’s good. Paul expressed this when he wrote, “Let love be genuine; hate what is evil, hold fast to what is good” (Rom 12:9).
To Timothy, Paul wrote, “[T]he aim of our charge is love that issues from a pure heart and a good conscience and sincere faith” (1 Tm 1:5).
John wrote similarly, “By this we know that we love the children of God, when we love God and obey his commandments” (1 Jn 5:2).
Paul explained what Christian love seeks to accomplish: “. . . so that we may no longer be children, tossed to and fro and carried about with every wind of doctrine, by the cunning of men, by their craftiness in deceitful wiles. Rather, speaking the truth in love, we are to grow up in every way into him who is the head, into Christ . . .” (Eph 4:14-15).
Pope Benedict wrote about this in his encyclical Caritas in Veritate, in which he referred to Christian love more precisely as charity:
To defend the truth, to articulate it with humility and conviction, and to bear witness to it in life are therefore exacting and indispensable forms of charity . . .
Without truth, charity degenerates into sentimentality. Love becomes an empty shell, to be filled in an arbitrary way. In a culture without truth, this is the fatal risk facing love. It falls prey to contingent subjective emotions and opinions, the word “love” is abused and distorted, to the point where it comes to mean the opposite . . .
A Christianity of charity without truth would be more or less interchangeable with a pool of good sentiments, helpful for social cohesion, but of little relevance. In other words, there would no longer be any real place for God in the world. (CV 1, 3-4)
By loving with the truth of Christian faith in mind, we avoid causing others to fall into sin. John wrote, “He who loves his brother abides in the light, and in it there is no cause for stumbling” (1 Jn 2:10).
Paul explained similarly: “If your brother is being injured by what you eat, you are no longer walking in love . . . it is wrong for any one to make others fall by what he eats; it is right not to eat meat or drink wine or do anything that makes your brother stumble” (Rom 14:15, 20-21).

But going even further, Christian love calls us to correct our neighbors when they do stumble. Jesus taught:
If your brother sins against you, go and tell him his fault, between you and him alone. If he listens to you, you have gained your brother. But if he does not listen, take one or two others along with you, that every word may be confirmed by the evidence of two or three witnesses. If he refuses to listen to them, tell it to the church; and if he refuses to listen even to the church, let him be to you as a Gentile and a tax collector. (Mt 18:15-17)
Paul taught likewise, “Brethren, if a man is overtaken in any trespass, you who are spiritual should restore him in a spirit of gentleness” (Gal 6:1).
Also, “[Let] each of us please his neighbor for his good, to edify him(Rom 15:2; emphasis added).
Paul practiced what he preached when he confronted Peter (a.k.a.Cephas), our first pope, about his bad behavior: “[W]hen Cephas came to Antioch I opposed him to his face, because he stood condemned” (Gal 2:11).
Paul, who considered himself the least of the apostles (cf. 1 Cor 15:9), showed by his own example of Christian love that fraternal correction should be offered to anyone—even a pope.

The Price of Love

As Pope Benedict pointed out (above) authentic Christian love is not always correctly perceived as love at all and, as such, may carry with it certain consequences. Jesus knew this yet he commanded this highest form of love anyway, with consolation: “This I command you, to love one another. If the world hates you, know that it has hated me before it hated you . . . Remember the word that I said to you, ‘A servant is not greater than his master.’ If they persecuted me, they will persecute you” (Jn 15:17-18, 20).
Hatred and persecution may happen even among family members:
Do not think that I have come to bring peace on earth; I have not come to bring peace, but a sword. For I have come to set a man against his father, and a daughter against her mother, and a daughter-in-law against her mother-in-law; and a man’s foes will be those of his own household. He who loves father or mother more than me is not worthy of me; and he who loves son or daughter more than me is not worthy of me . . . (Mt 10:34-37)
It is significant to note that in the previous passage the words rendered as “love” are translated from a form of the Geek word philia, which Pope Benedict referred to (above) as the love of friendship. Jesus taught that we must place Christian love above that.
Considering once again the Freedom Conference mentioned earlier, it seems that the Christians who opposed the conference were acting purely out of philia love, failing to observe authentic Christian love.
This should be alarming for them because when a person puts friendly relationships ahead of the truth he risks aiding others in separating themselves from God. This should be of grave concern to any Christian, for in Jesus’ own words, “[W]hoever causes one of these little ones who believe in me to sin, it would be better for him to have a great millstone fastened round his neck and to be drowned in the depth of the sea” (Mt 18:6).
To such people we can offer exhortations from our first pope as well as from our current pope:
“Having purified your souls by your obedience to the truth for a sincere love of the brethren [philia], love [agape] one another earnestly from the heart” (1 Pt 1:22).
“To love someone is to desire that person’s good and to take effective steps to secure it” (Caritas in Veritate, 7).
By Jim Blackburn 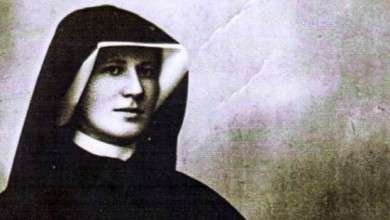 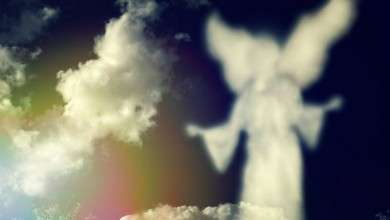 “I Was Detained”: A Rare Glimpse Into the Dramatic World of Angelic Warfare

Top 10 Most Ornate Cathedrals in the world