“Second Chance Month” is a joint effort from a national prison ministry, conservative and liberal groups to give ex-convicts a chance to reenter society.
Prison Fellowship’s senior vice president, Craig DeRoche told Christian Headlines: “We believe people with a past can rise from their failure, repay their debt and restore and heal our communities that are affected by crime.
“There is no such thing as a throwaway person and by granting second chances to those who have earned them will be contributing to the restoration of families, communities and our nation.”
Offering second chances isn’t a new concept by any means.
Jesus offered us all a second chance when he died on the cross for our sins and Pope Francis has repeatedly asked us to help those on the fringes of society.
Just last year Pope Francis celebrated Mass for the Jubilee of Prisoners in St. Peter’s Basilica, where he stated: “The message that God’s word wants to bring us today is surely that of hope…The hope of being born to a new life, then, is what we must make our own, if we are to be faithful to the teaching of Jesus.
“Hope is a gift of God…We need to nourish the roots of our hope so that they can bear fruit; primarily, the certainty of God’s closeness and compassion, despite whatever evil we have done.


“There is no corner of our heart that cannot be touched by God’s love. Whenever someone makes a mistake, the Father’s mercy is all the more present, awakening repentance, forgiveness and reconciliation.
“…Mercy, as the expression of God’s love, is something we need to think about more deeply.  Certainly, breaking the law involves paying the price, and losing one’s freedom is the worst part of serving time, because it affects us so deeply.”
DeRoch and representatives of the NAACP, the Heritage Foundation, the American Civil Liberties Union and Koch Industries united to speak Thursday, March 30, to call politicians to reduce the nearly 50,000 statutes limiting the rights of those with criminal records.
Nearly 1 in four adults have criminal records, which restricts them from voting, inhibits their abilities to find work or expand their education.
Casey Irwin, an ex-convict who served time for drug possession and assaulting a police officer was present at the news conference, where she shared her story.
“I made poor choices,” Irin admitted. “I’m still a normal human being and I need a place to eat and I need a place to sleep and I need a place to work.”
After serving her time in prison, the prison ministries helped her find work, housing and transportation. She now works as the manager of a KFC and attends a megachurch in Minnesota.
“Today, 65 million American adults have a criminal record, that is one in four adults,” DeRoach announced. “Each of our fellow citizens who has a criminal record is subjected to a life sentence of seemingly indiscriminate and debilitating punishment.”

He held up a 24-foot-long scroll of over 24,000 federal, state and local legal restrictions and regulations for those who were found guilty of criminal activity.
“The current system that we are up against is immoral,” DeRoach stated, according to The Christian Post.
“There is no scriptural basis for [Christians] to condescend or lower someone’s humanity and their worth based on something that they have done in the past, especially when they have paid it back.
“Christians should be very troubled by any structure that indiscriminately devalues human life and disregards human beings. And that’s essentially the scheme that we’ve created with all kinds of collateral consequences.
“We tend to think as Christians whenever we hear about these systemic issues in America that have gone south we say ‘well that’s not true in my congregation.’ But mathematically it has to be true.


“Every congregation has people that if it isn’t them personally, people that they know and love have been affected by falling into an addiction, broken the law, spent the night in jail.”
DeRoach understands the limitations as he also has a criminal record. He was once an alcoholic who was arrested twice. Finally, he turned to Christ, succeeded in rehab and has been sober since 2010 – but the thousands of restrictions still loom over his head, as they do above nearly 65 million other Americans who have limited access to necessary amenities, such as housing, which restricts them from living full and productive lives.
Ngozi Ndulue of the NAACP told Prison Fellowship, “This is an issue that doesn’t just impact conservatives or liberals. It impacts all of us.”
Barry Pollack of the DACDL added, “We are in this together to help those who have paid their debt to society and need to have their rights restored.”
Sentencing reform is already gaining momentum on state and federal levels, so during the Q and A following the news conference, when USA Today reporter Lottie Joiner asked if they saw the Trump administration helping with the reform, Udi Ofer of ACLU, stated: “Look at this diverse group of people up here. From the ALCU to The Heritage Foundation. We have all found common ground with this and can get it done.”
The diverse group spearheading the restriction reform was brought together by Steven Hawkings, president of the bipartisan Coalition for Public Safety.

Following the speakers presentation, he stated: “I think there is an opening now [for real reform]. People are looking for something that bridges ideological divisions…to be able to have conversations that bridge both the left and the right, coming together with an understanding that we have to do something around justice reform.

“This is the one issue that really can unite Congress and the country.” 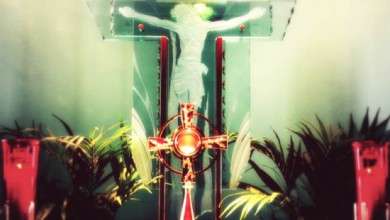 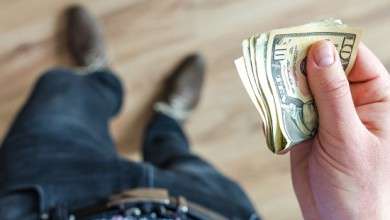