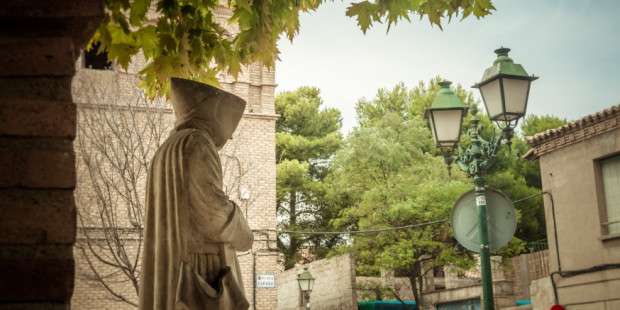 Catholic Home » Prayers » Q&A » What Is the Difference Between a Friar, a Monk and a Priest?

A reader writes: “Can you please help me to understand the differences between friar, monk and priest? I appreciate your attention.

These are somewhat flexible terms; popularly they are all understood to involve a life of sacrifice and poverty. But while all variation of priesthoods may be equivalent, their vocations are not exactly alike, except in that they are meant to live their lives in service. A priest may be monastic, or religious, or “secular” (also called “diocesan”), but they are all clergy.

A priest in the Catholic Church is a man who has received the sacrament of Holy Orders and has therefore undertaken the duties of celebrating the Sacrifice of the Mass, hearing confession, giving absolution and other sacraments “in persona Christi” and to perform other duties of pastoral ministry and, sometimes, administration.

A priest may be connected to a diocese or to a religious order, or to a monastic house (an abbey or priory/convent). All priests, whether diocesan or religious, address celibacy and obedience to their superiors:

Diocesan priests do not take vows (or promises) to poverty and maypossess and inherit property.

Priests vowed to a religious order (like the Franciscans, Dominicans, etc) or a monastic community (like the Benedictines or Cistercians) do make vows of poverty, surrendering any income they generate through their works to their superiors. So a Dominican writer earning profits from his books will turn those royalty checks over to the Order of Preachers. A Trappist writer will turn his earnings over to his abbot or prior, for the benefit of the whole community.

The word “friar” is from fraire (from the Middle Ages — the fraire Provençal), which means “brother.” The word arose with the creation of the mendicant (traveling/preaching) orders in the late Middle Ages, most predominantly by Saint Francis (Franciscans) of Assisi and Saint Dominic (Order of Preachers, or “Dominicans”). These “new religious” were no longer tied to monasteries and convents but went out among the people, to preach and to pray, to educate and to serve the sick.

The word “monk” comes from the Latin monachus, a word for hermits, rooted in a meaning of “solitude.” It is related to the emergence of the first experiences of contemplative men and women, such as the Desert Fathers and Mothers. Saint Benedict of Nursia (480-547) is considered the founder of Western Monasticism.

Finally, it is possible for a priest to be neither “secular”, nor “friar”, nor “monk” but still be a religious. A Jesuit priest (Society of Jesus), or a Pauline priest (Society of Saint Paul), or a Salesian priest (Society of St. Francis de Sales, aka Salesians of Don Bosco) is fully a priest and will make the same vows of poverty, chastity and obedience to their religious superiors, just like friars and monks, but they are simply priests of their respective communities.