The satanic ceremony inverts the Catholic liturgy for its own demonic purposes.

Around Halloween there are often news reports of “Black Masses” being celebrated. What exactly is a Black Mass and what is its relation to Catholicism?

A Black Mass is a ceremony typically celebrated by various satanic groups. It has existed for centuries in different forms and is directly based on a Catholic Mass.

However, a Black Mass takes the Catholic Mass and inverts it, intentionally mocking the Catholic celebration. Participants often use a consecrated Eucharistic host and desecrate it, using it in obscene ways. This is one of the reasons why tabernacles in Catholic Churches have locks and why some parishes have an usher stand next to a communion line. Both policies aim at protecting the Eucharist from being used in a Black Mass.

Interestingly enough, former satanist Betty Brennan said in a talk that many satanists and witches know the difference between a consecrated host and an unconsecrated host, being able to sense the presence of God in a consecrated host. She claims that if a thousand hosts were put on a table, the satanist would be able to find the one that was consecrated.

This would be in line with many passages in the Gospels where a person influenced by a demon knew that Jesus was the Messiah.

A Black Mass will often include priestly vestments and the recitation of Latin prayers, altering the Latin to be focused on Satan instead of God.

Other rituals included in a Black Mass are sexual in nature and include various perverse sexual acts.

The goal of a Black Mass is the exact opposite of a Catholic Mass. Jesus instituted the Eucharistic celebration to strengthen our communion with God and other people, while the satanic mass sows division and confusion.

Ever since his fall from heaven, Satan has been influencing humans in a negative way and tries to put a wedge between them and God. The Black Mass is one of the ultimate ways that Satan has devised to create in an individual a particular hatred of God, convincing them to desecrate a host that Catholics believe possesses his Real Presence. 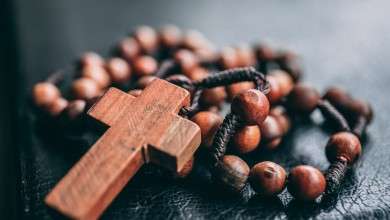 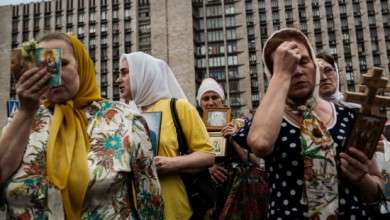 Why do Eastern Christians make the Sign of the Cross “backwards”? 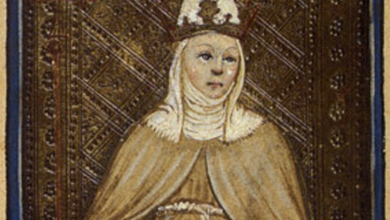 Is there any truth about the legend of “Pope Joan” the female pope?