Have you ever wondered what it would be like to go to confession with Pope Francis?

One American studying in Rome recently got an answer to that question. And she the called the experience a genuine encounter with a spiritual father – that was also surprisingly normal.

“Pope Francis practices what he preaches when he speaks of being a tender father in the confessional,” Leslie Knopf told CNA March 11.

She said the Pope was very kind during the whole confession and was intentional in understanding her and where she was coming from. However, he also made sure to get to the heart of the matter being discussed.

“It was the most private audience you could ever have with the Pope, because no one would interrupt us, it was just one-on-one to be able to receive the mercy of God in that moment,” she said.

Knopf said she was “completely comfortable” being herself, and that she and the Pope even shared a few laughs over some Italian words she had difficulty pronouncing. The Pope, she said, “was fully present to the needs of my soul.”

“It was a true experience of mercy, which is not merely saying that everything is okay, but truly a call to conversion.”

Knopf, originally from Louisville, Ken., is currently earning her licentiate in Internal Church Communications at Rome’s Pontifical University of the Holy Cross. She also serves as Communications Director for Catholic Bytes, and director for a new initiative called Misericordia Media.

She was one of several individuals who had the opportunity to go to confession with Pope Francis March 4 during his annual “24 Hours for the Lord” event, which takes place the fourth Friday and Saturday of Lent inside St. Peter’s Basilica.

A worldwide initiative led by Pope Francis, the event points to confession as a primary way to experience God’s merciful embrace. It was launched in 2014 under the auspices of the Pontifical Council for the Promotion of the New Evangelization.

As part of the penitential service, Pope Francis went to confession himself before administering the sacrament himself to a number of individuals, one of whom was Knopf.

She said that she had no idea she would be confessing with the Pope, and only found out the day before. “It was a total surprise,” she said, explaining that she was selected due to her involvement with Misericordia Media.

An initiative of the Jubilee of Mercy, the Misericordia Media is a project of Catholic Bytes and offers an audio reflection for pilgrims walking through the Holy Door in St. Peter’s Basilica, as well as a brief, 10 minute video on the presence of the theme of mercy throughout the basilica.

Knopf said that during the confession, Pope Francis gave her general advice which is applicable to all areas of her life.

She said it was particularly meaningful to go to confession with the Pope during the Jubilee of Mercy, since he has placed such a strong emphasis on the sacrament during the Holy Year.

“That was one of the main points of my experience that was so beautiful,” she said, adding that another significant part of the confession was that it was so “beautifully normal.”

“It really put into perspective that I’m meeting Christ in the confessional,” Knopf said, noting that every time she goes to confession Christ is the one forgiving her sins, “and my preparation should reflect that regardless of who is acting as his representative in the confessional, whether that be a first year priest or the Vicar of Christ on earth.”

For those who are afraid to go to confession or who haven’t been in years, Knopf told them not to be afraid, and to focus on what Pope Francis has often said during the Jubilee: that in the confessional, it is the “merciful face of Christ” that we encounter.

Is it required that the bodily remains or cremains be present at a Catholic funeral? 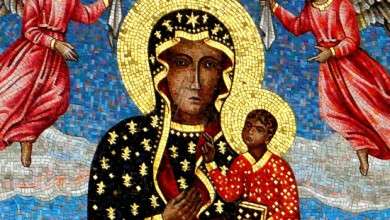 The Truth About Demons 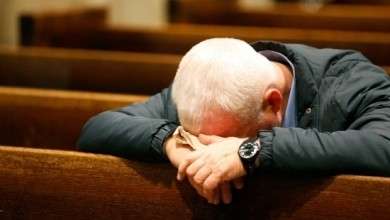 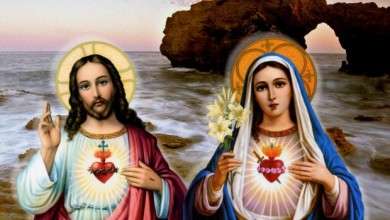 PRAYER FOR THIS MORNING (SUNDAY, JULY 12)