No, Jesus did not speak English.

Comedian Jim Gaffigan often jokes in his stand-up routines, “I speak English, the language Jesus spoke!” It always provokes laughs from the audience, but it also reminds us of a simple fact: Jesus did not speak English. Sometimes we forget that and it can affect the way we treat the words of Jesus that are printed in our Bibles.

Jesus lived in a certain period in history and in a specific region in the world. He was raised by parents who lived in that same area and who taught him how to speak using a language they were taught as children.

What language what it?

In 1st-century Palestine, three languages were spoken among the people: Aramaic, Greek and Hebrew. Each had its own function and was used by specific groups.

Aramaic is widely accepted by scholars as the primary language Jesus spoke. Zondervan Academic lists several reasons why this may have been the case.

The overwhelming majority of documents and inscriptions recovered from the era are in Aramaic. Although documents do exist in Greek, Hebrew, Latin, and other languages, they are a minority. And even though many religious texts are in Hebrew (for example, of the Dead Sea Scrolls, 15% are in Aramaic, 3% are in Greek, and the rest in Hebrew), most nonreligious texts—contracts, invoices, ownership claims, and other kinds of ordinary communication—are in Aramaic.

Scholars have discovered that the ancient language of Hebrew, by the time of Jesus, was used in a similar capacity as Latin is today. Few people know how to speak Latin, and the language is primarily reserved for religious ceremonies and texts. In a similar way Hebrew was preserved by the religious leaders of first century Palestine, but it was not a common language that everyone knew how to speak. Jesus demonstrated that he could read Hebrew when he picked up a scroll in the synagogue (Luke 4:16–30), but most of his illiterate disciples would not have known Hebrew.

Greek was also a language spoken, passed on from the Hellenization that occurred centuries before. The Hebrew Scriptures were even translated into Greek into what is now called the Septuagint. Jesus was likely familiar with Greek, but again it was not a language spoken by the crowds of poor people he frequently addressed.

On the other hand, by the time the evangelists sat down to write the Gospels they were writing to specific communities and Greek became the common language that they could present Jesus’ words. Jesus may have spoken Aramaic, but the Gospel writers wrote his words down in Greek. The Church believes that these human writers were ultimately inspired by the Divine Author of scripture, the Holy Spirit, thus preserving Jesus words from human error.

After the original Greek text, every other language is viewed as a translation and the Catholic Church has taken great care to make sure that each translation is accurate and reflects the language and culture of 1st-century Palestine. 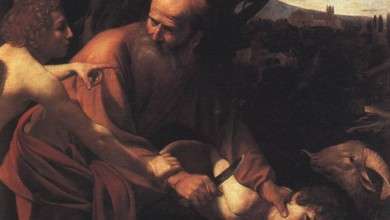 Would God Have Sinned in Having Isaac Killed?

What Happens When You Withhold a Sin in Confession

Who was the first priest to be ordained in the U.S?

My mom would like to go on some sort of trip over the Easter holiday, but I would rather spend the time in prayer. What should be the proper plan of action?